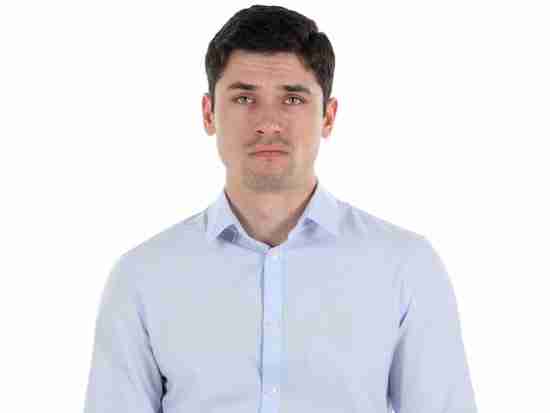 You know what? I don’t feel like writing about mood or anxiety this week. But there is something that’s grabbed my attention. That would be psychopathy. Truly a fascinating subject and this is an interesting perspective. Let’s roll…

Did some Very Scary People binge-watching a week ago. The session included episodes about Aileen Wuornos, John Wayne Gacy, and Charles Manson. Riveting stuff, if you ask me.

Do you feel the same?

One of the things that especially interests me is the personal and family history of these guys and gal. I mean, as heinous as their crimes were, and the devastating impact upon families, I can’t help but have empathy for them. What they endured in their developmental years, through no fault of their own, was just horrible.

It was right to hold them accountable, but these were legitimately ill people.

By the way, did you know psychopathy isn’t an independent diagnosis in the DSM-5? It’s considered a component of antisocial personality disorder.

“What Lies Behind: The Hidden Suffering of the Psychopath”

Spent some time on Psychiatric Times the other day and an article jumped-out at me. “What Lies Behind: The Hidden Suffering of the Psychopath” was written by renowned psychiatrist Willem H. J. Martens, MD, PhD.

The article brings forth an interesting perspective, so I’d like to summarize it for you…

So it seems the psychopath has earned the stereotype of a cold, heartless, inhuman being. But Martens wonders if traditional diagnostic features apply to all psychopaths. Yes, do they all show a complete lack of normal emotional capacities and empathy?

The good doctor points-out that, like healthy individuals, many psychopaths love family members, as well as their pets. But loving and trusting the rest of the world is a different story. Martens goes on to observe that psychopaths suffer emotionally as a consequence of separation, divorce, death of a beloved person – and their own deviant behavior.

In his article, Dr. Martens shares numerous diary entries from one of his psychopathy patients who died several years ago. This would be a good time to review a portion of one of the entries…

My empathy and emotions were frozen in my youth as a result of all sorts of aversive experiences: tensions between my parents and lack of safety at home, a lack of social contacts and associated social-emotional exercises and feedback. Episodically, I suffered from social seclusion and loneliness, my incapacity to fit in and the awareness that the distance between me and others, which was unbridgeable, became even worse.

I realized that I was and would remain a stranger no matter what my attempts would be to socialize. It was sometimes simply unbearable to keep on feeling these dark emotions that were evoked by this constant stream of negative experiences. And at some point, perhaps as a consequence of being overcharged, my emotional fuse broke down and it turned to be cold inside. I remember that I was 8 or 9 when I became suddenly aware of the fact that I was forever changed…

Sources of sadness and emotional pain 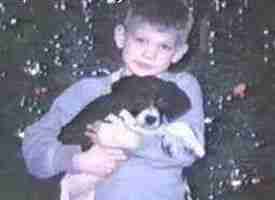 Jeffrey Dahmer with his dog, Frisky

According to Dr. Martens, psychopaths can suffer sadness and emotional pain for any number of reasons. Just like most of us, psychopaths have a deep desire to be loved and cared for. Of course, the desire is typically unfulfilled because of their repellent personality characteristics. So much for warm, close bonds.

In many cases, psychopaths are at least periodically aware of the effects of their behavior on others and can be genuinely saddened by their inability to control it.

Dr. Martens emphasizes that despite their outward arrogance, psychopaths feel inferior to others and know they’re stigmatized by their own behavior.

Some psychopaths are superficially adapted to their environment and are even popular, but they feel they must carefully hide their true nature because it won’t be acceptable to others. This leaves psychopaths with a difficult choice: adapt and participate in an empty, unreal life, or don’t adapt and live a lonely life isolated from the social community.

Dr. Martens shares that as psychopaths age, many of them aren’t able to continue with their energy-sapping lifestyle. Hence, they often become burned-out and depressed. Their physical health may deteriorate, as well.

In all too many cases the psychopath reaches a point of no return, where they feel they have cut through the last thin connection with a normal world.

Dr. Martens brings psychopathic serial killers Jeffrey Dahmer and Dennis Nilsen into the conversation. Both stated they killed simply for company. Neither had friends and their only social contacts were the occasional encounter at a bar.

Heck, Nilsen watched TV and chatted for hours with the dead bodies of his victims. And Dahmer ate portions of his victims’ bodies to become one with them. It may not be something that you or I would ever think about, but the dead don’t leave.

Finally, violent psychopaths are at high risk for targeting their aggression toward themselves just as much as toward others. They may believe all life is worthless, including their own.

Like I said, I didn’t want to write about mood or anxiety this week. Well, at least I stayed in the field.

Psychopathy has always fascinated me. Perhaps you, as well. It’s only fair that we’re exposed to all sides of the story. Dr. Martens sure helped us with that.

Oh, almost forgot! Do you know who the famous psychopathic killer is in our lead image? (Actually, he isn’t one – just a guy.)

No way could I include everything the good doctor wrote. Check-out the original article: What Lies Behind: The Hidden Suffering of the Psychopath.

If you’re looking for some light and reflective reading consider my eBook, Feelings & Rhymes Through Treacherous Times.

Plenty more Chipur reading to dig into. Those hundreds of Chipur titles.

Next Post: Love: Don’t give up and never let it go

Previous Post: Trying to be someone you’re not? Maybe you need a time-out.