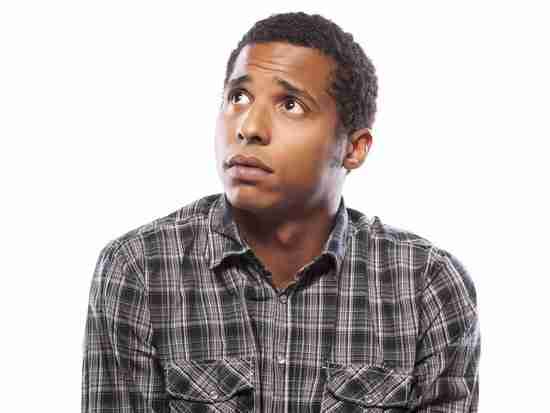 You’ve managed to weather your major depressive episodes. But when the voices began, you were sure you’d fallen into an abyss. Here’s what you need to know about psychotic features in major depressive disorder…

…it’s thought that the stress hormone cortisol may be involved. It’s significant that high levels of cortisol are often found in folks with depression.

Our friend above is having a rough go. He’s already enduring a major depressive episode, but now he’s hearing voices.

He knows something is horribly wrong – and he’s terrified. Let’s get him some information and support.

What are psychotic features in major depressive disorder?

First and foremost, if you’ve been diagnosed with major depressive disorder (MDD), experiencing psychotic features doesn’t necessarily mean you meet criteria for one of the DSM-5 Schizophrenia Spectrum and Other Psychotic Disorders.


By the way, if you did, life would certainly go on.

Major depressive disorder with psychotic features is also referred to as “psychotic depression.” It’s believed that 15-20% of those diagnosed with MDD experience psychotic features. It seems to become more common as people age.

No doubt about it, it’s a troubling condition that merits the immediate and ongoing care of a medical professional – I believe a psychiatrist. And a therapist can be very helpful.

So what exactly are the psychotic features In MDD? What do they look like? Most often these two…

Disorganized or disordered thinking may also be a psychotic feature. Keep in mind, it’s much more complicated than the thinking, concentration, and decisiveness issues any of us may experience.

Okay, there are two types of psychotic features in MDD…

Some individuals experience both.

Hallucinations and delusions can be extremely scary – even dangerous.

Fact is, suicidal ideation and behavior may make the scene. For that reason I’ve included emergency resources at the end of the article. 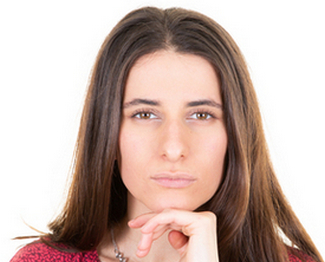 “I don’t know how or why this is happening, but I’m going to learn all I can and keep moving forward.”

Like most anything else in the emotional and mental health world, the bottom-line cause of psychotic features in MDD is largely a mystery.

What a surprise, right?

That being the case, it’s helpful to consider risk factors and triggers.

To name a few: family history of bipolar disorder or MDD with psychotic features, family history of schizophrenia, a major negative life event in the past year, ongoing financial troubles, aging, being a loner.

Scientists believe a combination of genes and stress can generate the production or alteration of certain chemicals in the brain that contribute to psychotic features.

Among them are dopamine and serotonin. And it’s thought that the stress hormone cortisol may be involved. It’s significant that high levels of cortisol are often found in folks with depression.

That’s about all I can offer. However, research – hope – really does continue.

How are psychotic features in major depressive disorder treated?

The first-line treatment for MDD with psychotic features is a combination of an antidepressant and an antipsychotic.

The antipsychotics prescribed will most likely be of the newer – atypical – class, which have a better side effect profile than the original antipsychotics.

When it comes to meds, risks are always involved. And that’s the case when combining an antidepressant and an antipsychotic.

My money says your psychiatrist is aware of the risks and will take care in prescribing. A physical examination and blood work may be requested.

Therapy is a great intervention for MDD with psychotic features. Keep in mind, though, the mission is management, not long-term cessation.

Now, the therapeutic work on MDD may lessen the frequency and intensity of psychotic episodes. However, approaching the work with the idea that they’ll totally go away is unrealistic and can be counterproductive.

Though the presence of psychotic features in major depressive disorder is the exception, it needs to be part of the conversation here on Chipur.

As with any other condition we address, education – facts – bring relief.

If you’ve been diagnosed with major depressive disorder with psychotic features, stay on course with your psychiatrist and therapist. It’s that important.

And if psychotic symptoms are presenting for the first time, no matter the circumstances, seek medical attention immediately.

Never forget, major depressive disorder with psychotic features is a manageable set of circumstances – with diagnosis, treatment, and monitoring.


As with anything we discuss, action speaks louder than words.

Thanks for the info: Healthline, Verywell Mind

Plenty more Chipur mood and anxiety info and inspiration articles in the stable. Open the doors.

Next Post: COVID-19: “Will it ever end?” Thoughts and suggestions