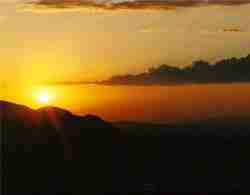 “I‘m willing to admit I have PTSD, and I’m pretty sure I’m ready to come forward for treatment. But before I commit, just what does it involve?”

Several days ago we began a need-to-know series on posttraumatic stress disorder (PTSD). In Part 1 we chatted what it is, in Part 2 we reviewed its causes.

So now it’s time to wrap the series by discussing how it’s treated.

Heads-up. For the meds portion of our review, I’ve turned to the U.S. Dept. of Veteran Affair’s National Center for PTSD for reference. There are so many new developments, and things can be a bit confusing, so I wanted to tap a reliable source.

In the treatment of PTSD, medications are often used to manage the biological foundation of PTSD symptoms. And they’re also used to treat the emotional/mental disorders that may accompany them.

When meds are prescribed most effectively, three main PTSD symptom clusters were considered…

The selective serotonin reuptake inhibitor (SSRI) antidepressants appear to work best for PTSD, so they’re typically used first. There are two FDA approved SSRIs for the treatment of PTSD: sertraline (Zoloft) and paroxetine (Paxil). Of course, other SSRIs may be used off-label.

Other antidepressants may be used, as well. The serotonin norepinephrine reuptake inhibitor (SNRI) venlafaxine (Effexor) is considered a first-line treatment for PTSD. And mirtazapine (Remeron) and nefazodone (Serzone) have produced good results.

As a stand-alone therapy for PTSD, the anticonvulsant mood stabilizers are not considered to be effective. However, if bipolar disorder exists along with PTSD, they may be helpful.

Similar to the anticonvulsant mood stabilizers, atypical antipsychotics are not recommended as stand-alone therapy for PTSD. They are, however, used when PTSD co-exists with bipolar disorder, psychotic symptoms, or a psychotic disorder.

Alone, and in conjunction with meds, psychotherapy can have a powerful positive impact upon PTSD. Here are three that have produced excellent results.

Group work may well be the most beneficial psychotherapy for PTSD. This is especially true for military personnel and veterans. Sharing with a group of one’s peers is so effective. And for trauma survivors, it’s because they feel as though they can take the risks involved in sharing their experiences – in what they perceive to be a safe, cohesive, and empathetic setting.

In short order, a sense of confidence and trust is often developed, as together the group works through feelings such as guilt, shame, rage, fear, doubt, and self-condemnation.

The mission is to work toward moving on with one’s life, as opposed to becoming stuck in the throes of despair and helplessness.

Cognitive-Behavioral Therapy (CBT) works to discover one’s faulty patterns of thought and change them. And then it’s on to taking these fresh thoughts – and emotions and behaviors – to the real world for application, practice, and refinement.

Within the context of CBT, the following therapeutic work can be done: exposure therapy, cognitive restructuring, relaxation, self-talk, assertiveness training, and then some.

EMDR is a technique that assists in helping one look at memories of the trauma – the negative thoughts, feelings, and sensations experienced at the time of the event. The goal is to change how one feels about these memories, allowing the individual to develop more positive emotions, behavior, and thoughts.

During EMDR, one is asked to concentrate on an image connected to the traumatic event – and the related negative emotions, sensations, and thoughts – while paying attention to something else. That something else is typically the therapist’s fingers moving from side to side in front of the individual’s eyes.

And so the idea is: in time, one feels less distressed about the image because she/he is being asked to concentrate on it while having positive thoughts relating to it.

There’s just no way we could review each and every treatment available for PTSD. Besides, new developments are emerging all the time. But at least you’ve gotten a sense of how PTSD is treated, and perhaps that will allow you to feel more comfortable in pursuing assistance.

And that’s a wrap on the chipur need-to-know series on PTSD. I hope you found it meaningful.

If you’d like to see a listing of all chipur Feelin’ Better articles, tap right here.