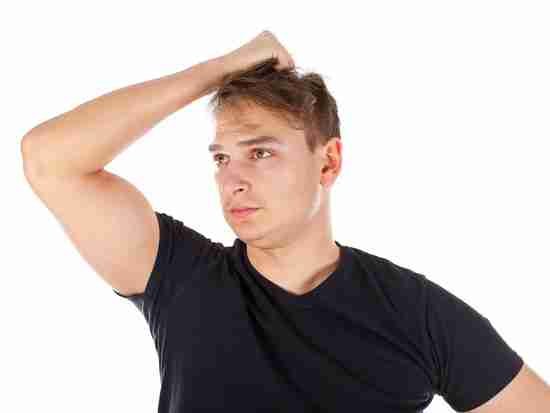 “My therapist keeps telling me to do relaxing things like meditation, yoga, and mindfulness exercises. Why doesn’t she believe me when I tell her they make my anxiety worse?” I’m sure your therapist isn’t trying to be a meanie, but show her this article next session. Relaxation-induced anxiety is the real deal…

Since most of the things we worry about don’t happen, reinforced in the brain is, ‘See, I worried and nothing bad happened, so it makes sense that I should continue worrying.’

Why does it have to be so hard, right? I mean, sure makes sense that doing relaxing things would soothe the anxious beast. But, no, it doesn’t go that way for so many of us. Heck, the frustration factor is right up there with meds that work just great for others, but fail to do the job for us.

So what are we going to do? Can’t get all ticked-off, collect our toys, and leave the playground. Nah, it’s times like these that we need to learn all we can about our “eccentricities,” understand we’re not alone in them, make the indicated adjustments, and roll-on.

“People with Anxiety May Strategically Choose Worrying Over Relaxing”

I really enjoy finding cool stuff to bring your way. Believe me, there’s so much interesting and hopeful activity going-on out there. And so it is with new research from Penn State University, as detailed in the article, “People with anxiety may strategically choose worrying over relaxing,” written by Katie Bohn for Penn State News. The study was published in the Journal of Affective Disorders.

So, okay, those of us who wrestle with anxiety may actively resist relaxation in an effort to continue worrying. Why would we do that? According to psychology professor Dr. Michelle Newman and team, it’s to avoid a large jump in anxiety should something bad happen.

My personal experience has me buying what they’re selling. Still, let’s have a little bit more…

The team found that people who were more sensitive to shifts in negative emotion – for instance, quickly moving from a relaxed state to one of fear – were more likely to feel anxious while being led through relaxation exercises.

“People may be staying anxious to prevent a large shift in anxiety, but it’s actually healthier to let yourself experience those shifts. The more you do it, the more you realize you can do it and it’s better to allow yourself to be relaxed at times. Mindfulness training and other interventions can help people let go and live in the moment.”

By the way, can you relate to being sensitive to shifts in negative emotion?

Why Do Relaxation Treatments Ramp-Up Anxiety? 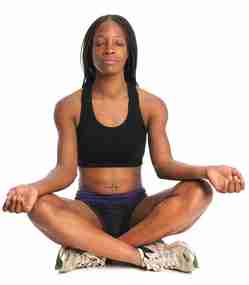 Dr. Newman says researchers have known about relaxation-induced anxiety since the 1980s, but the specific cause remains in the shadows. Actually, Newman believes she began shining some light on the matter when she developed the contrast avoidance theory in 2011.

I think you’ll find this very interesting and helpful. The contrast avoidance theory revolves around the notion that we may intentionally (perhaps without knowing it) make ourselves anxious as a way to avoid the letdown we might feel if something – anything – bad were to happen.

Of course, such thinking does us absolutely no good and only makes us more miserable. But here’s the biggie! Since most of the things we worry about don’t happen, reinforced in the brain is, “See, I worried and nothing bad happened, so it makes sense that I should continue worrying.”

Sure makes sense to me???

The Guts of the Study

The participants were led through relaxation exercises before watching videos that held the potential to generate fear or sadness. Then it was on to answering questions designed to measure sensitivity to changes in emotional state.

Well, the team led the participants through another relaxation exercise session before asking for the completion of a second survey.

Here’s the bottom-line: The GAD patients were more likely to be sensitive to sharp spikes in emotion – like going from feeling relaxed to being frightened or stressed. And the team linked the sensitivity to feeling anxious during sessions intended to induce relaxation.

Though not as strong, the same results were noted for the MDD patients.

According to graduate student Hanjoo Kim…

I’ve been on a mission for decades to negate the freak-factor involved with living with an emotional or mental health disorder. I’ve said it time and again: knowing others were in the same boat provided tons of comfort in the early years of my disorder experience.

Does your anxiety spike when you attempt to do something relaxing? Well, you aren’t alone, and now you have some insight into why it happens, and what to do about it.

And here are hundreds upon hundreds of Chipur mood and anxiety disorder-related titles for your perusal.

Next Post: Do We Have Free Will When Living with an Emotional or Mental Disorder?