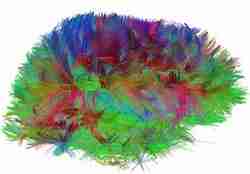 “I‘m always hearing about research for the relief and cure of Alzheimer’s, breast cancer, and AIDS. So, what about depression? What about me?!”

How disheartening it must be to suffer so badly, and believe your disorder isn’t leading the research hit parade.

But there really is exciting work being done in an effort to understand depression, and deliver new and effective interventions. A cure one day? Hey, why not?

Check-out the fascinating and hopeful work of a team of UCLA researchers. The study results were published just this week in the online journal PLoS ONE.

The Constellation of Depressive Symptoms

If you endure depression, you know its symptoms can be many and varied – well beyond feeling “bummed-out.” Presenting can be attention and concentration problems, anxiety, issues with memory, disturbed sleep, and so much more.

Well, it’s this constellation of symptoms that grabbed the attention of the UCLA research team. Going into their work, they were wondering, “What’s up with that?” In fact, they were thinking it was about some sort of brain malfunction involving the networks that connect assorted brain regions.

And you know what? Their study shows that those enduring depression have increased connections among most brain areas. As they put it, the brains of depression sufferers are “widely hyperconnected.”

That’s a huge discovery, because depression researchers have traditionally sought to identify the individual brain areas responsible for the assorted symptoms of depression. So, it seems we’re now headed in a different, and correct, direction.

According to the study’s first author Dr. Andrew Leuchter…

So Leuchter believes the depressed brain has no problem maintaining its ability to form functional connections. But it loses the ability to turn them off. And that dynamic may be key in understanding, and accounting for, the symptoms of depression.

The Workings of the Study

How was the work put into motion? Recruited were 121 adults who were enduring major depressive disorder. The functional connections of their brains were studied by measuring the synchronization of brain waves. This allowed the team to take a peek at networking among different brain regions. Without going into detail, their methodology was unique – cutting edge.

And what did they find? The participants, indeed, showed increased synchronization across all frequencies of electrical activity. The bottom-line? Dysfunction was noted in many different brain areas.

The area of the brain that showed the greatest degree of abnormal connections was the prefrontal cortex, which is heavily involved in regulating mood and solving problems. When brain systems lose their flexibility in controlling connections, they may not be able to adapt to change.

That led Leuchter and team to pose this question: To what degree do discovered “abnormal rhythms” drive the abnormal brain chemistry seen in depression?

Leuchter acknowledges that antidepressants alter the electrical rhythms of the brain as levels of brain chemicals (such as serotonin) are changing. So perhaps that means antidepressants produce results because they repair the brain’s electrical connections. And that leads to a normalization of brain connectivity.

Ah, but it’s only theory and needs to be confirmed. And that’s where Leuchter and team are going next.

Take heart, depression sufferer. And the same applies to those enduring an anxiety disorder or bipolarity. There really is a lot of exciting and hopeful work being done.

Oh, it may not get the publicity afforded Alzheimer’s, breast cancer, and AIDS research; however, it’s happening.

Science hasn’t given-up. You can’t either!

Would you like to read more chipur articles on the biology of depression, anxiety, and bipolar disorder? Well, tap right here!