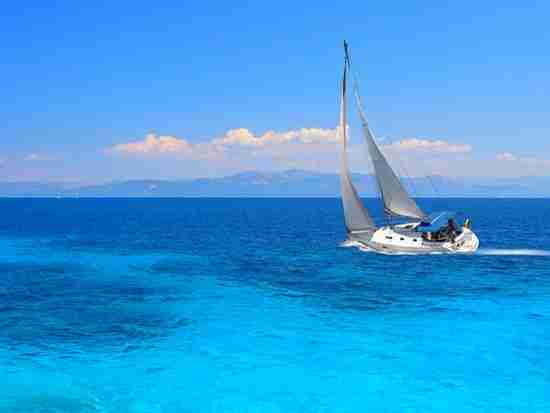 Powerful relief and healing techniques loom large – in-the-moment – when you’re dealing with major depressive disorder, panic attack symptoms, PTSD, and more. So often it’s about our thinking, and how we react, in kind. Here’s a nice technique to help you bust that anxiety…

Ready to set off? Anchor up…

And as you hit pause, take several calming abdominal breaths. You can do that very discretely, as the spotlight is not on you (though you’re convinced it is). Just take your time, gaining some physical, mental, and emotional stability and perspective.

So let’s set the scene. You’re going out to dinner with a friend. Lord knows you didn’t want to; however, you – the one who can’t say “no” – caved-in.

Well, the event’s at hand; and you find yourself on the threshold of being trapped in one of your most uncomfortable and vulnerable positions – seated at a table for two, smack-dab in the middle of the main dining room of a tony restaurant. If the setting alone isn’t spooky enough, you have a history of becoming horribly anxious when eating in front of people.

Shortly after you’re seated, and have downed the first of several martinis, you begin to feel super-edgy. You’re becoming squirmy in your chair, and you’re convinced all eyes are now focused upon you. “Dang,” you say to yourself, “I can’t take just sitting here until the martinis kick-in. And going back and forth to the restroom’s gonna’ look kinda’ weird.”

And wouldn’t you just know it – after about five long minutes of this self-abuse, you begin to sense the presence of a panic attack as it approaches your table on a serving cart.

Okay, right at this very moment – stop everything. Now, slowly take a few subtle and calming abdominal breaths and begin whispering to yourself…

Yes, say it to yourself as you begin to feel those warm and fresh breezes of relief upon your skin – the ones you felt just a bit ago as you were saying it in a more immediately secure environment.

And here’s the magic…

Can you see how neat and effective this little acronym and technique can be? Now, it may take some time before it becomes second-nature; however, just knowing it exists, and is there to support you, will bring immediate comfort.

Managing panic attack symptoms, major depressive disorder, PTSD, and other emotional/mental woes calls for creative action. I think S.A.I.L. is a wonderfully powerful in-the-moment technique. I mean, there’s no way I could have come up with it had I not used it.

Next Post: The Impact of Existence | Why is the End So Troubling?