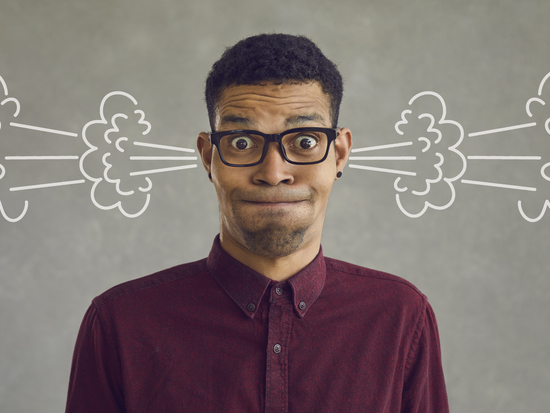 Self-monitoring can drive us absolutely bonkers. And it’s not just about mood and anxiety symptoms. Anything going on in our bodies is fair game. If it has you climbing the walls, this will be a helpful read…

I mean, we hurt – badly – and don’t want to anymore. So who wouldn’t become hypervigilant?

Self-monitoring drove me bonkers for years.

What a major drag carrying that 50-pound protection unit on my back.

And it was bad enough as I went about my usual business. But on those 10-mile mood and anxiety hikes? You gotta’ be kidding.

Self-monitoring for mood and anxiety symptoms

It’s perfectly understandable that anyone enduring a mood or anxiety disorder would do their fair share of self-monitoring.

I mean, we hurt – badly – and don’t want to anymore. So who wouldn’t become hypervigilant?

For us, all that matters is “Is it still there?” And if it is “When will it go away?”

And there’s only one way to get started on answers. Yep, self-monitor.

Something tripped the trigger

There’s something really important to consider in all this. Would any of us bother with self-monitoring if we didn’t truly sense, accurately or not, something was wrong – particularly within our bodies?

I mean, something had to trip the trigger, right?

Let’s get into a phenomenon known as interoception.

Self-monitoring: Interoception and the insular cortex 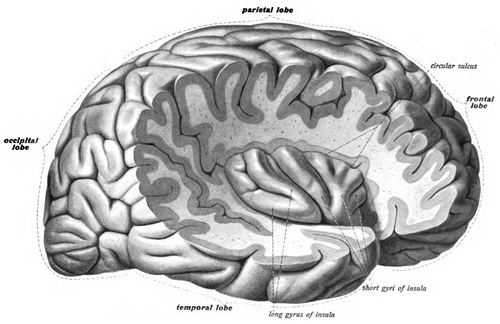 The insular cortex (one in each hemisphere: “insula”) lies deep within the brain’s temporal, parietal, and frontal lobes.

Fascinating thing is, the insula are responsible for what it feels like to be human, as opposed to just another mammal.

By the way, the image comes from the 1908 edition of Sobotta’s Atlas of Human Anatomy. I know the notes are small – just expand it. But I had to use this historic image.

Okay, so the insula are deeply involved in a wide variety of functioning linked to emotion and the body’s ability to maintain a relatively stable state of internal regulation – homeostasis.

One of those bits of functioning is interoception: the sensing of stimuli arising from within the body, especially the major organs of the trunk.

Though I’d like to get into anatomical details, we don’t have the space. Suffice it to say, if we’re going bonkers with self-monitoring, I’m betting our insula are somehow involved.

And we can’t rule-out dysfunction.

After all, we’re rapid-fire sensing things going on in our bodies that most folks don’t.

So now that we’ve set the self-monitoring table, let’s take a gander at a different angle.

Having started my mood and anxiety pleasure cruise just about 50 years ago, I know the difference between my symptoms and my illnesses.

And I’ve been at this long enough to know that any symptom I may come up with, though at times a scary pain in the tush, isn’t going to annihilate me. 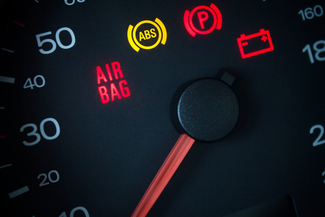 Symptoms are nothing more than dashboard warning lights

So that gives me a different perspective on symptoms, which allows me to approach them in a creative way.

To me, symptoms are nothing more than dashboard warning lights. And that means they aren’t new, old, exotic, or invented illnesses.

In my car: It needs an oil change, windshield washer fluid, coolant, air in the tires, etc. But the car isn’t going to blow up and kill me.

In me: I need to slowdown, visit with someone, hit the gym, do some writing, etc. But I’m not going to blow up and kill me.

Do you see where I’m going here?

Rather than being tricked into self-monitoring by my insula or whatever else, I let go and trust my personally programmed onboard computer system.

And when a dashboard warning light pops on (a symptom, not an illness), I calmly consider it and take the necessary steps toward resolution.

Again, I’m not going to blow up and kill me.

You’re doing all you can to manage your mood or anxiety disorder. And self-monitoring may be driving you bonkers.

Okay, it happens. So instead of succumbing to it, turn to a new – better – strategy.

Create and trust your personally programmed onboard computer system, with its dashboard and warning lights. And remember, you’re dealing with symptoms, nothing’s going to blow up.

It really will make for the easiest drive.

Next Post: Assisted dying – psychiatric euthanasia: You okay with it?