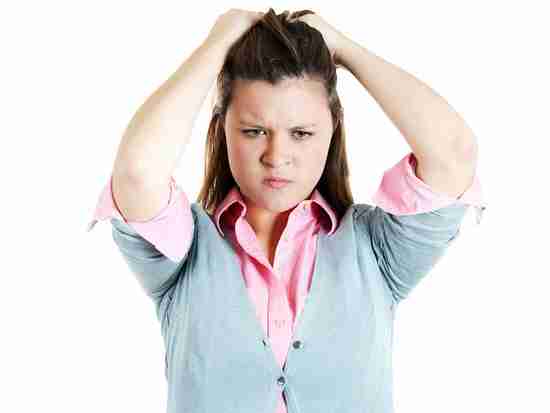 The longer we live with our mood or anxiety disorder the more likely we are to acquiesce to a traditional diagnosis. But what if it’s something else entirely? Or maybe the diagnosis is on the money, but doesn’t tell the whole story. Sensory processing disorders may fill some gaps. Let’s talk…

In a nutshell, a sensory processing disorder (SPD) is a condition in which integration of the information from different sensory modalities (sound, sight, touch, etc.) isn’t adequately processed…

Courtney is distraught. She’d been diagnosed with generalized anxiety disorder (GAD) by her family doc three months ago, her therapist concurring. In spite of participating in therapy and taking Lexapro, she just isn’t feeling at all comfortable.

Here’s the biggest, and continuing, issue. In fact, it’s been going-on for over a year. Courtney works in an open office environment, each employee having a partitioned cubicle. The guy sitting next to her eats lunch at his desk and the crunching, chewing, and slurping sounds drive her nuts. And then there’s the woman from another department that spends a half-hour every day chatting it up with her pals who sit well within earshot. It infuriates Courtney.

The same occurs at home. Courtney lives in an apartment and all sorts of sounds in her unit and building upset her. Children playing outside, people walking up and down the stairs, the barking dog across the hall, the TV sounds and music she hears through the walls, lawn mowing and the blowing afterward: she doesn’t believe she can take it anymore.

No doubt, Courtney’s out-of-control anxiety and worry, edginess, plummeting concentration, irritability, sleep issues, and frequent nausea meet DSM-5 criteria for GAD. But could the symptoms and her response be driven by something else? And even if she has GAD, is that all there is to her very troubling set of circumstances?

What about a sensory processing disorder?

In a nutshell, a sensory processing disorder (SPD) is a condition in which integration of the information from different sensory modalities (sound, sight, touch, etc.) isn’t adequately processed. As a result, responses to one’s environment aren’t appropriate.

Arguments continue as to whether SPD is an independent disorder or groupings of symptoms of other, more accepted, disorders – such as Courtney’s GAD. And I have to say that some lend no legitimacy to SPDs. For instance, you won’t find it, or disorders under its umbrella, in the DSM-5.

For purposes of example, let’s talk about a disorder that sure appears to be a SPD: misophonia.

According to Paul N, Dion at Misophonia Online, misophonia is literally the “hatred of sound,” and it isn’t an actual hearing impairment.

Paul is quick to point-out that someone with misophonia doesn’t hate all sounds, rather they’re sensitive to certain sounds. And the collection of sounds that rub the individual the wrong way are referred to as their trigger set.

Now you may be thinking, “Heck, I find several of those sounds bothersome.” Okay, but for someone with misophonia the response goes well beyond bothersome. Indeed, it’s a powerful negative emotional response that can range from moderate discomfort to panic to rage. Paul states that fight/flight reactions aren’t uncommon. In fact, the individual may become highly agitated, defensive, and even offensive – verbally or physically.

Given the intensity of the emotional response, can you see how life-interrupting misophonia can be? And consider the fact that those closest to the individual elicit the most problematic triggers. What do you suppose that does to a relationship?

Then there’s the work and social impact. How engaged in the workplace or in social/recreational activities can someone suffering from misophonia be? And, yes, damaging isolation is always a possibility.

Gotta’ ask, were you thinking about Courtney as you were reading about misophonia? If so, can you see how generalized anxiety disorder may have been a “mis” or incomplete diagnosis? And there she is, three months into treatment and still not feeling well.

Anyone enduring a mood or anxiety disorder deserves an accurate diagnosis. And certainly, if symptoms of a sensory processing disorder exist, they have to be explored and brought into the diagnostic discussion. I mean, it’s so important to consider all actors in the production.

If you have any interest in pursuing information on misophonia, Misophonia Online is the place to start.

And if you’d like way more information on the mood and anxiety disorders, the Chipur titles are for you.

Next Post: BDNF: What It Is and Why It’s Crucial to Know

Previous Post: Fragmented sleep: Why you want it to stop