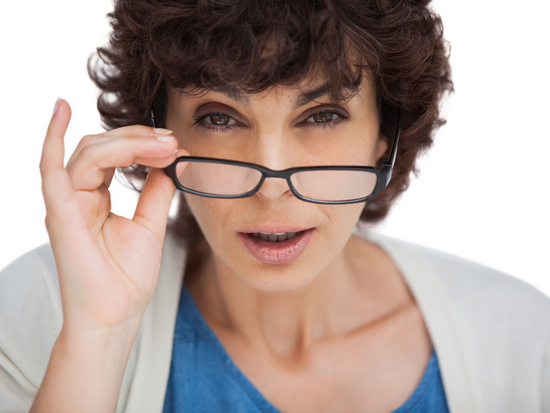 Controversy: we’ve never shied away from it here. Popular belief is there’s a cause and effect relationship between serotonin and depression. But wait, is there really a relationship at all?

Serotonin and depression: a supposed one yanks the other’s chain relationship for as long as I can remember.

However, a recent review claims there’s no evidence to support it.

Now, I understand this discussion may be distressing to some. After all, many of us use a serotonin-influencing medication.

Still, we’re not going to shy away from controversy. So let’s go ahead and see what’s up.

Serotonin and depression: What’s the deal?

A University College London team, led by Professor of Psychiatry Joanna Moncrieff, conducted a major umbrella review – an overview of existing meta-analyses and systematic reviews – which was recently published in the journal, Molecular Psychiatry.

The team’s bottom-line? After decades of study, there is no clear evidence that serotonin levels or activity are responsible for depression.

Let that sit a minute.

The team went on to submit that depression isn’t likely caused by a chemical imbalance.

And you guessed it, they call into question what antidepressants really do. Again, the vast majority of them in some way influence serotonin.

Let that sit for a few more minutes.

According to Professor Moncrieff…

Prescriptions for antidepressants have risen dramatically since the 1990s, with one in six adults in England and 2% of teenagers now being prescribed an antidepressant in a given year.

Many people take antidepressants because they have been led to believe their depression has a biochemical cause, but this new research suggests this belief is not grounded in evidence.

For the record, tens of thousands of participants were involved in the reviewed studies.

Given their startling conclusions, the team had to have found all sorts of powerful supporting data.

Antidepressant use and lower serotonin levels 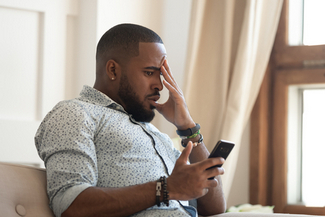 “Not what I wanted to read, but I’m not going to flip out. I just need time to determine my version of the truth.”

Speaking of controversy, from a large meta-analysis the team found evidence that antidepressant users actually had lower blood levels of serotonin.

They came to the conclusion that there’s evidence suggesting long-term antidepressant use reduces serotonin concentrations.

The team believe it may imply that the increase in serotonin that some antidepressants produce in the short-term could lead to compensatory changes in the brain that produce the opposite effect in the long-term.

Guess it’s no surprise the team would encourage additional research and the pursuit of alternatives to antidepressants.

They mention that psychotherapy, as well as exercise and mindfulness techniques, are great choices for managing stressful or traumatic events.

By the way, that applies even if one is using meds.

The team also suggest addressing underlying contributors, such as poverty, stress, and loneliness.

The team point out that studies show 85-90% of the population believe depression is caused by low serotonin levels or a chemical imbalance.

Our view is that patients should not be told that depression is caused by low serotonin or by a chemical imbalance, and they should not be led to believe that antidepressants work by targeting these unproven abnormalities.


She emphasizes scientists don’t understand exactly what antidepressants do to the brain. And giving patients inaccurate information prevents them from making an informed decision regarding antidepressant use.

She also mentions the perils of side effects and cessation effects.

Professor Moncrieff believes it’s “high time” to inform the public that the notion of depression being caused by low serotonin levels or chemical imbalance is not grounded in science.

The team caution anyone thinking about leaving antidepressants behind to seek the advice of a health professional.

Frankly, though I don’t question the accuracy of the meta-analyses and systematic reviews chosen for this umbrella review, I sense an agenda-driven bias. To me, there’s an unyielding bite to Professor Moncrieff’s remarks.

I don’t know how, or if, it impacts the review – and maybe I’m wrong. But the feeling’s there.

Again, I understand the review results may be distressing to those using antidepressants or thinking about it.

I urge you to keep an open mind, do some research, and talk with your doc before coming to any conclusions.

Then, think and do what’s right for you.

Controversy: we don’t shy away from it here. Things that please us, things that don’t: knowledge is power.

Take the time to read the release from UCL: “No evidence that depression is caused by low serotonin levels, finds comprehensive review.”

And if you’re adventurous, read the full review in Molecular Psychiatry.

Next Post: Auvelity: A new antidepressant is ready to go