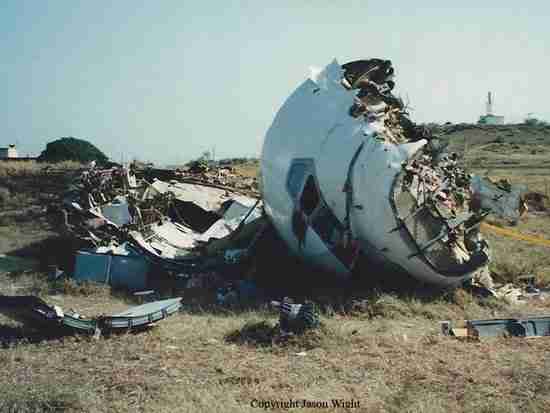 The captain and crew had no idea as to what had finally caught up with them. The flight went smoothly, until it was time to approach the airport. Sure, it was a tricky landing, but nothing they couldn’t handle. Or so they thought…

The investigation team discovered that the captain had been awake for 23.5 hours, the first officer for 19…

Was doing some zapping on the tube the other day and happened upon Air Disasters. The episode was “Borderline Tactics.”

I was just about to zap-on when I heard a guy say, “sleep debt.” I was curious, so I lowered the remote from firing position.

Between the airplane component and discussing sleep debt itself, we have lots to review. To be thorough, we’re going to go with two parts.

Let’s get rolling with the setup – the airplane component…

American International Airways Flight 808 left Norfolk, Virginia on the afternoon of August 18, 1993. It was carrying mail and food to the Guantánamo Bay Naval Base in Cuba. There was a crew of three with 41,000 flight hours between them – half of them belonging to the captain. There were no passengers.

It was an uneventful flight until the airport approach. The air traffic controller assigned a runway, but the captain requested a different one. Not long after, he asked for the originally assigned runway. It was well known that there was a limited amount of space to align with it.

Approaching the runway, the captain was late with his turn, requiring him to make a steeper bank. At 400 feet above ground, he increased the bank even more. That put the plane into a stall and Flight 808 crashed 1,400 feet from the runway.

Though the plane was destroyed, the cockpit separated from the wreckage. You can see its final position in the featured image. That saved the lives of all three crew members, though they were seriously injured.

During their investigation, the National Transportation Safety Board (NTSB) discovered some disturbing goings-on when they listened to the cockpit voice recorder. 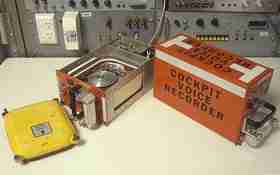 After the captain requested a different runway, he said to the crew, “…for the heck of it to see how it is…” He said if he missed, he’d do a go-around and land on the runway first assigned.

The team also heard the air traffic controller tell the crew to remain within the airspace designated by a strobe light on the ground. The captain became fixated on trying to find it, which caused his late turn and failure to maintain proper airspeed – despite warnings from the crew. Go figure, the strobe light was inoperative that day.

Continuing the investigation, the team discovered that the captain had been awake for 23.5 hours, the first officer for 19, and the flight engineer for 21.

But it gets worse. The team looked back at the sleep patterns of the crew members over the 72 hours before the crash. They were shocked to find that all three had accumulated a huge sleep debt from working overly long shifts.

During those 72 hours, the captain slept for 15 hours, the first officer for 18, and the flight engineer for 21.5. And keep in mind that most of the crew’s shifts were done at night. So, that means they had to try to sleep during the day, which disrupted their circadian rhythms. This aggravated the already damaging effects of sleep debt – fatigue – on the crew.

The captain, in particular, was hit hard by a number of fatigue symptoms. Included were his impaired judgment regarding his runway decisions, his cognitive fixation on trying to find the strobe light, poor communication with his crew pertaining to their decreasing speed, and his slow reaction time in avoiding, and recovering from, the stall.

In their statement regarding the probable causes of the crash, the NTSB began with…

The impaired judgement, decision-making, and flying abilities of the captain and flight crew due to the effects of fatigue…

When it was over

American International Airways Flight 808 was the first aviation accident where pilot fatigue was cited as a probable cause. As a result, the NTSB issued a recommendation to the Federal Aviation Administration (FAA) to review and update regulations on crew scheduling and duty time limits to incorporate the latest research into the effects of fatigue. Action was taken.

Now to the crew. The captain suffered back injuries that left him unable to go back to commercial flying. The first officer’s right leg was amputated; however, he returned to flying as a captain. He later became a NTSB investigator and went on to become a FAA inspector. The flight engineer returned to cargo flights, eventually becoming a captain.

On to sleep debt

That’ll do it for “the setup – the airplane component.” Yes, the bad news is the history of flight time demands that generated significant sleep debt for pilots – causing avoidable accidents. However, the good news is there was no loss of life and important changes have been made.

So, it’s on to sleep debt. In fact, why not head on over to part two right now? I think you’ll find it interesting and helpful. It’ll also be posted on the Chipur Facebook page.

Plenty more Chipur mood and anxiety disorder informational and inspirational articles await. And all you have to do is scan the titles.

Next Post: Sleep Debt: What it is and why it’s dangerous | Part 2

Previous Post: I am a rock. I am an island. But I swear I don’t want to live like this.