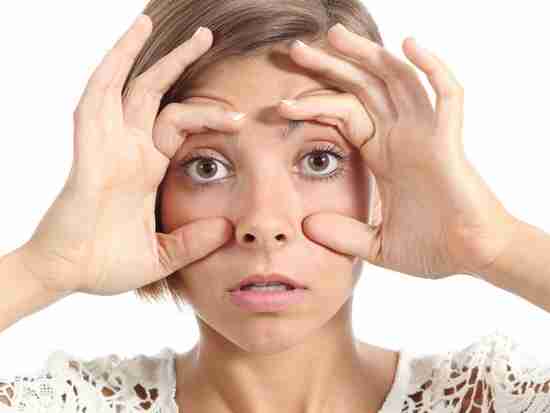 The number of not so well known and largely unexplored remedies for depression and anxiety never ceases to amaze me. The relationship between sleep deprivation and depression is just one. And how it works might surprise you…

…the purpose of wake therapy is to induce rapid improvement in depressive symptoms, using prolonged periods of wakefulness with intervening periods of recovery sleep.

If someone asked you about the impact of sleep deprivation on depression, I’m guessing you’d say it’s negative. After all, when it comes to living with depression we always talk about healthy lifestyle habits.

Thing is though, sleep deprivation can have a positive impact upon depression. And since we’re about sharing, learning, and relief here, we need to discuss it.

Found an interesting article that appeared in Scientific American several years ago entitled “Why Sleep Deprivation Eases Depression.” It was written by David Levine.

Levine flat-out declares that sleep deprivation (SD) is a fast and efficient way to treat depression. He supports his declaration by pointing-out that SD works 60-70% of the time, which far exceeds the performance of meds.

But there’s a problem. Improved mood typically lasts until the depressed individual falls asleep. And that makes SD somewhat impractical.

Still, researchers are hot after the SD/depression phenomenon for obvious reasons.

Levine cites the work of a Tufts University research team. Seems they pinpointed glia as the key players.

The brain-trust had already discovered that astrocytes, a star-shaped type of glial cells, regulate the brain chemicals involved in sleepiness. While we’re awake, astrocytes continuously release the neurotransmitter adenosine.

Adenosine accumulates in the brain and causes what’s known as “sleep pressure” – the feeling of, well, sleepiness, along with the memory and attention impairments that come with it.

As adenosine continues to build-up, the urge to sleep becomes stronger.

Hmmm, the team wondered if this process could be responsible for the antidepressant effects of SD. So they administered an adenosine-triggering compound to mice, which would mimic SD. And though the little-boogers continued to sleep normally, a quick improvement in mood and behavior was observed after 12 hours. It lasted for 48.

Confirmed: adenosine build-up is responsible for the antidepressant effects of SD.

A bit of a sidebar: Discoveries like this bring hope. Why? In a previous article I featured these thoughts from Richard Friedman, professor of clinical psychiatry at Weill Cornell Medical College…

That’s what we’re dealing with here.

How Do I Become Sleep Deprived?

First and foremost, the SD approach to depression relief isn’t for everyone. Secondly, if you’re going to consider it, and ultimately give it a go, don’t do it alone. Seek the assistance of a specially-trained psychiatrist, okay?

For instance, John F. Gottlieb, MD is the medical director at Chicago Psychiatry Associates, which offers a “Program in Psychiatric Chronotherapy.”

What the heck is psychiatric chronotherapy? Gottlieb and crew describe it as “a set of circadian-rhythm-altering interventions that treat depression by adjustments of the sleep-wake cycle and daily light exposure.”

Let’s run with wake therapy for a sec.

According to the Chicago team, the purpose of wake therapy is to induce rapid improvement in depressive symptoms, using prolonged periods of wakefulness with intervening periods of recovery sleep.

The clinic may use one to three cycles (the night and entire following day) of complete sleep avoidance, separated by intervening nights of recovery sleep. The treatments vary between two to five days in duration, depending upon the number of cycles used. And this is all done in a controlled environment.

Much, much more to the clinic’s work, so be sure to visit their website (link below). It’s incredibly interesting.

A research team at the University of Pennsylvania’s Perelman School of Medicine recently published the results of their SD and depression work.

The team conducted the first meta-analysis in the 30 years following the SD/depression discovery. Reviewed were over 2,000 studies, the team selecting 66 of them, which had been conducted over 36 years.

Findings?  SD – typically administered in controlled, inpatient settings – rapidly reduces symptoms in roughly half of depression patients. Also, partial SD (three to four hours of sleep followed by 20-21 hours of wakefulness) was equally as effective as total SD (being deprived of sleep for 36 hours). Medication did not appear to significantly influence the results.

Let’s Put This Baby to Bed

Well, I shoved about 10 pounds of info into a five-pound bag. And (not surprisingly) I could have crammed more.

Did you find the sleep deprivation and depression relationship interesting? Actually, I think it’s fascinating. And the best part is it seems to have the attention of researchers, which could lead to a variety of discoveries – all paving the way for creative med and non-med interventions.

Again, sleep deprivation may not be for you. And if you’re giving it some serious consideration, make sure you visit with a specially-trained psychiatrist. Don’t go it alone.

Sure, we’re about sharing, learning, and relief here…

Next Post: 10 Ways to MANAGE GUILT & SHAME: What to do when you THINK it’s YOU