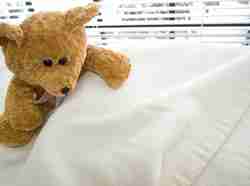 “I don’t get it. The three antidepressants I’ve tried over the years work for a time, and the effect just peters-out. Am I hopelessly crazy? Misdiagnosed? Yikes!”

Bipolar Disorder (as it’s been known)

To cut to the chase, both feature major depressive episodes. And then there’s the matter of mania. In bipolar I it’s full blown – in bipolar II it’s a hypomania. In general, we’re talking…

But, avoiding a ton of psychobabble, let’s just say a hypomanic presentation is much less prolific than its “full-blown” counterpart.

Now, it’s a fair question to ask – can bipolarity really be that tightly categorized?

Enter the well-researched thoughts and work of psychiatrists and psychologists such as Jim Phelps, MD.

Dr. Phelps proposes we consider mood as points along a continuum – a spectrum.  And here’s how it looks (his diagram)…

To the far left, you’ll see “unipolar” – as in what’s traditionally viewed as depression, no degrees of mania associated. ‘Course, you can see the progression to “Bipolar I” – major depressive and manic episodes in all their glory – as you move to the right. By the way, “BP NOS” signifies bipolar disorder not otherwise specified.

And now to Phelps’ radicalism – Points A and B. He believes people who have a difficult depression, but respond well to antidepressants (ADs) and/or psychotherapy, typically find themselves at Point A.

But, according to Phelps, things get very interesting in the land of Point B. It’s in this neck of the woods that ADs and therapy don’t work too well, if at all. It’s here where one often experiences phenomena such as the infamous “Prozac Poop-Out.”

Phelps assigns the term “soft signs of bipolarity” to the goings-on at Point B. And he presents these “markers” that may lead to a correct diagnosis and efficacious treatment regimen…

Again, these are “markers,” as opposed to tried and true diagnostic criteria. Remember, we’re dealing with a cutting-edge concept here.

But what’s most important is the fact that the presence of any of these “markers” calls for professional review. And that can lead to an entirely new approach to treatment – and relief.

It’s outside-the-box thinkers like Dr. Jim Phelps who bring hope to those enduring a mood or anxiety disorder.

In this case it’s about challenging the stringent DSM-IV-TR criteria for bipolar disorder by suggesting mood presentations can be plotted along a spectrum. And that led to finding a bit of turf – rather a no man’s land – where many have fallen off the diagnostic and treatment map.

Are you showing “soft signs of bipolarity?” Armed with what you’ve learned, chat with your psychiatrist and therapist. And if either aren’t open-minded enough to consider it, find someone else.

Do yourself a favor – check-out Dr. Phelps’ website at psycheducation.org.

Would you like to read more chipur articles on the biology of the mood and anxiety disorders? Well, click right here. How ’bout the psychology of depression, anxiety, and bipolar disorder? Here ya’ go!