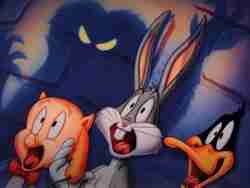 “So, Bill, why am I the lucky one? I have a list of phobias longer than my arm. Sometimes it feels like terror lurks around every corner. Why am I such a scaredy-cat?!”

Talk about your million dollar questions. I’m just hoping you know there are no easy answers.

But if you’re willing to give this a read, and do some research and hard work, I’m willing to offer some reasoning.

I began this series on the specific phobias on Thursday. In that piece we discussed all sorts of defining and descriptive details. It’s important foundational information, so click away and get after it.


I realize discussing the causes (perhaps “contributors” would be a better word?) of specific phobias – any emotional/mental health disorder, for that matter – is dicey business. And that’s because there are often no clear answers.

That said, as a life-long, and recovered, anxiety and mood disorder vet; I have always been keenly interested in the causes of my challenges. And I find cause to be a relevant topic in my work as a counselor.

Frankly, how could one not want to know why their emotional, mental, spiritual, or physical misery is occurring?

The Biology of Specific Phobias

Doesn’t it make sense that human genetics would foster a leaning toward the anxious and scaredy-cat? Sure it does.

And that’s because an alarm system that doesn’t give a rip about what set it off provides max protection. Having a 24/7 leg-up on disaster is well worth the cost of troublesome false alarms.

This is about thought, feeling, and behavior that can best facilitate the accomplishment of very ancient human survival goals.

How ’bout an example?

Recent research has found that humans hold a genetic predisposition for the fear of snakes. Doesn’t take a PhD to figure-out why. Snakes, no doubt, were a threat to the survival of our long-ago relatives and the “alarm-wiring” became brain standard equipment.

I’ll submit that similar fears and phobias lie dormant within us. And they’re waiting for just the right environmental trigger (stressor) to present in our lives. Indeed, this environmental triggering biz applies to the initial appearance of most all of the emotional/mental disorders.

Fact is, if we’re genetically wired for trouble, we may be just one event away from a very rough journey.

Need more support for a genetic base for the specific phobias? Research has shown that identical twins – reared separately shortly after birth and educated in different places – often develop the same phobias.

Okay, so once genes click into play, what happens physiologically and anatomically?

Well, it’s the very mysterious and frustrating dance of neurotransmitters. And as is the case with any of the anxiety (and mood) disorders, featured are serotonin, norepinephrine, and dopamine.

Oh, and on top of that you can throw in the cortisol and fight/flight inducing action of the HPA axis.

The Psychology of Specific Phobias

If we (and I believe correctly) assume biology sets the table for specific phobias; as we just discussed, environmental factors (stressors) hold the power to light the fuse. Even more, they hold the power to sustain the explosion.

I mentioned in part-one that I suffer from gephyrophobia – the fear of bridges. Who knows? Its psychological underpinnings could be an experience I had with bridges as a kid. Now, I don’t recall a car in which I was riding hanging off the side of one. However, I can tell you I crossed many during my developmental years.

But maybe it’s about symbolism. So it’s not the bridge itself – it’s what the bridge represents to my psyche.

How about this wild notion? Is it possible that we turn to – create – phobias when we face things and situations we have no power to prevent or control?

It’s like we’re somehow incapable of coming to grips with certain occurrences, so we “manage them” by tossing them into the fear/phobia bin. Again, better to have the guard up and be protected, than being taken by surprise.

Finally, picking-up a specific phobia may be an issue of learning. One may have had a parent or sibling who was dealing with one, and they somehow bought into it.

Now we have the table super-set. Part-one gave us a solid specific phobia descriptive foundation – and we’ve just discussed issues of cause. You guessed it! Now it’s time to wrap the series by swirling-around how the specific phobias are treated.

Could be the best part of all, so keep checking-in – I’ll have it for you shortly…