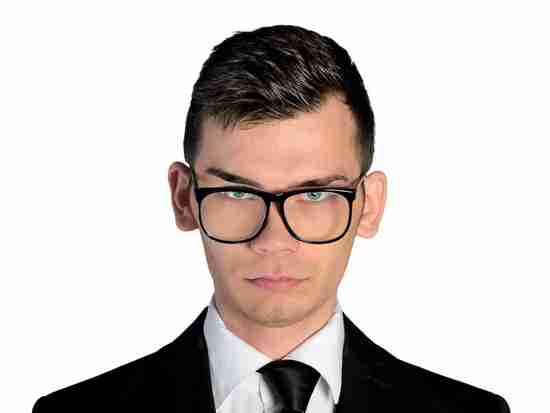 Your brother’s depression has improved on SSRIs. So has your wife’s best friend’s. Go figure, not yours. Understandably, you’re frustrated – angry. Yeah, “So why not me?” Well, before you come up with a goofy reason to blame yourself, let’s take a look at some enlightening new research…

The team discovered that the actual production of serotonin has nothing to do with it…And the efficiency of the reuptake process itself wasn’t implicated. So what the heck is the problem?

We’ve discussed depression not responding to an antidepressant too many times. But it’s a tough fact of life in the mood and anxiety disorder neck of the woods, and merits continued action-oriented chat.

Okay, you know how I am, always snooping-around for hot scoops on what we wrestle with. Over the weekend an article title jumped out at me and I had to dig-in. I mean, what would you have done if you read “When Neurons Are Out of Shape, Antidepressants May Not Work?”

So there it was on the Salk Institute’s website, a summary of their new study, just published in the journal, Molecular Psychiatry. In bringing you the information, I used the journal piece as reference. Actually, had to pay to access it, so I’ll hit you a link to the Salk article at the end.

One additional – important – piece of business before we jump-in. I really believe you’ll find this research enlightening. I mean, the science is stunning. But the point goes well beyond just that.

Sure, what you’re about to read isn’t going to solve the SSRI-resistance problem – today. But I find it encouraging and hopeful that scientists are considering so many depression treatment angles. New meds, or meds in development, often steal the headlines, but it’s “back-page” work like this that may well bring relief to millions by, say, solving the resistance issue or directing patients to other antidepressant (AD) classes or non-ADs.

Well, let’s see what you think…

Some title, right? Well, straight from the journal. And I’m telling you, the info was impressively, um, brainy.

The Salk brain-trust sets the table for their study by stating disrupted serotonergic neurotransmission has long been implicated in the generation of major depressive disorder (MDD). And they go on to say that SSRIs are the first line of treatment, as well as the most prescribed class of ADs.

But then they deliver the bad news: some 30% of MDD patients fail to show improvement with SSRI intervention, even after multiple treatment steps. One more bummer. Even though the mechanisms contributing to MDD are becoming much better understood, such hasn’t been the case for SSRI-resistance.

The study team shared a few brain-systems realities that I found interesting. The 5-HT (5-hydroxytryptamine, serotonin’s chemical name) transporter, which is highly expressed in serotonergic neurons, is the primary target of the SSRIs.

But in making sense of all of this, you have to keep in mind that the 300,000 or so serotonergic neurons in the brain are difficult to work with. That’s because they constitute a small fraction of our 86 billion total brain neurons. And then there’s their location in the raphe nuclei, deep within the brain stem. That makes serotonergic neurons terribly inaccessible.

So facing barriers, the team had to come up with creative methods to take care of biz. They turned to something known as induced pluripotent stem cell technology (iPSC, and we aren’t going there), which allowed them to generate neural subtypes of SSRI-responsive and resistant study participants (800 total).

This is huge, because there had never been a study that used patient-derived neurons in vitro (outside of their normal biological context). This was human-live.

The team discovered that the actual production of serotonin has nothing to do with it. The same applies to SSRI concentrations in the blood. And the efficiency of the reuptake process itself wasn’t implicated.

So what the heck is the problem?

Well, the team discovered that altered serotonergic neuron growth, form and structure, and circuitry “downstream” of what are called protocadherin alpha genes (not going there either) are associated with SSRI-resistance.

Thing is, serotonergic neurites (projections) have to travel quite a distance from the raphe nuclei to innervate nearly all forebrain structures (cerebral hemispheres, thalamus, hypothalamus, etc.). Of course, then, inadequate serotonergic innervation is a big contributor to psychiatric disease.

People, I could go on and on about the study, but I’ve worked-up a sweat. How ’bout this from study senior author and Salk president Dr. Rusty Gage?

“This paper, along with another we recently published, not only provides insights into this common treatment, but also suggests that other drugs, such as serotonergic antagonists, could be additional options for some patients.”

The Salk work is impressive, but, as always, let’s not lose the forest for the trees. Sure, gummed-up serotonergic wiring may generate maladaptive circuitry that contributes to SSRI-resistance in major depressive disorder patients.

But that revelation isn’t going to provide relief today if you’re SSRI-resistant. In the meantime, be hopeful about the science, talk with your doc and pursue other treatment options, and most important of all…

You may decide to read the Salk piece, “When Neurons Are Out of Shape, Antidepressants May Not Work.”

Hundreds of Chipur mood and anxiety disorder articles are always waiting to lend a hand. All it takes is one simple tap.

Next Post: The Solar Plexus: What You Need to Know About the Third Chakra

Previous Post: Augmenting Traditional Psychiatry with Asian Medicine: Even Docs Are In