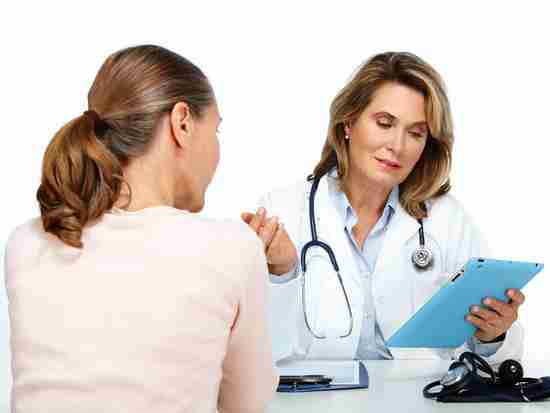 Anyone enduring an emotional or mental health disorder can share multiple examples of stigma cutting them to the bone. And it’s not just expressions of stigma, as the fear of bumping into it can be just as devastating. Molly brings us a personal guest post…

Guest post requests hit my inbox daily, and 99% of them get trashed because the intent is marketing, not lending a hand. But every so often…

Molly Canfield is a seasoned mental health provider who works hard to manage her own depression and anxiety. She tells me she’s excited to share a portion of her story and play a role in educating and comforting others troubled by their emotional or mental health circumstances. Molly has just begun blogging at DEPRESSION2PERSPECTIVES. We’ll link-up at the end.

Now, I did some editing of her piece because of space constraints. You can catch the entire article, entitled “You Have Depression?!,” on her site.

I opened my appointment with my new pain management doctor by saying, “I’m going to take a big leap of faith and trust you with what I’m about to tell you.” I went on to tell her I was being treated for depression and anxiety and that both are at manageable levels. The doctor responded, “You?! Depressed?!”

“Why?,” you may ask, was it a leap of faith, a matter of trust, for me to bring up my mental health issues? Well, here’s what happens in my mind. If I tell my general practitioner about my diagnoses (major depressive and generalized anxiety disorders), will s/he continue to treat me with a consistent perspective? Or will my symptoms (and I) be seen through a mental health filter?

This is what I imagine may be going through the doctor’s mind after being made privy to my mental health issues: “She says she’s still having pain, but it might be the depression/anxiety/etc. talking.”

But it isn’t just me.

Sharing with the Doc? No Thanks.

The National Institute of Mental Health reported results of a phone survey with over 1,000 adults in California. The question was whether or not the participant would share their depression symptoms with their family doctor. All participants were asked to choose among eleven possible reasons for not sharing.

43% of the participants said they would not share the information during a “normal office visit.” The majority said they weren’t comfortable with receiving a prescription for an antidepressant. These participants endorsed an anti-medicine stance that depression was not something a general practitioner could address.

This is unsettling, as the general practitioner is the healthcare professional who most often takes note of a patient’s mental health status. This may well be the initial contact for the patient to share troubling mental health symptoms. The doctor should be able to recognize the symptoms that may prompt a referral to a psychiatrist, psychologist, or counselor.

Next on the list of reasons for not being forthcoming was stigma. Many people believe, and perhaps with a valid reason, their mental health information would become a permanent part of their medical record. Furthermore, they’re concerned that their employer might be able to see this information. Would it effect the employee’s position in the company? Would co-workers find out? Would it effect a possible promotion?

Patients who fear the stigma of disclosing to their doctor mental health concerns may unknowingly risk worsening symptoms due to a missed opportunity and a chance for early intervention. Many scientists have come to believe that, like other chronic conditions, the longer depression is left untreated, the more difficult it becomes to effectively intervene. So any hesitance in sharing possible emotional or mental health symptoms may cause significant problems later in life.

Perhaps it is telling that, for me, sharing my diagnoses with my pain management physician felt like a leap of faith. Thirty years after that initial clinical depression diagnosis I’ve encountered a range of physician perspectives; some biased, others more open-minded.

I’ll close with a story: When I was in grad school I started seeing a neurologist for what was diagnosed as migraines. It was my first appointment and I waited for what seemed like an eternity, as the migraine pounded and pulsed through the side of my head.

After a brief examination my newfound neurologist told me he didn’t prescribe pain medication. He went on to say, “Pain never killed anybody.” I was shocked, but being a relatively naive patient in my early-twenties, I didn’t challenge his “wisdom.”

Perhaps it was statements like that, and less than compassionate care by other physicians, that cause me to see doctors from a somewhat biased viewpoint. It may be that I will continue to have to make leaps of faith.

So many Chipur mood and anxiety disorder-related articles: Get on ’em.

Next Post: Anxiety: It Can Be Different in Men

Previous Post: How many times have you asked, “Is it the meds…or me?”