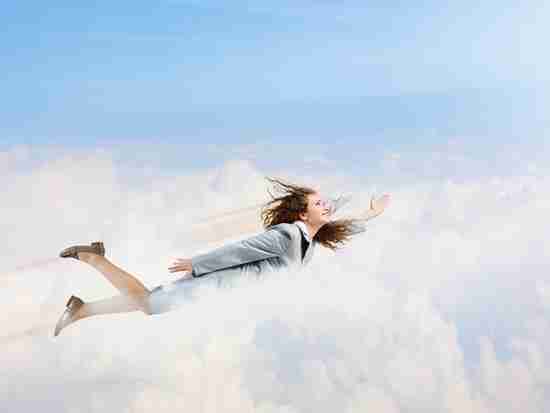 What’s on your emotional/mental plate? Hmmm – major depressive disorder, a nasty anxiety situation, anorexia, PTSD, bereavement, compulsive behavior? Something else? If you’re in the midst, I’m thinkin’ you could use a story of courage and hope. And I just happen to have one…

So I came up with the idea about a week ago, and presented it to you in Stories of Courage and Hope | I Want Your Mission (Im)Possible Tale (bossy of me, huh). FYI – the concept and article were inspired by the reaction to a piece I posted some two weeks ago, The Journey to a Good Place | Sue’s Epiphany – now featuring updates.

Well, I received the first of our “stories of courage and hope” several days ago. So without further ado, I’ll turn things over to Patricia…

Sitting on the sofa at Christmas, listening to my family celebrating in the other room, I realized I had no emotions but a lingering and pervasive hope that today I would die; and the numbness and longing for death had been there for as long as I could remember.

I wasn’t going to off myself, both parents had committed suicide and I’d been the competent oldest child who literally cleaned up those messes, but there was no joy in my world. The despair of the current work-related death-threats had pushed me into a depression of monumental proportion and I was buried in self-disgust because I viewed myself as too weak to just suck it up.

Ultimately, I realized my only hope was to reach out beyond myself and seek medication and then counseling because I was savvy enough to know the combination of medication and counseling is effective 90% of the time….and I am a logical, purpose driven person even in the midst of my darkest despair.

Once I had medication on board I discovered that a current life stressor like my present-day fear is often a trigger to past trauma events. For decades I’d blown off my childhood of chronic torture and extensive sexual abuse history with, “Well, some bad stuff happened and then some other REALLY bad stuff happened, but it isn’t a problem,” and convinced myself that this was true.

I suppressed, denied, ignored and it worked for me, at least until I got into a place where I was living in fear again, causing me to rebound into the fear I’d lived in all of my childhood and teen years.

Suddenly I was dealing with Complex-PTSD symptoms and attendant chronic nightmares, depression, flashbacks, anxiety, insomnia and let’s just toss in some lifetime OCD intrusive thoughts to make the psychological cocktail a more complete mix. It would be simplest to say that I was certain I was an insane person and just barely concealing it from the world, and terrified that I would never find myself again.

I found safety in a therapeutic relationship where I kept no secrets, even when I was frightened to reveal the truth about me. Self-perception is shaped by the relationships within the family of origin. When those closest to you have used you sexually, betrayed you by selling your body and your soul, it is brutal to trust anyone, yet once I began to find safety and test those waters by asking within the counseling relationship, growth happened.

So much for me was learning that I was NORMAL for the terrifyingly ABNORMAL world in which I grew up. Being accepted for who I was/am helped me learn that I am not disgusting to at least one other person with whom I was willing to be open and honest about the reality of ME.

Admittedly, I struggle with self-disgust and loathing, but progress happens over time. Releasing the shame and guilt that I carry for the deeds of others is so much easier said than done, but I have never shirked the hard work. Learning to FEEL again was the hardest task of all because logic had always been my refuge and defense from the vagaries of life.

I would never give up any of my childhood experiences because that would change who I am and I like who I am. I believe fully in the message of Genesis 50:20: God is in the business of turning simple evil into complex good. I protect others and I’ve built my distress tolerance over time; learning I already lived through the worst and I am a strong person. I’m brave beyond words. Survivors always are.

Thank you, Patricia. It means so much to all of us that you would step-up-to-the-plate and share so openly. You are, indeed, brave beyond words, and I’m glad you acknowledge it.

Chipur reader – whether you realize it, or not, I’m thinkin’ you’re likely “brave beyond words,” as well. And it’s my hope Patricia’s story will bring you the inspiration and motivation to continue to move forward – and grow.

Major depressive disorder, a nasty anxiety situation, anorexia, PTSD, bereavement, compulsive behavior – more? I’m inviting you to reach-out to others and share your story of courage and hope. Why not drop me a line?

Would you like to peruse some 600 Chipur titles? Your servant.

Next Post: The Pain of the “Should” Trap (But what would you “expect?”)