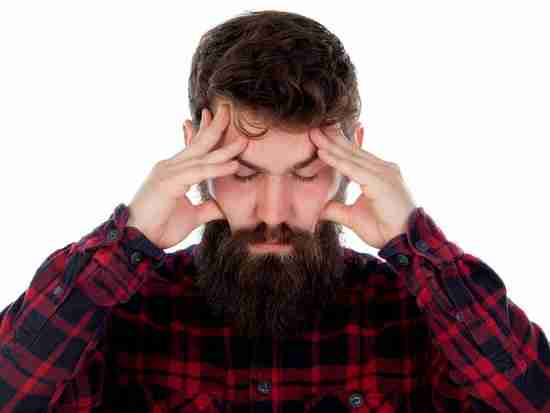 Stress maims, and can kill. The danger lurks in the shadows waiting to strike. And anyone is unfair game. Does the threat motivate you to learn all you can about how stress impacts your life? Well, let’s continue with our need-to-know series…

Our friend has gained insight into how stress is destroying his life, and he’s ready to open his eyes and do something about it. He’s begun to bone-up on stress and now wants to learn how it works in and on his body. This article will get him rolling.

We started our need-to-know series on stress last week. In that piece, we got into defining details and history, using the Centre for Studies on Human Stress as our info source.

Here in Part 2 we’re going to delve into how stress works in the body – the stress response. Our info source this go-round is Harvard Health Publishing.

You know, when my mood and anxiety disorder symptoms first presented some forty-five years ago, I made it my business to learn all I could about what was happening to me. Given the danger – the threat – stress poses, that’s just what we’re going to do here.

Triggered by a seemingly endless number of environmental, mental, emotional, and physical stressors – which vary on a per case basis – the stress response begins in the brain. Actually, one could make the case it begins with our eyes, ears, nose, skin, and tongue. After all, the stress response needs sensual input to work with. 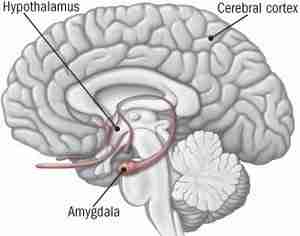 Okay, sensual input has hit and the information is sent to the amygdala, key in emotional processing. The amygdala interprets the data. If it perceives danger, it instantly sends a distress signal to the hypothalamus.

Now, the hypothalamus is rather a command center because it communicates with the rest of the body through the autonomic nervous system, which controls involuntary life-sustaining functions such as breathing, heartbeat, and blood pressure.

Possessing the distress signal sent by the amygdala, the hypothalamus lights up the sympathetic nervous system by sending signals through the autonomic nerves to the adrenal glands. And the adrenals start pumping the hormone epinephrine (adrenaline) into the bloodstream.

As a result, on comes increased heart rate in an effort to force blood to the muscles, heart, and other vital organs. Yep, our pulse and blood pressure increase. And then we begin to breathe more rapidly to amp-up oxygen supply. The extra oxygen is sent to the brain to maximize alertness – sight, hearing, and other senses becoming sharper.

But there’s more. Epinephrine triggers the release of blood sugar (glucose) and fats from temporary storage sites. They flow into the bloodstream, supplying energy to the body.

A large part of the wonder of all this is it happens with such lightning speed. So quickly that we aren’t aware it’s going down, except for the sensations it generates. I mean, the wiring is so efficient that the amygdala and hypothalamus light the fireworks before the brain’s visual centers have had a chance to fully process what’s happening. And that’s why we can, for instance, jump out of the path of an oncoming car before we think about what we’re doing. 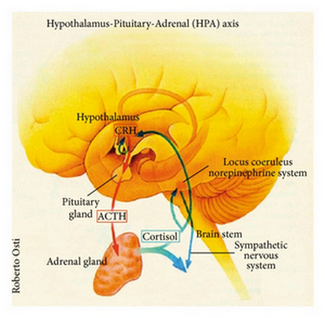 The HPA axis relies upon a series of hormonal signals to keep the sympathetic nervous system – the fight/flight hammer – pounding away. If the brain continues to think danger exists, the hypothalamus will release corticotropin-releasing hormone (CRH), which heads to the pituitary gland – triggering the release of adrenocorticotropic hormone (ACTH).

ACTH travels to the adrenal glands, prompting them to release cortisol. Hence, the body keeps cranking away on high alert.

When the threat is perceived to have passed, cortisol levels fall. And the parasympathetic nervous system dampens the stress response.

Seriously, what kind of fascinating and miraculous goings-on are these?

What we just reviewed involves the hard work of so much anatomy and physiology. I got tired and stressed-out just writing about it.

Thing is, many end up with an automatic – unconscious – stress response. I mean, it’s about habitual activation. And you know that has to be a health nightmare.

As we consider the stress-illness connection, would it surprise you that 50-80% of the complaints brought to a physician are stress related? .Just a few of the issues research suggests: increased blood pressure, formation of artery-clogging deposits, irritable bowel syndrome, colitis, obesity, infertility, brain changes that contribute to anxiety, depression, and mania, substance abuse and other compulsive behaviors.

So as marvelously protective as our stress response system is, it can turn on us – if we let it. We can’t allow that to happen.

Stress maims, and can kill. And now we know how the body responds to it. That’s incredibly important if we’re to pull the danger from the shadows to confront and minimize the threat – making it fair game.

Well, our stress learning foundation is becoming rock-solid. Come on back next week for Part 3, as we review how to effectively manage stress.

Don’t you dare miss it.

If you haven’t already, be sure to read Part 1 of the series. And take the time to peruse the hundreds of need-to-know Chipur mood and anxiety disorder-related titles.