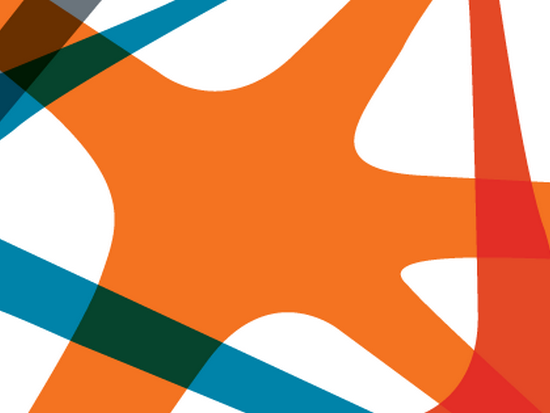 Very rarely does knowledge of any worth drop out of the sky and hit us on the head. Nah, it’s up to us to stay connected with our world, snooping around for useful morsels whenever we can. During a recent snoop-session I found something stunningly hopeful. And I really want to share it with you…

Since 1987 the Brain & Behavior Research Foundation (BBRF) has awarded in excess of $380 million to fund more than 5,500 grants to more than 4,500 scientists worldwide.

One of the most frustrating things about producing a mood and anxiety disorder blog is the reality that it’s very difficult to find, and present, relief absolutes – sure interventions that work for everybody, all the time.

That bugs me as a writer, emotional/mental health professional – and sufferer.

To me, it’s one more reason why hope, which is often all we have, is spiritual. And we have to look to research to sustain much of that hope.

Have you ever heard of the Brain & Behavior Research Foundation? Well, I sure hadn’t. But, go figure, I was snooping around for Chipur material over the weekend and, bam, there it was.

Catch this: Since 1987 the Brain & Behavior Research Foundation (BBRF) has awarded in excess of $380 million to fund more than 5,500 grants to more than 4,500 scientists worldwide. And that $380+ million served as a catalyst for more than $3.8 billion in additional research funding.

And this is all in the emotional/mental health arena.

Is it any wonder the BBRF is the #1 non-governmental funder of emotional/mental health research grants in the US?

The BBRF site contains a tremendous amount of information. Heck, there’s even a blog. But when you tap the Research link at the top of the page, you’ll see BBRFs work listed by illness and category. And when you dig-in, you’ll be amazed.

This study features the work of Amit Etkin, MD, PhD and colleagues. The team ascertained that specific brain activity patterns, in response to emotional cues, can predict which PTSD sufferers will benefit from exposure therapy.

Now, that’s a significant finding when you consider that exposure therapy works for only about half of those enduring PTSD. And to be tipped-off by the meddle of brain structures and networks that determine how one recognizes and processes frightening stimuli? Pretty stunning. I mean, we’re talking the amygdala, prefrontal cortex, frontopolar cortex, and more.

Speaking of more, Etkin and his colleagues believe their work may go beyond being an important screening tool. It may also be possible to use findings to fortify specific brain regions with non-invasive stimulation (transcranial magnetic stimulation – TMS), conditioning the brain to respond better to therapy.

“Study Shows Which Treatments OCD Patients Prefer, and Why”

It makes sense that the age, gender, income, values, etc. of someone enduring an emotional/mental disorder would influence their treatment preference.

As it applies to OCD, a team of scientists led by Sapana Patel, PhD and Helen Blair Simpson, MD, PhD decided to take a closer look.

Using an online survey, the team gathered responses from 200+ patients with at least moderate OCD symptoms.

The patients were asked which of the following established treatments they preferred, and why: selective serotonin reuptake inhibitors (SSRIs) and exposure and response prevention (EX/RP) therapy. Patients also rated new treatments under development and testing, including Deep Brain Stimulation (DBS) and Acceptance and Commitment Therapy.

Results? The “profile” patients with a history of OCD diagnosis and treatment, higher income, and private insurance preferred medication (SSRIs). Overall, adults with OCD leaned more toward EX/RP as a first line treatment.

Those who were already using meds preferred an add-on of EX/RP over an atypical antipsychotic. Of the newer treatments, behavioral interventions such as Acceptance and Commitment Therapy and Kundalini yoga were favored over DBS.

Given the study results, the team went on to recommended increased access to EX/RP. They also called for an increase in awareness and stigma reduction related to OCD.

I found both snippets highly informational – and hopeful. How ’bout you? And that’s just two out of the hundreds of research summaries on the site.

Look, you know as well as I that so often all a mood or anxiety disorder sufferer has to hold onto is hope. And I don’t see how any of us can continue to do so without believing research is ongoing and robust.

That’s the message I receive when I visit BBRF. It really is stunningly hopeful work.

Do yourself a favor. Head on over to the Brain & Behavior Research Foundation website. There’s so much to learn – and hope to be found.

And while you’re snooping-around on the web, be sure to review hundreds of Chipur titles.

Next Post: Transcranial Magnetic Stimulation: What You Need to Know

Previous Post: “I felt GOOD. You know…good INSIDE. For no reason. That, my friends, is PROGRESS.”