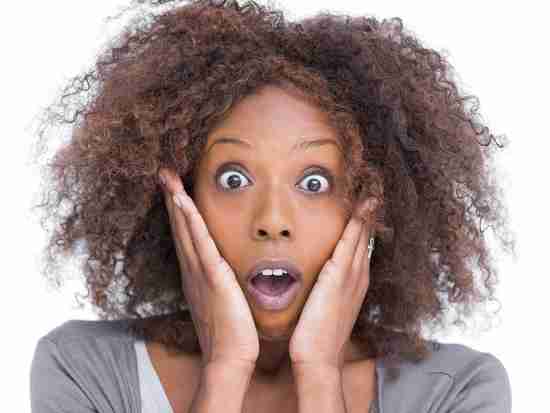 Neurotransmitters, neural synapse, and reuptake issues. For decades, that’s been the “cause of depression,” shall we say, rhetoric. But what if scientists have been barking-up the wrong tree, and they’re just plain wrong? I mean, what if it really is this?

‘It’s pretty clear that inflammation can cause depression. In relation to mood, beyond reasonable doubt, there is a very robust association between inflammation and depressive symptoms.’

In last week’s piece, “The Mood and Anxiety Disorder MEDS PIPELINE: What’s REALLY Going on?,” I quoted Richard Friedman, professor of clinical psychiatry at Weill Cornell Medical College. Here’s what he had to say pertaining to the quest for more and better antidepressants being “far from hopeless”…

I was browsing about for material for this week’s article, and lo and behold I found what may be a “boom” in The Telegraph: “Depression is a physical illness which could be treated with anti-inflammatory drugs, scientists suggest.” The piece was written by science editor Sarah Knapton and posted just several days ago.

Depression Is a Physical Illness

Knapton kicks things off by declaring that scientists now believe depression could be treated using anti-inflammatory drugs. And that’s because it’s a physical illness caused by a faulty immune system.

That’s one heck of a strong statement, don’t you think?

I’ve always believed depression – all emotional/mental disorders – are physical illnesses. Sure they manifest in variations in emotional/mental presentation; however, no matter how you slice it, brain anatomy and physiology drives it all.

Acknowledging current depression treatment is grounded in the neurotransmitters, synapses, and reuptake issues I opened with, Knapton states experts now believe an overactive immune system triggers inflammation throughout the entire body. And that generates feelings of hopelessness, unhappiness, and fatigue.

So depression, in fact, may be a symptom of the immune system failing to turn-off after a trauma or illness, and is similar to the low mood we often experience when we’re, say, fighting a virus.

Knapton cites the work of Professor Ed Bullmore, Department of Psychiatry Head at the University of Cambridge. Bullmore believes a new field of “immuno-neurology” is on the way.

It’s pretty clear that inflammation can cause depression. In relation to mood, beyond reasonable doubt, there is a very robust association between inflammation and depressive symptoms. We give people a vaccination and they become depressed. Vaccine clinics could always predict it, but they could never explain it.

In experimental medicine studies if you treat a healthy individual with an inflammatory drug, like interferon, a substantial percentage of those people will become depressed. So we think there is good enough evidence for a causal effect.

So “good enough” is the evidence that Cambridge and Wellcome Trust scientists are hoping to begin trials next year to evaluate whether anti-inflammatory drugs could knockout depression.

Bullmore believes it really ought to work. 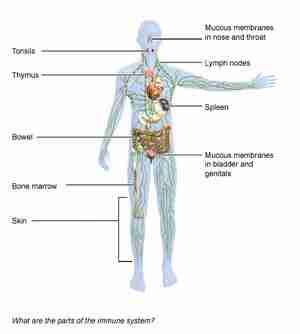 Knapton explains that our immune system triggers an inflammatory response when it senses it’s being threatened. And that generates wide-ranging body changes, such as increasing the production of red blood cells, believing a wound may soon need healing.

Scientists believe associated depression may actually have brought an evolutionary benefit to our ancestors. After all, if a wounded or sick tribal member became depressed and withdrawn, it would prevent the spreading of disease.

It’s interesting to note that the link between the immune system and depression was never fully pursued and acknowledged because scientists believed the brain was separated from the immune system by the blood-brain barrier.

However, recent research has shown that neurons in the brain are linked to immune function, and one can influence the other.

According to Professor Sir Robert Lechler, President of the UKs Academy of Medical Sciences…

You can’t separate the mind from the body. The immune system does produce behaviour. You’re not just a little bit miserable if you’ve got a long term condition, there is a real mechanistic connection between the mind, the nervous system, and the immune system.

And there you have it.

Before we close, I want to share a little medical history. I remember the days when it was believed peptic ulcers were caused by stress and dietary factors. And then the blame was placed upon gastric acid.

In 1982, two Australian physicians first identified the link between Helicobacter pylori (H. pylori) and peptic ulcers, concluding the bacterium was the cause.

The medical community was slow to accept the findings.

Fast forward to 1996 when the US FDA approved the first antibiotic for the treatment of ulcer disease. The great news was ulcers are a curable infection.

What do you think? Depression is caused by our immune system and its inflammatory response. Man, I’m totally in and really hope research work continues.

And, of course, that research work has to include discovering the drugs and other interventions that will elevate mood.

So the cause of depression. What if it really is this?

By the way, if you want to get a leg-up on inflammation in your body, do a web search for something like “how to reduce inflammation in the body.” Find information that appeals to you and run with it.

Oh, here’s the original article in The Telegraph. Thank you, Sarah Knapton.

Plenty more mood and anxiety titles where this baby came from. Please, peruse hundreds of titles.