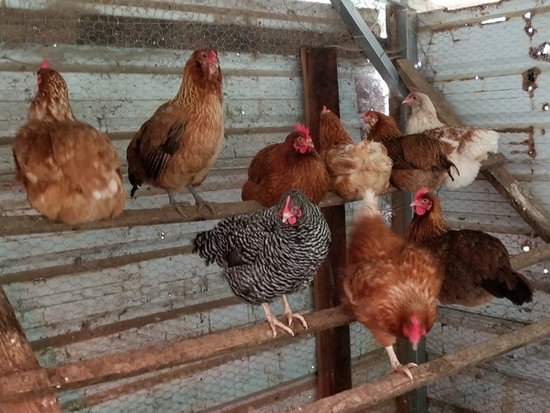 The chickens always come home to roost. It’s one of life’s great truisms. And it’s important that those of us living in the mood and anxiety disorder neck of the woods pay heed.

When we can’t or won’t ‘handle the truth,’ we’re setting ourselves up for a lot of chickens coming home.

Though a chicken didn’t get in on the action until much later, the sage observation is centuries old, believed to have been used by Roman writers circa 150 BC.

And it’s based upon a fact of nature. Chickens scratch about in the barnyard, fields, and woods throughout the day. But they always head for the hen house to roost at night.

Bringing it to our lives

The life applications of the expression are numerous; however, they all come down to a massive chunk of reality…

With very few exceptions, the facts, truth, consequences, inevitable – whatever you want to call them – eventually hit home.

I mean, we can run, and even successfully hide, but sooner or later reality cracks us upside the head like a 2 x 4.

In our neck of the woods

Certainly, “The chickens always come home to roost.” can apply to anyone. However, I believe those of us enduring mood or anxiety disorders have more encounters with it.

Why? Well, we’re going to review three reasons in just a moment. I need to run something by you first.

Can we handle the truth?

Would I be crawling out on a limb if I suggested facing the reality of ourselves and our circumstances isn’t always one of our strengths?

At times, the truth may be more than we can – or choose to – accept. What did Colonel Jessup say to Lieutenant Kaffee in A Few Good Men? “You can’t handle the truth!”

When we can’t or won’t “handle the truth,” we’re setting ourselves up for a lot of chickens coming home.

With that onboard, let’s keep moving… 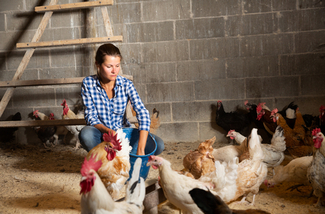 “They sure as heck did come home to roost. I guess it’s time we learned to get along.”

Okay, why would someone enduring a mood or anxiety disorder more frequently have to deal with chickens coming home to roost?

It certainly couldn’t be by choice, though I suppose one could make the case it is. I wouldn’t go so far as to say it’s a character flaw. And I wouldn’t make it a new diagnosis – what, chickens coming home to roost disorder?

So is it just so much bad luck? Why us?

Let’s take a look at a couple of relevant psych terms: egosyntonic and egodystonic.

For instance, someone who’s been diagnosed with narcissistic personality disorder may have no idea their behavior is troubling. That would make them egosyntonic. But then there’s the person who’s egodystonic because they’re fully aware of their OCD symptoms and would give all they own to get rid of them.

Both fit well here. I believe we’re initially egodystonic because we’re uncomfortable with how we feel about ourselves and our circumstances. Then our denial, diversions, and rationalizations take us to an egosyntonic state – in which we become lost in self-deception.

The bottom-line: we end up neglecting our emotional and mental needs. And you can bet a whole lot of chickens will be coming home in the future.

Procrastination is a common, shall we say, quirk for those of us doing our best to roll with a mood or anxiety disorder. Actually, it can be one of the stars in our disorder’s constellation of symptoms.

Pretty easy to understand why procrastination has returning chickens written all over it.

Finally, we may need to own up to two very touchy personal challenges: irresponsibility and immaturity.

If you’re taking ownership of one or both, you’re certainly not alone. Over the many years, I’ve written several chapters of the manual.

Come on, though, it’s not so hard to claim, is it?

I really don’t mean to be offensive, but the truth of the matter is many of us either have, or continue to, rate high on the scales of irresponsibility and immaturity. Could be generally or in specific areas of functioning.

If this is you, there’s no time for self-deception. Do yourself a favor and forego the chickens by taking action.

If we pay heed

The chickens always come home to roost, don’t they? For sure, it’s one of life’s great truisms.

Self-deception, procrastination, irresponsibility and immaturity: powerful drivers. But manageable – all.

That is if we pay heed and get to work.

Would you like to read more Chipur mood and anxiety disorder info and inspiration articles? It’s easy to peruse the titles.

Next Post: Morning depression: What you need to know