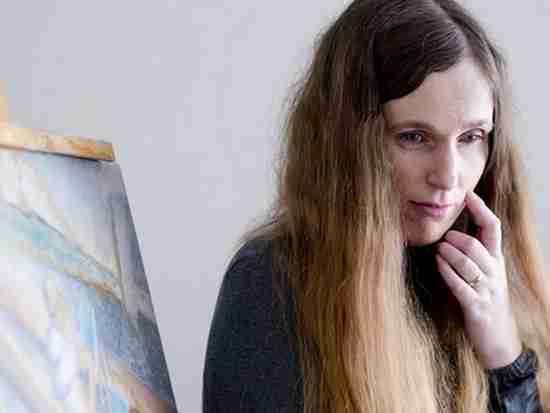 Borderline personality disorder, major depressive disorder, anorexia, OCD, schizophrenia: legitimate neurological challenges, all. But you sure couldn’t tell by the way folks “in the midst” are considered and treated.


The USA Today posted an important article last week, written by Liz Szabo – “Cost of not caring: Stigma set in stone.” It’s a four chapter comprehensive detailing how the “mentally ill” suffer horribly from what I call Americanhealthsystemitis.

It’s powerful content and I’d like to summarize it, as it needs to be available on Chipur. I’ve provided a link at the end to the piece, so be sure to read – and circulate – it.

K, two quick point-outs before we roll. You’ll find terms such as “mental illness” and “mental health” in Szabo’s piece, so I’m going to stick with them here. Thing is, though, I don’t like them because they’re stigma-perpetuating labels. Notice my use of “neurological challenges” as we began. Um, just like Parkinson’s, Alzheimer’s, and epilepsy. Also want you to know our featured image comes from the USA Today article.

If I have diabetes, there is no stigma to that. But if my brain doesn’t work, why am I supposed to be ashamed of that? It’s just another organ…I’m supposed to hide that. Pastor and author Rick Warren

Szabo hits hard and true from the get-go as she declares stigma against the mentally ill has be codified into federal law for 50 years. How so? The systemic discrimination embedded in Medicaid and Medicare laws, which has ramped-up the emptying of state psychiatric hospitals.

‘Course, 1,500 mental health centers were to be built to compensate. But, alas, fewer than half of them are bricks and mortar. So what’s picking-up the slack? E.R.s, jails, the streets – and cemeteries.

Let there be no doubt, we’re dealing with a “system” in shambles, resulting in the cruel neglect and destruction of millions of our sickest and most vulnerable country-mates.

Szabo shares the story of pastor and best-selling author Rick Warren’s chronically depressed son – Matthew. Pastor Warren tried desperately to secure the long-term care recommended for his son. Tragically, the quest was unsuccessful, and Matthew took his life last year at the age of 27.

Warren compares the stigma of mental illness to that of AIDS and HIV. And in his mind, it comes down to people being blamed for bringing suffering upon themselves. Warren…

If I have diabetes, there is no stigma to that. But if my brain doesn’t work, why am I supposed to be ashamed of that? It’s just another organ. People will readily admit to taking medicine for high blood pressure, but if I am taking medication for some kind of mental problem I’m having, I’m supposed to hide that.

Treatment Too Late, or Not At All

Another tragic manifestation of our current state of affairs is the inordinate amount of time it takes for so many to be diagnosed and receive treatment. Fact is, folks with a mental illness wait an average of 10 years to get treatment post-symptom-onset. And nearly 40% of adults with a serious mental illness received no treatment in the previous year.

News flash! 60% of adults with any mental illness go untreated.

Folks, that ain’t right! And any guesses as to why it occurs? That’s right, stigma and a lack of treatment alternatives and funding. I mean, come on – who wants to come forth as the “psycho-freak du jour,” much less having no place to go and no way to pay for it?


Okay, so what are we going to do about this mess? Well, Szabo let’s us know there are advocates out and about working for change by chipping away at discriminatory policies.

Now, as hopeful as this is, let’s not get silly. Fact is, such legislation faces an uphill battle, as Congress remains divided (really?) and preps are being made for mid-term elections. God forbid we interfere with that!

As she wraps-up her piece, Szabo names names – those “in the midst” who’ve nobly stepped forward to further the anti-stigma/discrimination cause.

She tells us about Canadian counselor, comedian, and author David Granirer, who has long suffered from depression. Guess what? His program – Stand Up for Mental Health – teaches those enduring emotional/mental woes how to turn their circumstances into comedy – and perform at assorted venues. Ya’ gotta’ check-out the website. Oh, and our featured image? It’s Jessica Dawson, who’s been diagnosed with schizophrenia. She’s a Stand Up for Mental Health participant.

People, Granirer and others (maybe you?) are making a difference. Research suggests we’ve made a smidge of progress in fighting stigma. Seems more Americans are willing to consider mental illness to be a biological condition, rather than a moral failing.

Still, we’ve grown less willing to befriend or work with someone with schizophrenia, and more inclined to see people with the disease as violent and dangerous. Seems the fallout of the shootings at Virginia Tech, Newtown, Santa Barbara, etc. is sadly profound.

Well, listen, I could go on and on (ya’ think?). But now that you have a taste of the USA Today feature, please take the time to read it and pass the word.

Come on, are you willing to do your part?

You know, so much of fighting stigma and discrimination is grounded in education. I’m thinking you can pick-up buckets of info from 600+ Chipur articles.