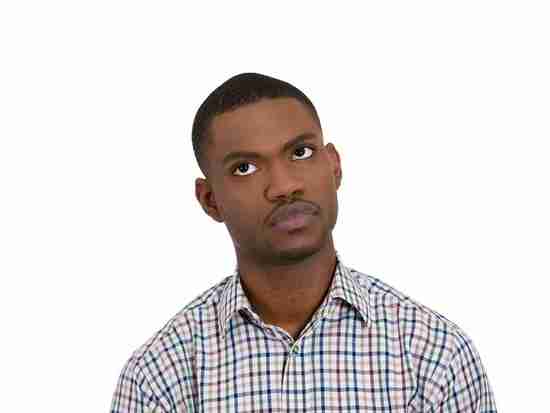 You have depression, you take an antidepressant. And zip-zip, life is sunshine, lollipops, and rainbows. Right? Ah, were it a perfect world. And an Aussie study assures us it just isn’t. But all is not lost. Lots of interesting, hopeful – yet direct – information ahead. So dig in with me…

Just what is the best depression treatment strategy? According to Davey and Chanen, it’s combining treatments. They point-out that using psychotherapy and meds is more effective than either alone.

Was cruising around the web looking for cool stuff to bring you, and a study on The Medical Journal of Australia website caught my eye. Dated May 16, 2016, “The unfulfilled promise of the antidepressant medications” was written by Drs. Christopher G. Davey and Andrew M. Chanen.

Let’s take-in some highlights. And I want to make sure you know that everything you’re about to read comes from Davey and Chanen’s study.

Davey and Chanen begin their work by cutting right to the chase. They advocate for more effective depression treatments, because current treatment protocols prevent only about 50% of the considerable burden caused by depression.

Antidepressants (ADs) are the most commonly used meds in Australia, taken daily by 10% of adults. And usage has more than doubled since 2000, spiking to among the highest in the world. The same applies to use by children and adolescents.

How did that happen?

Well, the authors believe two forces are at play, and they’re factors in other economically developed countries..

Go figure. AD use continues to rise, in the face of evidence showing they aren’t as effective as was believed – and touted.

So What About Psychotherapy and Other Treatment Options?

The most studied of the non-AD treatments is psychotherapy. And though it’s thought to be effective, there’s evidence of a decline in efficacy. Two psychotherapies have the most favorable effectiveness evidence – cognitive behavioral therapy (CBT) and interpersonal psychotherapy (IPT).

Now, what about exercise and diet? The authors concede that both are associated with good mental health; however, the evidence is dicey when it comes to depression treatment. Still, exercise and diet are worth pursuing as add-on treatments. Unfortunately, clinicians don’t recommend them often enough.

Just what is the best depression treatment strategy? According to Davey and Chanen, it’s combining treatments. They point-out that using psychotherapy and meds is more effective than either alone. In adults, for example, the effect of combined treatment compared with placebo is about twice that of meds only. Though there have been fewer studies, the same seems to apply to children and adolescents.

Sadly, even though evidence shows combined treatments to be superior, the authors point-out that recent reports suggest psychotherapy is being offered less, rather than more often, in the US. Again, the same applies to children and adolescents, though more recent evidence suggests this is reversing because of increasing concerns about the safety of ADs.

Davey and Chanen cite the development of an “unfortunate nexus” between the diagnosis of depression – of any severity – and the reflexive prescribing of meds as monotherapy. And they hold the medical profession in part responsible.

The authors go on to detail the long tradition of medical psychotherapy. After all, important psychotherapies were developed by medical practitioners such as Sigmund Freud, Aaron Beck (cognitive therapy), and Gerald Klerman (IPT). However, the times – they have changed.

These days, fewer docs possess the expertise to deliver psychotherapy, the teaching of which has been de-emphasized in psychiatry training. And it seems the effect is encouraging psychiatrists and other medical practitioners to consider meds – their area of expertise – rather than psychotherapy as the first-line treatment for depression.

Where Do We Go from Here?

Drs. Davey and Chanen tell us Big Pharma has scaled back investment in developing new drugs for mental illness. And they go on to cite the limitations of psychotherapy.

However, let’s not lose hope, as the authors suggest refining treatments is extremely promising when it comes to improving treatment outcomes.

Here’s just one example. A significant amount of research continues in characterizing treatment biomarkers. It’s all about using genetic, brain imaging, and neuropsychological parameters that could well predict a patient’s response to a particular treatment. Chipur article Depressed? Which Antidepressant Is Right for You? Enter Genetics! is a worthy read.

The authors believe ADs will continue to have a role in treating depression, in spite of dampened enthusiasm. Fact is, some patients show particularly strong responses to meds, and there’s significant evidence that ADs are effective in preventing depression relapse.

However, the challenge is encouraging medical practitioners to place ADs in an overall treatment framework. And that means offering and encouraging psychotherapy. It also means considering ADs if the depression is of at least moderate severity – or if psychotherapy is refused or hasn’t been effective.

Finally, Drs. Davey and Chanen believe ADs need to be used in a way that maximizes effectiveness. Dose should be increased if there’s been no improvement in four to six weeks. And the medication ought to be changed to another within the same class (SSRI, SNRI, tricyclic, etc.) if there’s been no improvement after six weeks. If a second change is required, an alternative class (SSRI to SNRI, etc.) needs to be considered.

And through it all, healthy lifestyle habits need to be recommended and encouraged (and practiced).

Phew! Tons of information, I know. However, I believe it’s so important – even if some of the news is a tad disappointing.

Antidepressants equate to sunshine, lollipops and rainbows. Right? Eh, well maybe not. But we’ve at least been dialed-in to some truth, and some very solid and hopeful treatment options.

Would you like to read the actual study article? Here ya’ go.

Next Post: Chips Off the Old Block | Informative Yummies from the Inbox

Previous Post: The Mother Teresa You May Not Know: Her Spiritual Health, Her Depression