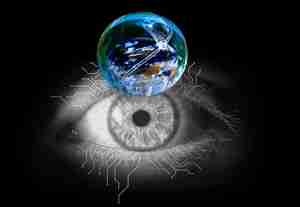 For me, overcoming depression using any of today’s antidepressants has been a disaster. So, Bill, when it comes to how to treat depression –  what does the future truly hold?

Guess I’d be sittin’ in tall cotton if I knew the answer to that question. But here’s what I do know. There’s a lot of exciting pharmacological research and development going-on – right now! And that equates to buckets of hope in terms of overcoming depression, as well as other emotional/mental health disorders.

I guess I’ve been on a future antidepressants kick lately. Several days ago I posted “How to Prevent Depression? Strike at the Source!” The article details the recent discovery of the key molecular highway to depression – the hedgehog pathway. Best part is, the discovery lays the foundation for the development of amazingly effective antidepessants.

The Future of Overcoming Depression | What is GLYX-13?

The compound GLYX-13 was discovered by Joseph Moskal, PhD. There he is to the left. Dr. Moskal is a research professor of biomedical engineering at Northwestern University’s School of Engineering and Applied Science. He’s also the director of their Falk Center for Molecular Therapeutics.

He also happens to be the founder and Chief Scientific Officer of Naurex, the neuropharmaceutical company developing GLYX-13.

GLYX-13 is a revolutionary antidepressant. As you may know, antidepressants on pharmacy shelves today “work” by inhibiting the reuptake of neurotransmitters (serotonin, norepinephrine, dopamine) involved in the connection between neurons.

Well, that’s not how GLYX-13 rolls. No, it targets brain receptors responsible for learning and memory. And the cool thing is, GLYX-13 – and new antidepressants like it – may well provide relief for bipolar disorder, the anxiety disorders, schizophrenia, Alzheimer’s disease, and more.

How ’bout this from Dr. Moskal?

Our study showed that this compound is capable of eliciting a robust and rapid antidepressant effect without the typical side effects seen with other drugs that also modulate the NMDA receptor.

How to Treat Depression | Working with NMDA Receptors

So what about that NMDA receptor Dr. Moskal modulates with GLYX-13? Well, NMDA receptors in the brain are major players in regulating the quality of the connection between neurons – and that’s huge in the regulation of learning and memory functions.

Are there other NMDA receptor “modulators?” Sure are. Ketamine, which can provide relief for treatment-resistant depression within hours of injection, is one of them. However, its side effects profile is nasty.

The bottom-line here is, Dr. Moskal and team pulled-off a way to target NMDA receptors, achieving antidepressant impact, while tossing the negative side effects.

And apparently they did a bang-up job, because in clincial trials one dose of GLYX-13 (administered intravenously, though an oral version is being developed) resulted in significant reductions in depressive symptoms in participants who’d shown little improvement using one or more antidepressants.

Check this out! The positive effects of GLYX-13 presented within 24 hours, and lasted an average of seven days. And the effect size, a measure of the magnitude of GLYX-13’s antidepressant efficacy, at 24 hours and seven days – after just one dose – was nearly twice that realized by most other antidepressants after four to six weeks of repeated dosing.

Finally, the side effects of GLYX-13 were noted as being mild to moderate, and consistent with those observed in participants receiving a placebo.

When it comes to the medicinal side of overcoming depression, what can we do but to rely upon scientists to bring us new and efficacious interventions? And it sure seems as though Dr. Moskal and others are hard after it.

Looking for some hope? From Dr. Moskal…

While the results we are seeing with GLYX-13 are very encouraging, I believe the most important research is yet to come. We have only scratched the surface of the therapeutic potential of the glutamatergic system.

I’m not naive. I’m well aware that GLYX-13 isn’t hitting pharmacy shelves tomorrow. But exciting interventions are definitely on the horizon. That just has to count for something. “Hope springs eternal?”

Be sure check-out Chipur articles on The Biology of Depression, Anxiety, and Bipolar Disorder, as well as Meds, Supplements, Devices.

Next Post: The Horror of Derealization and Depersonalization | A Reader’s Perspective

Previous Post: How to Prevent Depression? Strike at the Source!