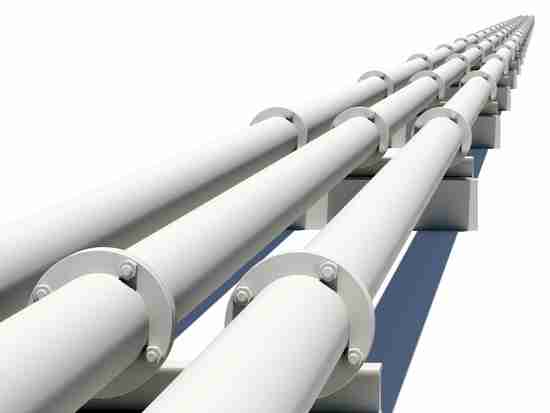 You may be taking meds right now for your depression, anxiety, or bipolarity. But maybe they’re just not cutting it anymore – and this is the third go-round. Of course, you’re wondering what’s in the pipeline. And I say we need to talk…

‘I think the attitude has been that psychiatry is a black hole and that you put money in and nothing good comes out – at least nothing particularly novel in a long time has come out.’

Producing a mood and anxiety disorder blog, it’s my responsibility to keep an eye on the meds pipeline, and dial you in on occasion.

Motivated by an article comment, I did some digging just yesterday in the anxiety neck of the woods. In the process, I came upon an article in the Guardian from January of last year that stunned me: “Why ‘big pharma’ stopped searching for the next Prozac.” It was written by Mary O’Hara and Pamela Duncan.

It’s really important that we review the piece, and I’ll mix-in a few extras…

“Why ‘big pharma’ stopped searching for the next Prozac?”

O’Hara and Duncan (O&D) begin by taking us back to the late-1980s and 1990s. That’s when the last major wave of “blockbuster” psychotropic drugs came ashore, beginning with fluoxetine (Prozac). I remember it well, as my psychiatrist flipped me to a selective serotonin reuptake inhibitor (SSRI) from imipramine (Tofranil), a tricyclic.

Indeed, the SSRIs were considered “wonder drugs.” And in many ways they were (or at least perceived to be).

Well, here we are some 25 years later, and it’s more than fair to inquire about the next blockbuster psychotropics. With so many worldwide struggling with emotional/mental disorders, what will be the next wonder drug(s)?

According to O&D, since the glory days of the SSRIs, big pharma has largely withdrawn from psychotropic research and development. And many industry experts are warning the pipeline is running dry. In fact, Harry Tracy, producer of the newsletter NeuroPerspective, observes that research programs for psychotropics have shrunk by 70% in the past decade.

In general the larger companies have walked away from psychiatry. There are a few companies who have maintained efforts in the area, but 70% tells you it’s been a pretty remarkable departure. Many withdrew from neuroscience entirely.

Was I correct in using “stunned?”

Why the Big Pharma Push Away?

O&D remind us that the SSRIs have been a huge cash cow for the industry. I mean, in the US, prescriptions have risen dramatically over the past 20 years. Heck, four times as many adults were taking antidepressants in the late-2000s compared with the early-1990s. And similar numbers apply in the UK.

Well, along came generics and earnings for the developing pharmaceutical companies came tumbling down. In fact, it’s thought that by 2019, worldwide sales of the antidepressant market leaders will be half of what was achieved in 2004.

Also contributing to the push away is the fact that big pharma considers psychotropics controversial and expensive to research. So much so that some of the bigger industry players figured it was easier to profit from, say, oncology or diabetes.

It’s probably not over-pejorative to say they got lazy. As patents started to expire they realised it was pretty hard to replace those with anything that was truly new. I think the attitude has been that psychiatry is a black hole and that you put money in and nothing good comes out – at least nothing particularly novel in a long time has come out.

O&D bring Richard Friedman, professor of clinical psychiatry at Weill Cornell Medical College in New York, to the table. Friedman agrees with Tracy, stating the industry put the kibosh on brain research because of financial risk. He also believes a major problem is the difficulty factor in bringing psychotropics to market. The testing is typically problematic and questions always exist regarding performance versus placebos.

It’s really hard to design, execute and get a positive clinical trial. Drug companies are so conservative. They have basically been making minor tweaks of existing drugs as soon as the patent runs out.

There are additional factors to consider, which you can check-out in the original article.

Well, at this point I may well have you biting your nails off (finger and toe). But hang in there, all is certainly not lost. O&D point-out that big pharma’s interest may have stalled, but it didn’t come to a screeching halt.

How ’bout some examples from my digging around?

Ketamine continues to receive tons of attention for the treatment of treatment resistant depression and major depressive disorder with suicidal ideation. Janssen is hard at it with the intranasal administered esketamine. And Allergan’s rapastinel (GLYX-13) is coming fairly soon. Finally, Alkermes is working hard on bringing ALKS 5461 to market.

Here, take a look at a comprehensive list of Medicines in Development for Mental Health for 2016 from PhRMA.

So in spite of some difficult to swallow news regarding the psychotropic pipeline, there’s still reason for optimism. In his assessment that the quest for more and better drugs “is far from hopeless,” Friedman explains…

So maybe we can look at the current “downish-time” as more a matter of allowing neuroscience research space to make crucial discoveries, and targeted drugs can then be developed.

And if you’re concerned about time, don’t forget the FDA (US) has breakthrough therapy and fast track designations that can really speed things along.

That’s going to do it for this edition, people. And now you now what’s really going on with the mood and anxiety disorder meds pipeline. Yes, it’s a punch in the gut at first, but hope finally emerges.

Isn’t that the way it always is?

The original Why ‘big pharma’ stopped searching for the next Prozac. Thank you Mary O’Hara and Pamela Duncan.

Innovative approaches to bipolar disorder and its treatment

Hundreds and hundreds of Chipur titles (had to slide that in)

Next Post: The CAUSE of DEPRESSION: What If It Really Is THIS?

Previous Post: Is Your Mind DUPING You into Believing Your ANTIDEPRESSANT Is WORKING (but it really isn’t)?