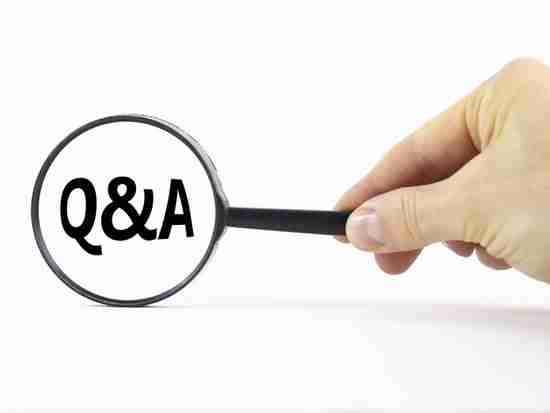 Knowledge is like good food. Sometimes you just can’t get enough. When it comes to the mood and anxiety disorders, there’s so much to learn. That’s why it’s important to chow down on helpful morsels, even when you aren’t hungry. And they often end up tasting great. Let’s dig in to our Q&A…

When my mood and anxiety disorders hit home decades ago, I tapped every resource I could to learn about what was happening to me. Still do. It’s interesting that I often come upon the most helpful info when I’m not really looking. Perhaps you’ll feel the same when you finish reading this piece.

I included “A Quick Q&A” in my new eBook, 27 Rays of Hope: From 50 Years of Living with Depression & Anxiety, which will be available fairly soon. I’m going to give you a sneak peek at the Q&A, though I can’t bring you all of it – too long for an article.

Still, maybe you’ll bump into something appetizing that you didn’t know was on the menu.

What are mood and anxiety disorders?

You may have bumped into the term affect. Though in the same neck of the woods, mood and affect aren’t synonymous. Affect is a shorter-term expression of an emotional state usually caused by specific events. Let’s go with this: mood is the climate, affect is the weather.

When it comes to disordered mood, we’re talking about life-interrupting highs, lows, and both.

According to the American Psychiatric Association’s Diagnostic and Statistical Manual of Mental Disorders (DSM-5), here are the biggie mood disorders. They’re found within two categories: Depressive Disorders and Bipolar and Related Disorders…

Keep in mind, there are assorted types and specifiers involved. Also to be considered are substance and medical condition induced.

An anxiety disorder involves, yep, life-interrupting anxiety. On my game, aren’t I? And what’s anxiety? Simply, it’s an overwhelming sense of apprehension and fear. Often accompanying are physical signs, questions of threat reality, and doubt about being able to manage what one thinks may go down.

According to the DSM-5, here are the biggie anxiety disorders…

Just like the mood disorders, there are variations to be considered. Substance and medical condition induced are also factors.

Are the causes of the mood and anxiety disorders biological or psychological?

Okay, the nature vs. nurture question. Hey, cause (etiology) continues to get more and more scientific attention, so lots to be determined. And that means all we really have to roll with are theory and speculation. Still, I believe we’re dealing with biology and psychology – individually and together.

‘Course, that raises all sorts of questions. Does one necessarily lead to the other? How, in fact, do biology and psychology interact? What’s the exact mix between the two? Again, who really knows for sure. Besides, there’s so much variation on a per case basis. So instead of using the term “cause,” let’s think of it in terms of “contributors” or “triggers.” 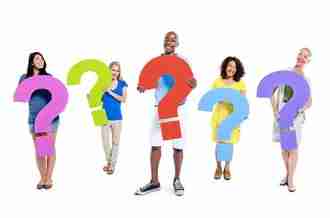 The mood and anxiety disorders: A helpful Q&A

Now that we have that settled, let’s spend a little time on something known as the diathesis-stress model. I think you’ll find it interesting. We’ll begin with the definition of diathesis: a constitutional predisposition toward a particular state or condition, especially one that’s abnormal or diseased.

So the diathesis-stress model is a psychological theory that attempts to explain a disorder, or its trajectory, in terms of an interaction between a pre-dispositional vulnerability (diathesis) and a stressor that interrupts one’s psychological equilibrium.

The diathesis can take the form of genetic, psychological, biological, or situational factors. If the combination of predisposition and stressor(s) exceed a certain threshold, the person will develop, in our chat, a mood or anxiety disorder.

Do mood and anxiety disorders run in families?

Yep. Major depressive disorder and the anxiety disorders are in the range of 20-45% inherited. Bipolar disorder is right at 75%. In terms of diagnosing and understanding mood and anxiety disorders, those numbers are important to know. But then we go right back to the nature vs. nurture discussion, don’t we?

What is temperament, and is it a factor in the mood and anxiety disorders?

Yes, temperament is a huge factor in the mood and anxiety disorders. But what is it? Temperament is the part of us – behaviorally, emotionally, and more – that’s independent of learning. We could say it’s the “us” – a portion of personality – that’s onboard when we pop into this world. Indeed, temperament is one of those diatheses we just talked about.

Hans Eysenck, a twentieth century psychologist whose primary interest was temperament, believed it’s genetically based and physiologically supported. Eysenck discovered what he called dimensions – superfactors – of temperament. One of them, neuroticism, is right up our alley.

According to Eysenck, someone with a neuroticistic temperament may be “normal” and fairly calm and collected; however, they may also lean toward nervousness (in those days, “neurosis”). And, of course, nervous sorts are more likely to be diagnosed with a mood or anxiety disorder.

Eysenck got into phenomena such as extraversion-introversion. And he put a ton of stock into how our brains balance excitation and inhibition. According to Eysenck, excitation is the brain waking itself up and getting into an alert and learning mode. Inhibition is the brain calming itself down, relaxing, and going to sleep or protecting itself in the face of overwhelming stimulation. Their interplay is often a tricky balancing act for us. Think about it, can you recall moments of excitation/inhibition conflict? I sure can.

Eysenck took the matter further and examined the interaction of neuroticism and extraversion-introversion, and how it generates assorted psychological problems. Fascinating stuff, if you ever want to dig in.

Hey, suffice it to say that temperament is a big factor in the generation and staying power of mood and anxiety disorders. I mean, it’s us. Does that make sense?

Do meds really work for the mood and anxiety disorders?

Meds hold the potential to help us through a mood or anxiety disorder. For some, they’re lifesavers. Still, results can be disappointing, and a contributing factor may be expectation. For instance, many people believe that starting an antidepressant regimen will quickly free them from their depression or anxiety. Not only can it take as long as six to eight weeks for positive results to show, expected positive results may never arrive. Just one of the problems is the individual being on the wrong med. Heck, there are six selective serotonin reuptake inhibitor (SSRI) antidepressants – and that’s just one class. Well, great, then it’s about finding the right one – if it exists.

Bottom-line: using meds for the treatment of a mood or anxiety disorder is often a crapshoot. Just ask someone who’s struggling somewhere on the bipolar spectrum about finding the right mood stabilizer. But do I think meds are worth a go? Yes. And for what it’s worth, I’ve learned over the years that if one is going to use meds, they ought to participate in therapy. A meds/therapy combo works best.

Does therapy really work for the mood and anxiety disorders?

You knew that was coming, right? Yes, therapy can be of great assistance in managing a mood or anxiety disorder. But let’s keep several factors in mind. Therapy will be a bust if the individual isn’t willing to accept their circumstances and work hard to claim relief.

And then there’s the therapeutic alliance. If there isn’t a trusting “click” between the individual and therapist, results may be iffy. Finally, the correct type of therapy has to be used, and the therapist needs to have been trained in it, as well as have experience.

By the way, therapy doesn’t have to go on forever, even if we’re using meds. It’s a personal decision best made in consultation with one’s therapist and/or psychiatrist.

Well, that’ll do it for our Q&A. Lots of information to ingest, but eating some helpful morsels – anytime – is a good thing. And if you’re still hungry, there are plenty of places to grab a quick bite.

Speaking of places to grab a quick bite (or two), you’re visiting one right now. Go ahead, review the Chipur menu.

Next Post: Zuranolone: An exciting antidepressant in the pipeline