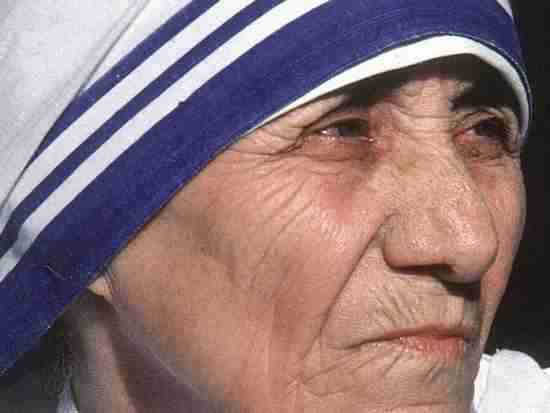 A saint to be, Mother Teresa is known around the globe for her tireless missionary work. But most don’t know about her spiritual health challenges, and her depression. But thanks to the following guest article, you will…

People say they are drawn closer to God – seeing my faith. Is this not deceiving people? Every time I have wanted to tell the truth – that I have no faith.   Mother Teresa

Blessed Teresa of Calcutta, MC will be canonized into sainthood this September. Who doesn’t know of her? Heck, I posted an article about her some six years ago.

Received an email from Amelia Carruthers of Oxford University Press. She’d visited Chipur and thought I’d be interested in a post on their blog. I checked-it-out, and in short order inquired if I could run with it as a guest article – permission granted.

So I bring you the guest article, “Unwholly bound: Mother Teresa’s battles with depression.” The author is George Graham, Professor of Philosophy, and Adjunct Faculty in the Neuroscience Program at Georgia State University. He is the author of The Abraham Dilemma: A Divine Delusion.

A psychiatrist’s couch is no place to debate the existence of God. Yet spiritual health is an inseparable part of mental or psychological health: something no psychiatrist should regard with clinical indifference. But what does spiritual or religious health involve? This can’t just include normalized versions of monistic theism – but the entire set of human dispositions that may be thought of in spiritual terms. This is too big a question to answer here, of course, but perhaps a step in the right direction may come from addressing another question:

What does spiritual health not involve?

Here are three things not to say about spiritual health:

Here, ‘bounded’ spiritual health should be at the center of the issue. A spiritually healthy person is not immune to forms of superstitious anxiety or ritualistic obsession. If spiritual health was perfectionist, spiritually unwelcome attitudes would not abide in people we class as ‘healthy.’ The land of spiritual health has a cratered and uneven surface. It possess peaks of spiritual sense and sensibility. The peaks, however, do not stand alone – they possess ragged edges and ravines…

To illustrate this point, I’d like to take a brief look at someone who, although iconic in her religiosity, may not have been spiritually healthy.

Consider Mother Teresa of Calcutta. She died in 1997. After her death, a book entitled Come Be My Light: The Private Writings of the Saint of Calcutta appeared. It holds a selection of her letters and diary entries, and was edited by Brian Kolodiejchuk, a priest.

The book drew a lot of attention. The main reason? Many of the letters and entries consist of Mother Teresa’s descriptions of her suffering from a decades-long and disabling depression, or chronic form of emotional darkness. Depression, she reports:

Surrounds me on all sides – I can’t lift my soul to God – no light or inspiration enters my soul . . . Heaven, what emptiness – not a single thought of Heaven enters my mind – for there is no hope…The place of God in my soul is blank.

Chronic depression steals away whoever a person is. Mother Teresa desired to feel close to her God. Depression was a thief. It took the possibility of feeling close to God away from her. She reports that when she was in prayer in a public place: “People say they are drawn closer to God – seeing my faith. Is this not deceiving people? Every time I have wanted to tell the truth – that I have no faith.”

Prayer for many people is crucial to their presumed relationship with God. It helps to make him seem more real, more available. It did not do so for Teresa.

As Mother Teresa aged, she became more circumspect in her writing. However, her thirst for intimacy with God was never satisfied. Was her strife and emotional darkness compatible with spiritual health – bounded, and humanly constrained?

Reports from the Vatican indicate that Mother Teresa will soon be canonized. Alas, the future saint may have suffered needlessly due to an absence of psychiatric medical treatment. Apparently, the Church never considered that option for her. Mother Teresa received pastoral counseling, but it was cloaked in a somber and discouraging theology. Suffering from a felt absence of God, some of her counselors urged, was God’s way of drawing her close to him. This reading of her state of mind understandably did not reduce her misery. Perhaps she would have rejected secularized psychiatric attention, but unfortunately, we will never know.

Mother Teresa’s depression hung on her like an “unwholly weight” – making its full impact felt on a person who spent decades mired in conditions of abject poverty, illness, and death. As an important lesson to remember, it’s far from clear that this saint in Calcutta was spiritually healthy. Bound, or unbound.

Thank you, Professor Graham, for the article. You gave us much to consider. And thank you Amelia Carruthers for the email and tip. Glad we all got together.

So, the Mother Teresa you may not have known. Yes, we’re aware of her work – even her Nobel Peace Prize. But who would have thought she struggled so deeply with spirituality – and depression?

Actually makes her much more human to me, in spite of being a soon-to-be saint.

If you’d like to read the article on the Oxford University Press blog, have at it.

And if you’d like to peruse 675 Chipur titles, they’re waiting for you.

Next Post: The Disappointment of Antidepressants: You Really Need to Read This Study

Previous Post: Cool tattoo. Who knew it was your second brain?