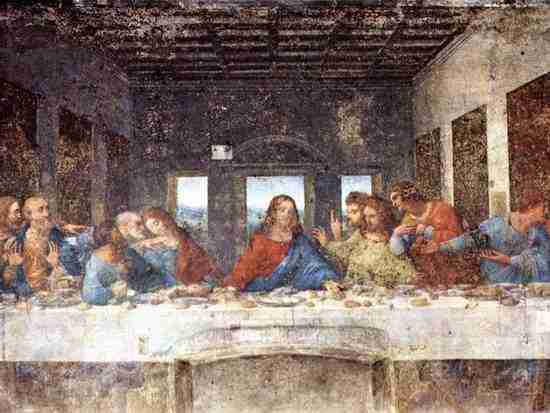 Are you fascinated by words? I sure am. We send and receive them so freely and most often don’t consider their origin and literal meaning. “Emotion” is a huge word in the mood and anxiety disorder neck of the woods. So huge it begs a closer look. With the help of Leonardo da Vinci, let’s do it…

‘The motions and postures of figures should display the true mental state of the originator of these motions, in such a way they can mean nothing else. Movements should announce the motions of the mind.’  Leonardo da Vinci

Etymology: we’ll call it the science of words. Oh, I suppose it could border on geekdom, but it’s really very interesting. Fact is, every so often we come upon a word to which slicing and dicing brings a deeper – helpful – understanding. “Emotion” is one of those words.

Emotion: a conscious mental reaction (such as anger and fear) subjectively experienced as strong feeling usually directed toward a specific object and typically accompanied by physiological and behavioral changes in the body. (Merriam-Webster)

I’m thinking we emotion experts can accept that definition.

The Etymology of “Emotion”

Okay, let’s get all etymological…

The word “emotion” was born in the 12th century. In the Latin, “emovere”: move out, remove, agitate – “movere”: to move. Over the following hundreds of years the word transitioned through Old and Middle French, and the meanings were moving, stirring, agitation, stir-up, move, and more. Interestingly enough, “strong feeling” didn’t enter the picture until the 1650s. And the meaning was stretched to “any feeling” in 1808.

The Interplay of Mind and Body

In my mind, the spirit here is one of movement – motion. But that makes sense, doesn’t it? Don’t know about you, but I firmly believe in the interplay of mind and body (as though they were ever separate entities). I mean, our emotions are expressed through our bodies and our bodies express themselves through our emotions.

The lesson here is simple: We can’t forget the interplay of mind and body – emotion and motion. Emotion is expressed physically, as the physical is expressed emotionally. 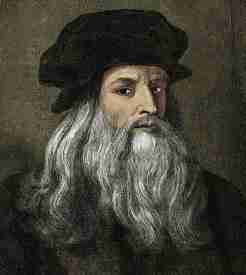 Walter Isaacson has written a marvelous book, Leonardo da Vinci. It’s the source for what you’re about to read.

Leonardo: painter, sculptor, inventor, architect, engineer, scientist, writer – and diligent observer and recorder of life. It’s extremely difficult for me to fathom such a gifted human being.

As Leonardo’s talent and cultural impact progressed he pioneered a new style that treated narrative paintings and portraits as “psychological exhibitions.”

According to Isaacson, Leonardo wanted to portray not only moti corporali, the motions of the body, but also how they related to what he called atti e moti mentali – the attitudes and motions of the mind. And he was a master at connecting the two. As examples, Isaacson cites The Last Supper and the Mona Lisa.

Leonardo was hugely influenced by Leon Battista Alberti’s book, On Painting. In the book, Alberti observed, “Movements of the soul are made known by movements of the body.”

Within that spirit, Leonardo jotted-down the following in his notebook…

The good painter has to paint two principal things, man and the intention of his mind. The first is easy and the second is difficult, because the latter has to be represented through gestures and movements of the limbs. 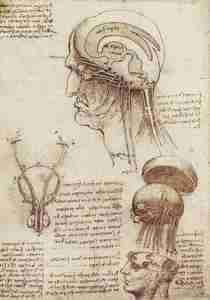 Isaacson tells us that Leonardo’s mission in portraying the outward manifestations of inner emotions not only ended-up driving his art, but his anatomical studies, as well. For instance, when Leonardo dissected a brain he would try to figure-out the precise location where the connections were made between sensory perceptions, emotions, and motions.

It’s believed that by the end of his career, Leonardo’s pursuit of how the brain and nerves turned emotions into motions became near obsessive. Isaacson wrote, “It was enough to make the Mona Lisa smile.”

So one has to wonder. Was Leonardo’s fascination with emotion just another curiosity, or was it a natural manifestation of his depressive struggles?

The signs are definitely there. Isaacson cites Leonardo’s inability to finish two pieces: the Adoration of the Magi and Saint Jerome in the Wilderness. Perhaps they were left unfinished because of Leonardo’s melancholy or depression. Heck, maybe his inability to complete the paintings contributed to same.

But there’s more. Isaacson reveals that Leonardo’s notebooks from around 1480 are filled with expressions of gloom and anguish. On a page that includes a drawing of a water clock and sundial Leonardo writes…

We do not lack devices for measuring these miserable days of ours, in which it should be our pleasure that they be not frittered away without leaving behind any memory of ourselves in the mind of men.

And at one point he went so far as to write…

Around the same time a friend wrote a very personal poem for Leonardo. In its introduction the friend wrote, “Leonardo, why so troubled?”

Finally, Leonardo entered this quote from someone named Johannes into his notebook: “There is no perfect gift without great suffering. Our glories and our triumphs pass away.”

Hundreds and hundreds of Chipur articles are on the stand-by. Why not peruse some titles?

Next Post: Depression & Anxiety Relief: Why a bath may be just the ticket