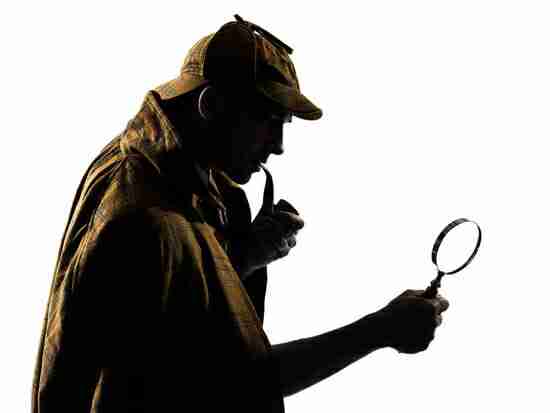 You can’t fix something if you don’t know how it works. Cars, clogged drains, a bad back, emotional/mental health disorders: it’s just a fact of life. OCD is a complicated illness that deserves a fix. And though its workings are complicated, there’s a lot of slick and hopeful detective work going-on. Like this…

She asked if her scan can be used to help confirm that she has OCD. See, Claire read online about research that can accurately diagnose OCD using brain scans.

We have a lot to do, so we need to dig right in. But real quick, two important things…

First, if you have obsessive-compulsive disorder (OCD), you know why detective work pertaining to its neurobiology is vitally important. Secondly, our Sherlocks are Dr. Jon Grant and Dr. Samuel Chamberlain. Their work was presented in their article Exploring the Neurobiology of OCD: Clinical Implications, which appeared in Psychiatric Times.

Okay, in the moment executive decision: now that I think about it, we’re going to have to discuss Grant and Chamberlain’s work in two parts. There’s just too much significant info to cut corners. So let’s handle Part 1 now and we’ll do Part 2 in a handful of days.

In setting the table for their work, the docs underscore this foundational truth: OCD is the model disorder of compulsivity (a tendency toward repetitive habitual actions that the patient needs to perform, regardless of life-disrupting consequences). For the record, other compulsivity disorders include trichotillomania, hoarding, body dysmorphic, skin-picking, and Tourette’s disorders. 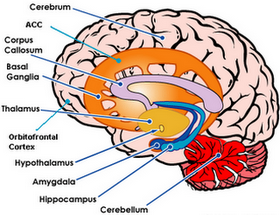 As they discuss brain circuitry in OCD, Grant and Chamberlain cleverly open with a vignette…

Claire is a 21-year-old student whose five-year history of moderately severe OCD is headlined by taboo sexual thoughts with the repeated need to confess.

Claire signed-up for a research study exploring the neurobiology of OCD, a structural brain scan being provided. She asked if her scan can be used to help confirm that she has OCD. See, Claire read online about research that can accurately diagnose OCD using brain scans. She even asked for a picture of her brain so she can see the changes that happen with OCD.

We’ll get to the docs’ response in just a bit.

In the meantime, Grant and Chamberlain acknowledge that cortical (the 2-4 mm outer layer of brain tissue, excluding the cerebellum) and sub-cortical structural and functional abnormalities are implicated in OCD.

Specifically, we’re talking about grey matter volume increases and decreases, reductions in cortical thickness, and reductions in something called fractional anisotropy – a measure of fiber density, diameter of axons, and myelination in white matter.

Bottom-line: a whole lot of shakin’ goin’ on all over the place.

It’s interesting that recent findings from case-control studies pertaining to functional connectivity show that OCD patients and their clinically asymptomatic first-degree relatives (parent, sibling, child) experienced reduced functional connectivity during a motor inhibition task (an executive function that allows us to inhibit impulses and behaviors in response to stimuli).

Yes, I said asymptomatic. As in no symptoms.

There are other studies that show connectivity issues in OCD patients and asymptomatic first-degree relatives. This is mightily significant because it may show vulnerability markers for OCD.

The Docs Respond to Claire’s Questions

Okay, back to the vignette and Grant and Chamberlain’s response to Claire’s questions…

So that takes care of biz for Part 1. We’ll continue with Dr. Grant’s and Dr. Chamberlain’s work in Part 2 as they consider the impact on treatment of advances in understanding the neurobiology of OCD.

Reality says detective work doesn’t bring immediate relief. But can you see how vitally important it is for fixes in the future? And does it give you hope that hard work continues?

Want to learn all you can about the mood and anxiety disorders – and what to do about them? Hundreds of Chipur articles await.

Next Post: The Neurobiology of OCD: Some Slick & Hopeful Detective Work (Part 2)

Previous Post: 11 Things to Do When Life Gets Flaming Hot (E/M First Aid)