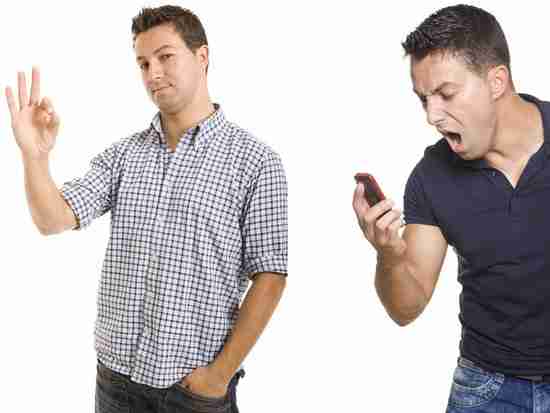 The news media want to mess with our minds. Politically left or right, their mission is to stoke anger, as they set the hook. And they expect us to perpetuate the ire by sharing with others. I resented the game. You, too, may want to quit…

But what got me was how the news media take advantage of existing anger that isn’t at all related to their agenda.

Take a look at our friend above. He’s looking relaxed and together on the left. But you can see how he used to roll, as he checks-in with one of his news sources.

Maybe it’s the same for you: the then-and-now sure hits home on this side of the fence. Beginning several months prior to the 2016 elections here in the US, I became totally consumed by the news game. They got me – hook, line, and sinker.

Well, I quit not too long ago. And what a positive difference it’s made in my life.

Let’s talk about this troubling phenomenon…

How the news controls us

I’ve spent quite a bit of time thinking about how I became controlled by the news game – the media. Fortunately, I’ve been able to come up with some answers. But as with any “addiction,” if you’d like, I had a pretty good idea as to what was going-on while I was “using.” Fact is, I knew how miserable I was, but wasn’t motivated enough to knock it off.

Without a doubt, the most significant factor involved in the hook was anger. And, as I submitted, stoking anger is the mission of the news media. So I was a sitting duck.

Now, there are two angles on anger’s involvement. The news media are experts at creating fresh ire. So let’s say someone was lucky enough to be totally void of anger. Well, they won’t be for long.

But what got me was how the news media take advantage of existing anger that isn’t at all related to their agenda. We’re talking about “stuffed” anger that longs to be released – relieved. So out it comes. But the problem is it’s misdirected – way off target. And the transference can occur quietly and quickly.

That’s what was happening to me. The anger I was holding within, having nothing to do with the news, would pour forth. And it really took its toll. Heck, how was I to identify and resolve it when it was directed at the wrong source? 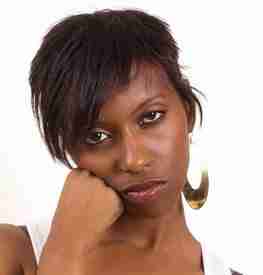 The other primary issue I’d like to run by you is boredom. Always keep in mind, boredom can loom large even if we’re busy.

For instance, there I’d sit in my car eating lunch. Naturally, I’d immediately grab my phone, open the Facebook app, and head for the news sources I knew would rile me up the most.

For me, the phone was a perfect fit because it occupies my hands and fingers, as well as my mind. I mean, I found tapping away incredibly gratifying and comforting. What else was I going to do – listen to music, do some writing, meditate? God forbid.

But let me be clear, the news game went well beyond just reading and getting ticked-off. No, there were comments to leave – new ones and replies to what others had to say. And then there were replies to their replies.

It was all just sick. And you know what? If any of the media actors were able to see what I was doing, they’d have been thrilled. I began to resent that, which contributed to quitting the game.

Why would we do that to ourselves?

If you’re reading this article – on Chipur – you’re likely enduring a mood or anxiety disorder. And if that’s the case, why would any of us play the news game?

I’m sure you know by now that frustration, aggravation, stress, anger, etc. will cause problems. And you likely know that dicey behavior, like playing the comment portion of the game, is a sign that something’s up deep down inside. And if you want to go the addiction route, we’re a cinch for them.

Look, those of us doing our level best to manage a mood or anxiety disorder aren’t wired for the news game. It’s just that simple.

So why would we do that to ourselves?

Since I quit the game I’ve found that my life has significantly changed. Sure, I’m more comfortable and at peace, but it’s more than that. Since I’m not spending so much time playing the game, I find other – more productive and fulfilling – things to do. And I’m able to focus upon personal issues, such as anger and boredom, and work toward resolution.

Still, when I grab my phone to dive into something worthy, it’s so darned tempting to get silly – especially if I’m using Facebook. But that’s why I canned so many likes and follows.

Do you need to quit the “news” game?

For all I know you may be saying to yourself, “What the heck is this guy talking about?” Yeah, but many of you know exactly what I’m talking about. If you’re one of them, maybe it’s time to consider quitting the “news” game. It really is one of the best decisions I ever made.

Don’t let the “news” media mess with your mind. You’re better than that.

So much more about the mood and anxiety disorders is but a tap away. Review the hundreds of Chipur titles.

Next Post: Election day: Life goes on. Always has, always will.

Previous Post: Brodmann areas and depression: What and why you need to know