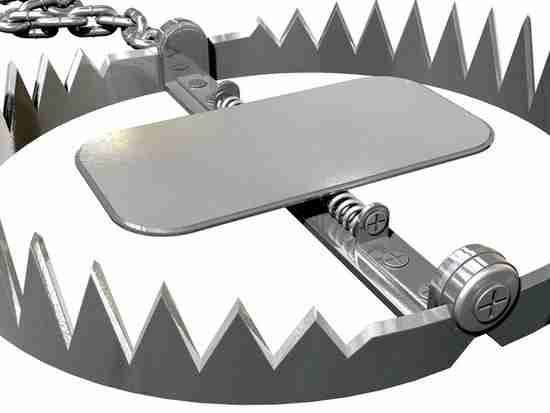 “Okay, so I experience panic attack symptoms and don’t handle stress well. Years ago a shrink even mentioned ‘bipolar disorder.’ But, come on now, I’m going on 50. I should be over it by now. At least that’s what I expect.”

Hmmm. Well, so much for expectations. I’m thinkin’ someone’s caught in the “should” trap. And whether or not s/he even realizes it, the pain just has to be intense (and totally unnecessary). I mean, think about how much angst, symptom-cycling, and stalled growth has been at play.

Dang, those “shoulds,” “expects,” and “musts!” They so deviously fly under the radar, don’t they?

Do you indulge? Have you ever monitored and tracked it? I dunno’, maybe it’s time – just sayin’.

Several months ago I posted Stop Depression & Anxiety | 15 Styles of Distorted Thinking. Well,  one of those 15 is “Shoulds,” with the following detail: “We have ironclad rules about how we – and others – ‘should’ act. And when these rules are broken we get angry (when we break them we feel guilty).” Are you living under unreasonable rules?

Albert Ellis was a great psychologist. In fact, in a 1982 professional survey of American and Canadian psychologists, he was considered the second most influential in history. By the way, #1? Carl Rogers. #3? Uncle Siggy (Freud).

Now, to say the very least, Ellis was a character. Interesting – he had an intense fear of public speaking, and was super-shy around the opposite sex as a teen. So what did he do about it? Well, at age 19 he forced himself to chat with 100 women in the Bronx Botanical Gardens over 30 days. I kid you not. Okay, so he didn’t score a date; however, he claimed the experience desensitized him to his fear of female rejection.

Risque warning! Ellis coined the term “musturbation,” in an effort to emphasize the utter meaninglessness of the “shoulds” and “musts” we beat ourselves up with day after day. According to him, “First we obsessively convince ourselves that we must live up to these ‘irrational’ demands – and then we harshly condemn ourselves (and others) when (inevitably) we (and they) don’t.”

More from Ellis. He’s such a quotation machine…

If human emotions largely result from thinking, then one may appreciably control one’s feelings by controlling one’s thoughts – or by changing the internalized sentences, or self-talk, with which one largely created the feeling in the first place.

There are three musts that hold us back: I must do well. You must treat me well. And the world must be easy.

You largely constructed your depression. It wasn’t given to you. Therefore you can deconstruct it.

Stop shoulding on yourself.

He was a character. Yes? Can you imagine having him as your therapist? I’m thinking he’d be demanding as heck – but compassionate – as he had his own dragons to slay. And that’s what gave/gives him the power to shoot arrows directly at a very nasty and harmful human habit.

Upon examining your results, if you determine you’re consistently stepping in the trap, think about what you’re doing to yourself. Yes, deeply consider the self-inflicted pain and stalled growth. And then it’s on to strategies and techniques to help you knock-it-off. Heck, if you have a few now, include them in a comment.

Folks, I get it – panic attack symptoms, troubling stress, bipolar disorder, major depressive disorder, and then some – who wouldn’t want to “should” it all away? But like the A.A. vet told me 30 years ago after I whined my fanny off about not being able to drink during the holidays – “Tough sh**, you can’t!”

First we obsessively convince ourselves that we must live up to these ‘irrational’ demands – and then we harshly condemn ourselves (and others) when (inevitably) we (and they) don’t.

You know, I think you should (kidding) peruse some Chipur titles. Comin’ at ya’…

Next Post: Back Where It All Began | A Quick Journey to a Shattered Past

Previous Post: Stories of Courage and Hope | Patricia is “Brave Beyond Words”