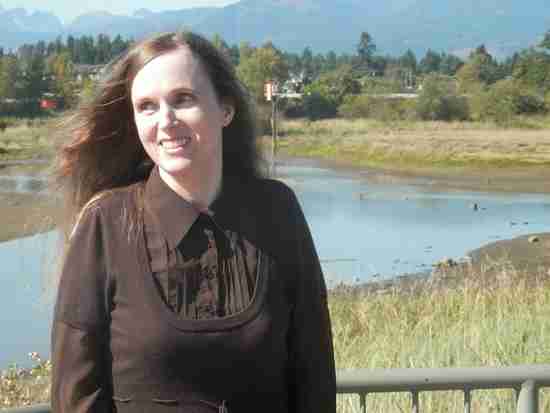 Stigma! In all its insidious glory, it destroys lives. PTSD, anorexia, major depressive disorder, schizophrenia – those in the midst are innocent victims of discriminating cruelty. It’s long beyond time we confronted stigma and put it down. And tales of bravery and endurance, like Jessica’s, bring inspiration and motivation.

Love presenting guest posts. We first met Jessica some two months ago when I posted a piece based upon an article in the USA Today series “The Cost of Not Caring” – in which Jessica was featured. Shortly after posting, Jessica got in touch – and we’ve been communicating ever since. I asked her if she’d be willing to bring us a guest post and, thankfully, she agreed.

Be inspired and motivated…

It is my passion that not another person experiences their diagnosis being kept from them – all because of the fear of stigma! Jessica

When I was 22-years-old I was catatonic (not talking or responding to stimuli), not able to eat or drink, and dying in a psychiatric hospital. Electroconvulsive therapy (ECT) was used as a last resort, and after a few rounds I was slowly able to take in fluids, eat, and talk again.

The doctors informed my parents I was diagnosed with schizophrenia, and they believed this diagnosis should be kept from me to protect me from the stigma associated with mental illness. I was told I had “no diagnosis” and my situation was “special” – and my symptoms were like nothing the psychiatrists had seen before.

As a young woman I lived in a care home, and received most of the same services as all my new friends with schizophrenia. I would meet up with the gang at a weekly event called “The Schizophrenic Luncheon,” which I enjoyed and looked forward to.

Consequently, since Mental Health Services also did not know I was diagnosed with schizophrenia, I was told I had to pay $5 if I wanted to continue to attend the luncheon. I was devastated, as this was a lot of money – since I only received 80 sum-odd-dollars a month to buy the things I needed. I felt alienated and stopped going to the luncheon.

Similarly, at a local clubhouse for persons with chronic mental illness, many of my friends met for a support group for persons suffering from schizophrenia. I knew I had many of the same symptoms and asked if I could join. There was a vote, and one of my friends voted against my being in the group. Why? Because I “did not have schizophrenia.”  This left me further alienated and without support.

The words of the psychiatrists floated around in my head that my situation was “special,” and it hadn’t been seen before. Therefore, I concluded it must be a spiritual problem, and I went from church to church looking for answers.

I had serious delusions. Each day, for much of the two years I was off medication, I waited to sprout wings and fly away. In that time I started hearing voices, which became so chronic I never had a day – a moment – without them. The struggle I had with the voices led to thoughts of suicide, as I wondered if I was responsible for hearing them. (Fortunately, years later I had a mental health case manager who encouraged me that the voices were not me, they were my illness. To this day, I believe his words have kept me alive.)

At 26 years old, I talked to a member of a church who was a counselor at a local high-school. After relaying my symptoms, he said the words, “That sounds like schizophrenia.”  And I immediately was defensive and upset, and adamantly assured him that I did not have schizophrenia! I reiterated that I was “special” and had “no diagnosis!”

At this point I was now living with my parents, and their attempts to treat my symptoms with herbs from the health food store had proved unsuccessful.  So four years after the diagnosis, my mom (in either a weak moment or a moment of strength) exclaimed, “You’re a schizophrenic! … You have schizophrenia!”  Subsequently, my whole world started to make more sense, and I sought treatment.

Having my diagnosis kept from me may or may not have protected me from stigma, but it did keep me from services, support, and the medication needed for my medical issues. To this day, I am stuck with the voices I started to hear while I was off medication. Like a scratch in a record, they are still there.

I believe there is the probability had I known my diagnosis, and stayed on my medication, my condition would not have become as advanced to the point of hearing voices. Yet because of my experience, I am a strong advocate for the early intervention and treatment of schizophrenia, and seek to fight the stigma attached to it.

It is my passion that not another person experiences their diagnosis being kept from them – all because of the fear of stigma!

Stigma – Let’s Put It Down!

Thank you, Jessica. Your message is powerful, and your bravery and outreach are inspiring.

It’s time we gathered the motivation and courage to stand-up to it, and put it flat-down.

Hey, here are some interesting facts from NAMI – National Alliance on Mental Illness (a worthy membership, by the way).

Jessica Dawson was born in North Vancouver, British Columbia. Her involvement with Stand Up For Mental Health led to a small highlight in the book, The Happy Neurotic, by David Granirer. Earlier this year, Dawson was photographed and interviewed for the USA Today series “The Cost of Not Caring.” Jessica is a Media Outreach Coordinator promoting volunteerism, and attends her local college studying philosophy. Her interests include poetry, art, and journalism. She lives on Vancouver Island with her husband and son.

Next Post: 17 Ways to Get ‘Er Rollin’ When the Wheels Come Flyin’ Off