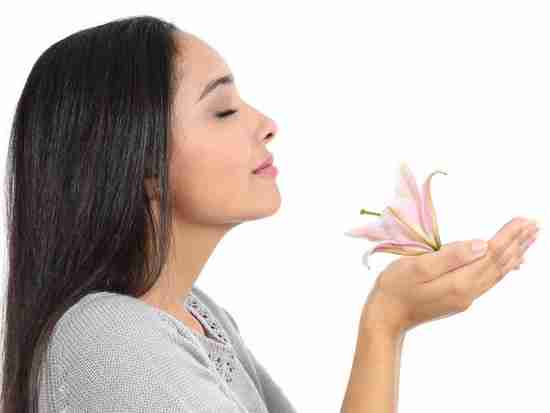 Our senses are miraculous. Touch, sight, hearing, smell, taste: they’re wonders, individually and when working together. We’re going to discuss the sense that I believe doesn’t get its due. Let’s learn about the stunning power of smell…

Looks like Layla, above, is loving the stunning power of smell. But here’s a story about a time I didn’t think very highly of it…

Ether, which smells beyond horrible, was a commonly used anesthetic decades ago. It knocked me out during a medical and dental procedure as a kid. I get the creeps even writing about it.

Anyway, some years ago I was walking through a parking lot and out of nowhere the smell of ether hit me. I flipped into an immediate panic and had to know where the smell was coming from – now. Then I could run. Turns out ether is an ingredient in engine starting fluid. And there it was, a car with its hood up, the owner spraying away. Now, I hadn’t smelled ether in probably 40 years at the time. But, bam!

As I was browsing the net for post ideas, an article socked me right on the nose. “Why odors trigger powerful memories,” written by Marla Paul, appears on Northwestern University’s news site, Northwestern Now. The article summarizes a new Northwestern Medicine research paper that was published in the journal, Progress in Neurobiology. The work focuses upon identifying a neural basis for how the brain enables odors to bring forth powerful memories.

The connection between smell and memory

The research submits there’s a neurobiological basis for exclusive access by olfaction (the sense of smell) to memory areas in the brain. Specifically mentioned is the hippocampus. Located deep within the brain, and part of the limbic system, the hippocampus (we have two, actually) is involved in the long-term storage of memory. Of note is its role in declarative memory – memory involving things that can be purposely recalled, such as facts and events.

The study compares connections between visual, auditory, touch, and smell sensory areas of the brain and the hippocampus. And it’s interesting that olfaction has the strongest connectivity. The paper refers to it as a “superhighway.”

Does that surprise you? 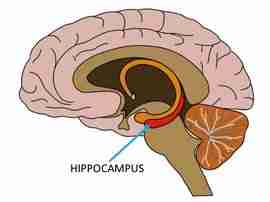 “During evolution, humans experienced a profound expansion of the neocortex that re-organized access to memory networks. Vision, hearing and touch all re-routed in the brain as the neocortex expanded, connecting with the hippocampus through an intermediary — association cortex — rather than directly. Our data suggests olfaction did not undergo this re-routing, and instead retained direct access to the hippocampus.”

Sidebar: ponder why that is. I mean, why the “superhighway?”

The workings of olfaction are important in and of themselves. However, with COVID-19 on the scene, they become a priority. Dr. Zelano points-out that with COVID-19, smell loss has become epidemic. So understanding the manner in which odors impact our brains – memories, cognition, and more – is huge. Yes, how can we develop treatments if we don’t know what’s going on?

Let’s move on to a quick Q & A Northwestern Now conducted with Dr. Zelano. I think you’ll find it read-worthy…

Why do smells evoke such vivid memories?

“This has been an enduring mystery of human experience. Nearly everyone has been transported by a whiff of an odor to another time and place, an experience that sights or sounds rarely evoke. Yet, we haven’t known why. The study found the olfactory parts of the brain connect more strongly to the memory parts than other senses. This is a major piece of the puzzle, a striking finding in humans. We believe our results will help future research solve this mystery.”

How does smell research relate to COVID-19?

“The COVID-19 epidemic has brought a renewed focus and urgency to olfactory research. While our study doesn’t address COVID smell loss directly, it does speak to an important aspect of why olfaction is important to our lives: smells are a profound part of memory, and odors connect us to especially important memories in our lives, often connected to loved ones. The smell of fresh chopped parsley may evoke a grandmother’s cooking, or a whiff of a cigar may evoke a grandfather’s presence. Odors connect us to important memories that transport us back to the presence of those people.”

What is the goal of this study?

“Loss of the sense of smell is underestimated in its impact. It has profound negative effects on quality of life, and many people underestimate that until they experience it. Smell loss is highly correlated with depression and poor quality of life.”

“Most people who lose their smell to COVID regain it, but the time frame varies widely, and some have had what appears to be permanent loss. Understanding smell loss, in turn, requires research into the basic neural operations of this under-studied sensory system.”

“Research like ours moves understanding of the olfactory parts of the brain forward, with the goal of providing the foundation for translational work on, ultimately, interventions.”

Don’t know about you, but I love learning about how the brain works. And even though I knew what was going on during my scary ether reintroduction, it’s cool to read about current research that connects familiar dots.

The stunning power of smell. Just one more sensual miracle.

Go ahead and read the original article: Why odors trigger powerful memories, on Northwestern Now.

There are hundreds upon hundreds of Chipur posts waiting to help. Review the titles.

Next Post: Irritability: What to understand and how to manage

Previous Post: Major Depressive Disorder: What you need to know