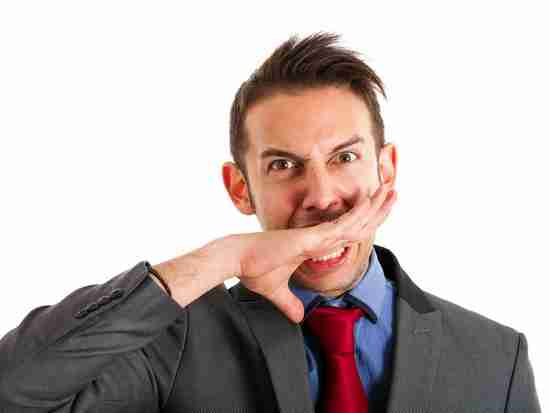 When it comes to the emotional and mental impact of depression, anxiety, and stress, the thing has never been the thing. No, the thing is the reaction to the thing. That’s a constant you can count on. But does the same apply to the physical impact? Let’s take a look…

These results tell us that a person’s perceptions and emotional reactions to stressful events are more important than exposure to stress per se.               Dr. Nancy L. Sin

Life had been going well. Family, home, work – all was in great shape. Life was good, at least until that day at work.

Out of nowhere, your boss called a team meeting. According to the big-dog, business hadn’t been at all good for some time and expenses were going to have to be cut. The boss said layoffs aren’t expected, but everyone was going to have to knuckle-down.

You said to yourself, “Wait, what? I’m going to be laid-off?” “But life has been so good. We can’t afford me being out of work!”

‘Course, your selected listening got you into trouble. That led to faulty perception. And that, in turn, led to your totally avoidable overreaction. Which, by the way, took you to new heights of depression, anxiety, and stress.

My word, how the cognitive distortions flew!

Hey, we’ve all been known to have a handful or two (or 10) of these perceptual/reactionary nightmares. Just kind of comes with the mood and anxiety disorder briefcase and territory.

So we know the emotional and mental impact of depression, anxiety, and stress are driven by misperception and overreaction.

But what about the physical impact of same?

Have you ever said something like – “Dang, years of depression, anxiety, and stress hits have to be wreaking havoc on my body!”

If so, health researchers from Penn State and Columbia Universities have conducted a study you’ll find interesting. The results of their work were recently published in the journal Psychosomatic Medicine.

The research team believes how we perceive and react to stressful events is more important to our health than how frequently we encounter stress – all those years of hits.

The team had no problem acknowledging that stress and negative emotions can increase heart disease risk. But when it came to why, they took pause.

The team noted that one potential pathway linking stress to future heart disease is dysregulation of the autonomic nervous system. So maybe it’s about an individual’s normally self-regulated nervous system derailing.

In an effort to clarify, Penn State’s Nancy L. Sin, PhD and team decided to determine if daily stress and heart rate variability – a measure of autonomic regulation of the heart – are somehow connected. Oh, we need to know that heart rate variability is the variation in intervals between consecutive heartbeats.

According to Dr. Sin…

By the way, this is an important study because very few have examined the relationship between heart rate variability and daily stressful events.

The team analyzed data pulled from some 900 participants of a national study. Age range was 35-85. Included were eight consecutive days of phone interviews and results from an electrocardiogram.

So during the interviews, the participants were asked to report the day’s stressful events. And they were asked to rate how stressful each event was by choosing “not at all,” “not very,” “somewhat,” or “very.”

On average, participants reported having at least one stressful experience on 42% of the interview days, and these experiences were generally rated as “somewhat” stressful.

Now, how ’bout this?

The team discovered that the participants who reported an abundance of stressful events weren’t necessarily the ones who had lower heart rate variability.

No, it didn’t matter how many, or how few, stressful events a participant faced; those who perceived the events as more stressful – or who experienced a greater spike in negative emotions – had lower heart rate variability. And that equates to a higher risk for heart disease.

These results tell us that a person’s perceptions and emotional reactions to stressful events are more important than exposure to stress per se. This adds to the evidence that minor hassles might pile up to influence health. We hope these findings will help inform the development of interventions to improve well-being in daily life and to promote better health.

So what do you think?

Be it the emotional, mental, or physical impact of depression, anxiety, and stress, the thing has never been the thing. The thing has always been (mis)perception and (over)reaction.

I’d say making a purchase right about now will help you sidestep all sorts of depression, anxiety, and stress. (This stuff is always in the conversation, huh.)

A shout-out to Penn State | News for the study scoop.

Next Post: “It Is Well with My Soul”: A Tale of Family Tragedy, Courage, and Victory