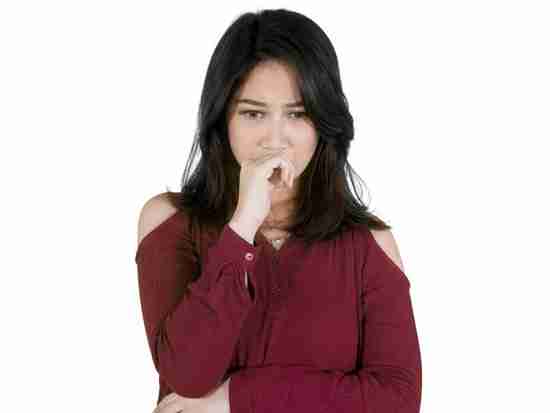 The thoughts keep coming. You’re constantly worrying, fretting, analyzing, and getting down on yourself. It’s just never-ending negative mind-chatter. Well, don’t feel hopeless and alone. Rumination is difficult to get a handle on, making it troubling for many of us. How ‘bout 10 ways to manage…

Our friend is struggling. She looks like she’s lost in another world, doesn’t she? It’s one crippling thought after another. She has no idea what’s happening and she’s afraid – and ruminating about that.

I posted an article on rumination here on Chipur ten years ago. It’s a troubling phenomenon for which readers and clients continue to seek help. Given the need, I decided to “remodel” the piece, even including some nice touches from a great article by Dr. Chris Aiken at Psych Education: “Overthinking, Worry, and Rumination.” I’ll slip you a link at the end. By the way, it would be time well spent to browse the entire site after checking-out the article. Dr. Aiken and Dr. Phelps provide some great information.

We’ll kick things off with two definitions of “ruminate” from Merriam-Webster: “to go over in the mind repeatedly and often casually or slowly,” “to chew again what has been chewed slightly and swallowed: chew the cud.” The origin of the word goes back to the 16th century: “to chew the cud; turn over in the mind.”

Wait, what’s all this “chew the cud” business? As a normal part of digestion, ruminant animals (cows, deer, giraffes, etc.) regurgitate their food, chew it again to add saliva – and down the old hatch it goes for a second time. Actually, there’s a rare human condition known as rumination syndrome. The individual does exactly what ruminant animals do – they may even spit the food out.

Within the context of this article, the principle is much the same. Rumination is a distress-response mechanism featuring repetitively and passively focusing upon – regurgitating and reprocessing – the symptoms of distress and their possible causes and consequences.

Rumination is a symptom and cause of depression. In fact, it’s thought that changing the rumination habit can double the chances of recovery. Rumination is prevalent in presentations of anxiety, OCD, and bipolar mania.

It’s known that some subjects are more likely to trigger rumination. Are any of these a fit for you? 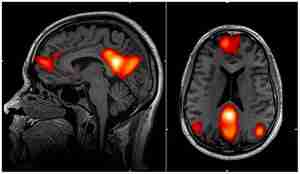 Like any condition or symptom we discuss, it’s difficult to nail down cause. I mean, we’re dealing with the brain. However, on the anatomical and physiological side of the fence, it’s believed that ruminative thoughts are associated with increased default mode network (DMN) connectivity, giving it dominance over other brain networks during rest.

The DMN is just one more example of the wonder of the brain. Expect an article in the near future.

Then there’s environment and psychology. Perhaps it’ll be useful to consider what we’ll call a ruminator profile. Here are some common characteristics…

Ruminating is a habit. And like any habit, it can be changed. The key is shifting focus to other goings-on in the present. Of course, those goings-on may have to be created.

So it’s a matter of distraction.

With habit changing and distraction in mind, here are 10 ways to manage rumination…

Rumination: the thoughts keep coming. Yes, it’s difficult to get a handle on the troubling mind-chatter, but don’t ever feel hopeless or alone. A lot of us endure and manage it.

Never forget, ruminating is a habit – one that can be changed. And you can do it.

If you’d like to do some independent research on rumination, do an internet search for the work of Susan Nolen-Hoeksema – a pioneer in the field of rumination.

Be sure to read Overthinking, Worry, and Rumination by Dr. Chris Aiken over at Psych Education, and take the time to peruse the site.

And give the hundreds of Chipur mood and anxiety-related titles a look-see. Tons of help to be found.

Next Post: The default mode network: What and why you NEED to know