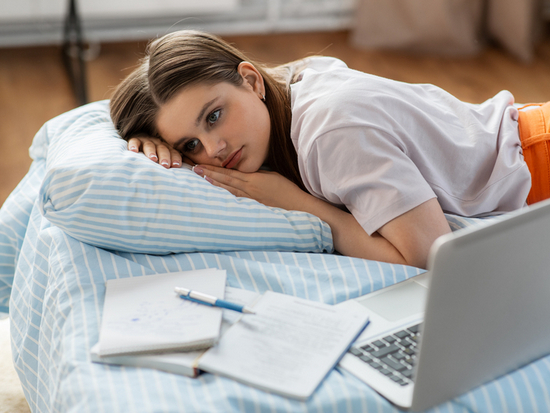 The coroner ruled it was “…an act of self-harm while suffering from depression and the negative effects of online content.” The truth about social media and teenage suicide – the heartbreaking, yet hopeful, Molly Russell story…

’If you’re struggling, please speak to someone you trust or one of the many support organizations, rather than engage with online content that may be harmful.’  Molly’s father, Ian Russell

The inquest – judicial inquiry – at North London Coroner’s Court ended this past Friday.

…an act of self-harm while suffering from depression and the negative effects of online content.

He went on to say the online material Molly viewed on platforms, including Pinterest and Instagram, “was not safe” and “should not have been available for a child to see.”

Molly Russell lived in Harrow, a northwest suburb of London. According to her father, she showed no obvious signs of severe emotional or mental illness until a year before her death.

It was then that the family noticed major changes, including feelings of worthlessness, a deepened sense of helplessness, and social withdrawal.

Still, to her family, Molly’s life appeared to be normal.

During the inquiry, a statement was read to the court on behalf of Molly’s mother, detailing the discovery of her daughter’s body.

Mrs. Russell said she was doing household chores on the morning of Molly’s death. After sending one of her other daughters off to school, she began searching the house for Molly – but couldn’t find her.

Then the shock and heartbreak…

I knew then something wasn’t right. I saw a load of her clothes on the floor (of her bedroom). For some reason I thought Molly had run away.

As I looked in her room, I found her…I had no doubt it was her.

I can’t even imagine. 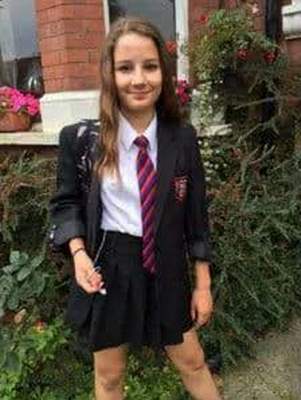 Mr. Walker’s ruling – “…an act of self-harm while suffering from depression and the negative effects of online content.” – was unprecedented.


It was the first of its kind to directly and officially blame a child’s death on social media.

Also unprecedented was requiring the in person,  under oath testimony of representatives of the two platforms involved.

We’ll get into some telling cross-examination details in just a bit.

In her father’s words, Molly’s online environment was “the bleakest of worlds.”

During the inquiry he stated a lot of the content Molly was viewing seemed to “normalise” self-harm and suicide, while discouraging people from pursuing mental health care.

When Mr. Russell looked at Molly’s YouTube account he saw numerous normal teenage “likes” and “follows.” And there were a similar high number of disturbing posts pertaining to anxiety, depression, self-harm, and suicide.

Of the 16,300 posts she saved, shared, or liked on Instagram in the six-month period before her death, 2,100 were depression, self-harm, or suicide-related.

Mr. Russell expressed shock when he saw the subject lines of the emails were clearly promoting depression-related content.

And perhaps most exasperating of all, some of the emails were selected and provided without a request from Molly.

How horrific was the material? A testifying child psychiatrist said even he found it disturbing and distressing. After the inquiry, he said there were times over several weeks that he was unable to sleep well.


And given that a depressed 14-year-old viewed the material over a period of months, there could be no doubt Molly was affected.

Even after her death, the disturbing content continued to be delivered.

John Naughton of The Guardian nailed it when he wrote, “Molly Russell was trapped by the cruel algorithms of Pinterest and Instagram.”

During the inquiry, cross-examination of the two company representatives spoke volumes.

The Russell family’s lawyer, Oliver Sanders KC, walked Mr. Hoffman of Pinterest through the last 100 posts Molly had seen before she died.

It was a little different with Ms. Lagone of Meta. Evidence was presented showing that, as said earlier, of the 16,300 posts Molly saved, shared, or liked on Instagram in the six-month period before her death, 2,100 were depression, self-harm, or suicide-related.

Sanders then asked if she believed the material is safe for children.

Lagone’s first reply was it’s safe for people to be able to express themselves. Not satisfied, he asked again. Lagone said she didn’t find it a binary question.

Sanders was relentless. He asked, “So you are saying yes, it is safe or no, it isn’t safe?”

Lagone replied, “Yes, it is safe.” 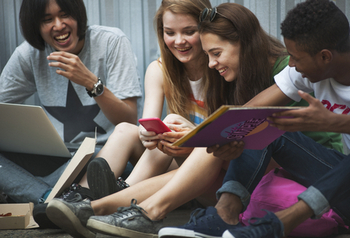 Advocate for health and peace for our young people.

Instagram already announced in 2019 that it will ban all graphic self-harm images and drawings as part of a series of changes made in response to Molly’s death.

However, when the co-founder of Pinterest, Ben Silbermann – a father of two, was asked at his home if he believed his platform is dangerous for kids, he replied, “I don’t have any comment.”

Her father’s grace and vision

In response to the coroner’s ruling, Molly’s father had the grace and vision to say “there is always hope” no matter how “dark it seems.”

More of his wisdom and love…

If you’re struggling, please speak to someone you trust or one of the many support organizations, rather than engage with online content that may be harmful.

Thank you, Molly, for being my daughter. Thank you.

We should not be sitting here. This should not happen because it does not need to happen. We told this story in the hope that change would come about.

During the inquiry Mr. Russell emphasized “It’s OK not to be OK.”

No parent should ever have to endure what Ian Russell and his family have been through. They have been so incredibly brave. Online safety for our children and young people needs to be a prerequisite, not an afterthought.

No more denial and ignorance

The coroner ruled “…an act of self-harm while suffering from depression and the negative effects of online content” killed Molly Russell.

And we all know she isn’t the only one.

Molly’s story is heartbreaking, but now hopeful. Social media’s deadly impact upon our youth can no longer be denied – ignored.

Let’s advocate for health and peace for our young people – and continue to monitor the work of Silicon Valley.

Be sure to connect with the Molly Rose Foundation. Established in Molly’s memory by family members and friends, its mission is to reach out to those under the age of 25 who are at risk of suicide. The foundation provides a ton of help, support, and practical advice.

If you or someone you care about needs help or are in immediate danger, the Foundation has incredible resources. Go to their Find Help page and tap on the green box: “To use the Find a Helpline service click here.” There are other resources available as well.

Image of Molly with permission: Molly Rose Foundation. That is not Molly in the featured image.

More Chipur mood and anxiety disorder info and inspiration articles? The titles are waiting for you.

Next Post: Self-monitoring driving you bonkers? What you need to know

Previous Post: There’s hope for depression and anxiety: Never give up