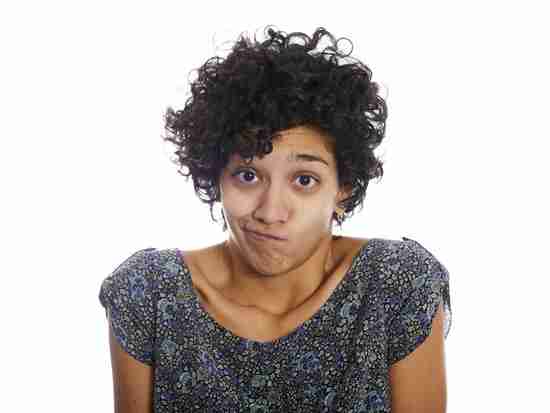 It’s not as though dealing with OCD or tics and Tourette syndrome individually isn’t tough enough. But, go figure, they can have a very chummy and tricky coexistence. And if you’re in the midst, or care about someone who is, it’s important to connect the dots. So let’s get after it…

Though speculative, the ‘tourettic OCD’ perspective of Mansueto and Keular opens the door to treatment possibilities that ‘inside-the-box’ thinking just can’t offer.

We began our series on tic disorders a week ago with “The Truth About Tic Disorders | Challenging Stigma, Restoring Lives.” Be sure to take a peek for the “what’s” pertaining to tics and the disorders.

I had intended for this piece to review causes and treatment; however, as I was doing my research I came upon an article on the International OCD Foundation website entitled “OCD and Tourette Syndrome: Re-examining the Relationship.” It’s an “expert” article written by Charles S. Mansueto, PhD, Director of the Behavior Therapy Center of Greater Washington.

I was blown-away by Dr. Mansueto’s insight, point-of-view, compassion, and kind writing-style. So I just had to bring the piece to you. How ’bout we do the cause and treatment piece next week?

Oh, just a quick note. Because of space constraints, there’s no way we’ll be able to get into the treatment options Dr. Mansueto details. But I’ll provide a link to his article as we close so you can indulge at-will.

Before we get started, I want to address Tourette syndrome (TS), which is horribly misunderstood. Fact is, some of you may have a hunch you have it, but won’t pursue diagnosis and treatment. And that’s because in your mind it would confirm that it’s only a matter of time before you begin to blurt-out obscenities or socially inappropriate and derogatory remarks (coprolalia). Just so you know, it presents in only about 10% of cases. And even if you’re in that 10%, there are scads of management strategies and techniques that’ll help you move-on with your life.

So, TS diagnostic criteria? Very simply, multiple motor tics and one or more verbal (phonic) tic presenting during the course of the disorder.

Okay, Dr. Mansueto kicks-things-off by thanking the “hundreds of kids” he’s personally worked with in 25+ years of clinical practice. As he puts it, “They were as much my teachers as my patients, in that they opened my eyes to numerous insights, some of which are outlined here.”

He then moves-on to examine commonly accepted views of OCD and tic disorders. I’m recommending you check-out the International OCD Foundation’s website for the OCD scoop and the first article of this series for the lowdown on tic disorders. Both links are just above.

OCD and tics/Tourette syndrome (T/TS) are independent entities – diagnosable situations, each. Ah, but according to Mansueto, that sets the table for some curious goings-on.

Mansueto posits there’s substantial evidence that the overlap of OCD and T/TS suggests a very chummy and tricky relationship between the two. What evidence?

Can you see how significant it is to identify and understand the overlap? And let’s keep in mind that it has a huge impact upon diagnosis, treatment decisions, predicted course of the disorder, and prognosis.

So why all the slicing and dicing? According to Mansueto, it’s about helping the patient thrive in the face of some pretty formidable impediments.

In an effort to address the shortcomings in the OCD and T/TS literature, Dr. Mansueto and his colleague, David Keuler, propose the existence of a clinical subgroup of folk, seen frequently in treatment, who present with a distinguishable cluster of symptoms that represent a blend of OCD and T/TS features.

They call the subtype “Tourettic OCD” (TOCD). And it’s distinct from “purer” forms of OCD because it’s heavily influenced by T/TS-associated features.

The distinguishing features of TOCD?

TOCD symptoms can present alone or may coexist with classic OCD symptoms.

Finally, it’s not uncommon for TOCD to have been preceded by certain “historical indicators.” These may include early signs of sensory hypersensitivity (tactile-defensive reactions to clothing tags, scratchy fabrics, confining clothes, etc.), multiple comorbid disorders (particularly the attention deficit component of ADHD, learning disorders, impulsivity, and issues with emotional self-control), a weak – or no – response to SSRI (Zoloft, Celexa, Lexapro, etc.) mono-therapy, and a weak, no, or abnormal response to exposure and response prevention therapy (ERP).

Also presenting may be sexually aggressive or gruesome images.

Though speculative, the TOCD perspective of Mansueto and Keular opens the door to treatment possibilities that “inside-the-box” thinking just can’t offer. At their clinic, patients receive a mix of therapeutic approaches pulled from both OCD and T/TS “tool kits.”

Mansueto shares that a good number of patients, many of whom are children, come to his clinic because OCD has been detected – in the midst of a complex of other diagnoses. He refers to this array of diagnoses as the “Alphabet Soup Syndrome.”

Tics or TS may not be in the mix; however, common co-diagnosed situations include the attention deficit component of ADHD, learning disabilities, oppositional defiant disorder, and sensory processing disorder. Sensory processing disorder is an unofficial diagnosis, which is designed to explain a child’s emotional “meltdowns” (depression or other mood disorders are typical).

According to Mansueto, a large portion of these patients have hallmark features of TOCD, along with the array of associated conditions that occur so often in conjunction with a nervous system that is prone to developing tics. However, the manifested simple tics may not be the easiest to identify.

At Mansueto’s clinic, the array of problems is viewed as the product of a “tourettic nervous system,” which is “hair-triggered,” easily aroused, and hard to settle. In these folk, the excitatory mechanisms of the nervous system, which initiate and energize actions and feelings, are working just fine. It’s the complementary inhibitory mechanisms that modulate these functions that aren’t up to the task.

That is a powerful observation.

Gotta’ tell ya’, I’m out of breath from putting this piece together. There was just so much creative, detailed, and important info to work with. Can you see why Dr. Mansueto’s article nailed me right between the eyes?

If you or someone you care about is dealing with OCD, tics, or Tourette syndrome, understanding the potential for a very chummy and tricky coexistence is vitally important.

Please be sure to read Dr. Mansueto’s article. It’s loaded with relevant and meaningful information. Heck, I’ll go so far to say it’s a “must read.”

While you’re at it, go ahead and read the final piece in the series The Truth About Tic Disorders | “Whoa! What causes these, anyway? And how do I show them the door?”

683 Chipur titles await your perusal. Go ahead, take a peek.

Next Post: The Truth About Tic Disorders | “Whoa! What causes these, anyway? And how do I show them the door?”