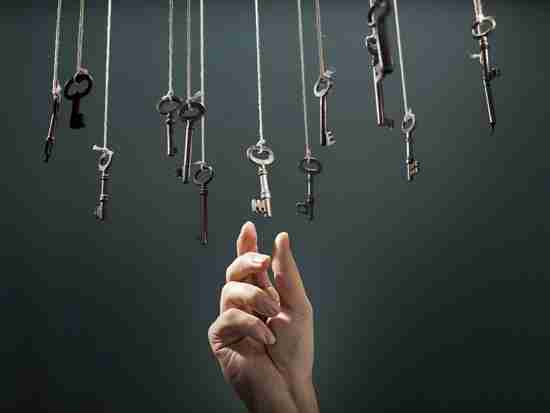 “Everybody knows treating depression means taking meds.” Well, that may be what’s goin’ around, but it isn’t rock-solid fact. There are alternatives. And Chipur reader BCat brings us a fascinating one in her guest post…

A few weeks ago I had the good fortune to see Dr. Albert Mensah, a practicing physician and the main protegee of Dr. Walsh. When I told him of my rather ghastly symptoms, he pronounced, ‘Why, you most certainly have high copper and low methylation.’

Gosh, how long has it been since BCat began commenting on Chipur articles? She’s brought so much to what we do here. Hmmm, could have something to do with her 22 years of “black, bleak depression,” and her never-ending quest for even a flicker of light.

Some time ago I asked BCat if she’d be willing to share a portion of her journey in a guest post. I was thrilled she agreed, and even more thrilled when I received the copy.

This is creative and cutting-edge treatment material, folks. So I’ll butt-out and bring you…

The Walsh Protocol: A Journey of Hope

Imagine that Stephen King has always wanted to meet Edgar Allan Poe – a safe bet – and finds a way to transmogrify back to the early 1800s.

He comes upon Edgar ensconced in a moldy old Gothic monstrosity, the inspiration for House of Usher, and says to him, “Say Edgar, I’ve brought with me a magic potion from the 20th century. It’s called ‘LSD’ and it will inspire us to mutual creativity. What say you?” Edgar says, “Splendid! However, I’d like to bring along some ‘Tears of the Dragon’ absinthe, of which I’m inordinately fond.”

So off they go. The LSD, however, has been laced with strychnine, an ill-fated method of prolonging the trip and enhancing colors, which serves to cause gibbering claustrophobia and a claw-like clenching in the neck and gut. Nasty stuff, indeed.

Days later they emerge, panting, wild-eyed and hung over (there’s no hangover like an absinthe hangover). “By Jove, but that was marvelously hideous!”, cries Edgar, “Let us write some lugubrious literature!” “Better yet”, says Stephen, “Let us make a malevolent movie.” “What’s a movie?”, asks Edgar.

A movie was eventually made, entitled “The Life and Times of BarbCat.” Alas, BCat has spent a good 40% of her life since age 10 – that’s 22 years – in a black, bleak depression – an interminable SK/EAP movie about a hideously bad acid trip.

Meds don’t do much for me, to the consternation of my frustrated shrinks; who have offered me everything in their arsenal – to not much avail. I’ve been diagnosed bipolar, but I’m not really. You can bet I’ve spent many years hunting down reasons (for moi, it’s both nature and nurture) and whatever might bring me relief.

I’ve found something that provides hope and makes good sense – the Walsh Protocol.

Dr. William Walsh was the research chemist for Dr. Carl Pfeiffer, one of the fathers of what was then called orthomolecular medicine, and has gone-on to create his own enhanced protocol based on 35 years of research. He was studying epigenetic medicine long before it had a name.

His research has found that these categories respond to a specifically targeted nutrient protocol based on blood, hair, and urine analysis. Most of these problems can be traced to how DNA expresses (methylation and acetylation status), which can produce wonky enzymes and co-factors downstream that put monkey wrenches into the neurotransmitter works.

I first heard of Dr. Carl Pfeiffer’s work 20 years ago from my husband’s cousin, whose son had autism. He was put on the nutrient protocol and within two years was in total remission. He’s now in grad school and doing fine.

Dr. Walsh has progressed this work greatly since then. I read his book, Nutrient Power, a wonderful summary of his findings, and based on my symptoms came to the conclusion, “Hmmm, I think I have high copper and low methylation.”

A few weeks ago I had the good fortune to see Dr. Albert Mensah, a practicing physician and the main protegee of Dr. Walsh. When I told him of my rather ghastly symptoms, he pronounced, “Why, you most certainly have high copper and low methylation.” By Jove!

My grandmother had psychosis throughout her life, and six of her nine children were affected, including my poor troubled father.

I won’t have much to report about my progress until my lab work comes back, after which I’ll be placed on the protocol. In the meantime, I thought I would write additionally on what I’ve learned about cell biology and methylation – such as, just what the heck is methylation and why is it important?

Also important is why DNA tests are interesting, but don’t provide a full or accurate picture of what’s actually going on biochemically – e.g. how and if DNA is expressing due to genetic and/or environmental issues, as well as why indiscriminate supplementing is a bad idea.

It’s fascinating stuff, and I’ll try to do it justice. Stay tuned!

Yes, we will stay tuned, BCat – and hope to read more in the near future. Thank you for your contribution to the cause.

So what say you, Chipur reader? Is she on to something? Please share with us in a comment.

How ’bout some more mood and anxiety disorder info? Hundreds of Chipur titles!

Next Post: Our Teens Are Hurting and Dying | They Deserve a Lot More EMPATHY

Previous Post: The Antidepressant Black Box Warning: Is It Necessary? Did It Backfire?