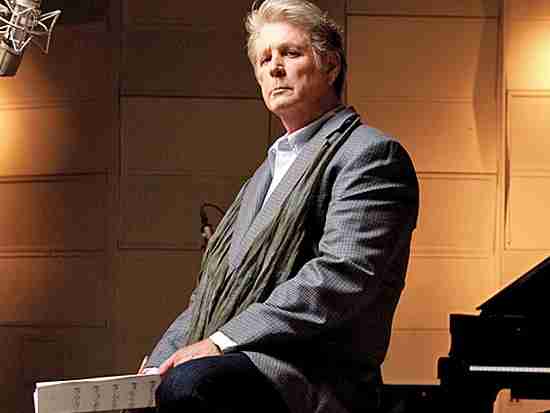 Most of us have at least one hero. Could be the same person we’d love to be stranded with on a desert island. I have a handful, one of them being Brian Wilson. It was a spiritual experience, just over a week ago…

For those into diagnoses, it’s believed that over the years Brian’s included schizophrenia (unspecified and paranoid types), unipolar and bipolar depression, schizoaffective disorder, and multiple substance use disorders.

Knowing how much Brian Wilson means to me, my brother bought me a ticket to his Pet Sounds 50th Anniversary World Tour show for my birthday.

Though Pet Sounds was released by the Beach Boys in 1966, it’s truly a Brian Wilson solo work of art. Rolling Stone ranks it second on its list of the 500 Greatest Albums of All Time.

Quick statement before we continue. We’re going to be reviewing portions of Brian Wilson’s emotional and mental health history. Sure, it’s publicly available; however, it’s still personal information. I share it with respect and admiration. And because I’m including it to help others, I’m thinking Brian would be okay with it.

Who is Brian Wilson? 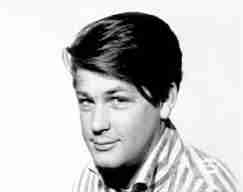 Brian Douglas Wilson was born in Inglewood, CA in 1942. Brian, his two brothers, a cousin, and a friend first performed as a group, which became the Beach Boys, in 1961. The rest is rock and roll history.

His use of unorthodox methods of composition, vocal harmony writing, instrument selection, and production skills made him one of the most creative and influential pop music figures of the 20th century. Understandably, he’s often called a musical genius. By the way, his singing voice was angelic.

And how ’bout this? Brian was just about completely deaf in his right ear.

I could go on and on, but here’s Paul McCartney on Brian and Pet Sounds…

…it was Pet Sounds that blew me out of the water. First of all, it was Brian’s writing. I love the album so much. I’ve just bought my kids each a copy of it for their education in life – I figure no one is educated musically ’til they’ve heard that album. I was into the writing and the songs.

And then came emotional and mental illness

Seems Brian’s emotional and mental woes began to present around age 21 when, according to his report, he began hearing voices and screaming in his sleep. In short order, he quit touring after experiencing a massive panic attack on a flight with the band.

Going into his mid-20s, Brian’s voices transitioned from rather indistinct to fully formed speech that reminded him of critical remarks made by his father – who abused Brian horribly. Accompanying were paranoid beliefs and delusions. For instance, Brian would only conduct business in his swimming pool because he believed his house was filled with hidden recording devices.

Over time, the voices became more frightening, even threatening to kill Brian and his family.

When Brian was 31, his father died. In response, he secluded himself in the chauffeur’s quarters of his estate for two years – sleeping, using substances, exhibiting self-destructive behaviors, and overeating. His weight shot up to 340 pounds.

For those into diagnoses, it’s believed that over the years Brian’s included schizophrenia (unspecified and paranoid types), unipolar and bipolar depression, schizoaffective disorder, and multiple substance use disorders. Schizoaffective disorder is reportedly his current diagnosis. Brian has a history of suicidal ideation and an attempt.

Frantic over Brian’s condition, his wife and family hired a “radical therapist.” Brian was 33. The treatment began to produce positive results; however, the psychologist was fired in a year’s time because of a fee dispute.

Brian’s condition continued its downward spiral and the same psychologist was hired several years later. Again, the results were positive, but it seems the psychologist had major boundary issues and an unquenchable thirst for money – to the tune of a $430,000 annual fee. In addition to being fired, a restraining order was filed against him – and his license was revoked.

With the love and help of his wife, family, and friends, as well as legitimate psychiatric, psychotherapeutic, and medical care, Brian moved on with his life.

The featured image is Brian in the present.

The spiritual experience and we’ll close

So back to the concert. It was, indeed, a spiritual experience. Thanks to my brother’s generosity, I was seated very close to the stage. What a thrill to see Brian in-person for the first time, and to feel the joy of the audience.

It was loving and electric.

But keep in mind, Brian still struggles. He hears terrible, derogatory voices throughout any given day, accompanied by intense fear – which triggers depression and high levels of stress. In fact, “the package” can present during concerts, accounting for an arms at his side meditative posture as he sits at the piano. It’s unfortunate that it’s been misunderstood as some degree of stupor.

And I have to note that Brian’s angelic voice is no more. He still does lead vocals; however, it just isn’t the same. It’s thought that his past heavy cocaine use and chain-smoking are the culprits. But how ’bout this? Brian sings along, and when the high and falsetto parts arrive, a band member takes over, and it comes off seamlessly.

What better way to close than with some inspirational quotes from Brian?

Every few minutes the voices say something derogatory to me, which discourages me a little bit. But I have to be strong enough to say to them, ‘Hey, would you quit stalking me? Don’t talk to me – leave me alone!’ I have to say these types of things all day long. It’s like a fight.

Yes, I’ve been seeing a psychiatrist once a week for 12 years now, and he’s become a really close friend of mine. We talk and he helps me out. He tells me, ‘Well when you hear the voices, why don’t you make a joke and say to them, ‘How are you doing, voices? How are you doing today?’ You know, talk humorously to them. I tried that out and it works a little bit.

Can you detect a spirit of acceptance in Brian’s statements? Sure, he fights to coexist with the voices; however, he doesn’t fight for their complete cessation – to be “cured.” My gut is he knows better. And I believe acceptance is a huge recovery tool for anyone dealing with an emotional or mental disorder.

Whenever my mood and anxiety symptoms begin to get the best of me, I think of Brian. Yes, what he’s overcome, and deals with today, make my troubles seem small. But that isn’t really the point. After all, pain is pain.

I turn to Brian because I know where he’s been and he made it out. And if he can pull it off, so can I. So can all of us.

No set of circumstances are hopeless.

I highly recommend the 2014 Brian Wilson biopic Love & Mercy. You’ll learn so much more about Brian’s “beauty, near-death, and recovery.”

Plenty more articles where this one came from. Review those Chipur titles.

Next Post: And you thought they were just for counting: What our FINGERS tell us about who we are

Previous Post: Chips Off the Old Block | Even More Informative Yummies from the Inbox