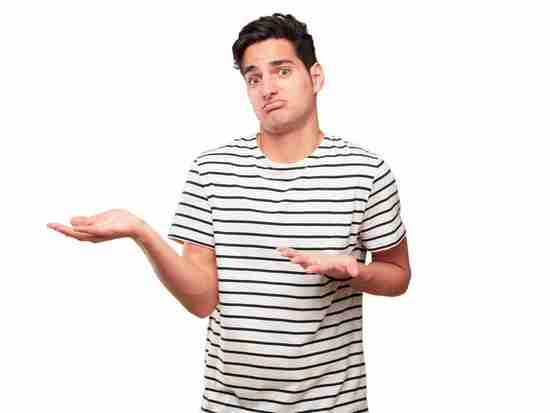 Bipolar disorder is so painful and confounding. I mean, there’s the 1 and 2 of it. Then those major depressive, manic, hypomanic, and mixed episodes. And how ’bout the meds crapshoot? Speaking of which, let’s check-out the latest on the use of antidepressants for bipolar 2…

Dr. Aiken goes on to state that anxiety tends to be even higher in hypomania than during a depressive episode. And the most common chief complaint during manic states? Depression!

I’ve experienced a lot during my decades-long dances with emotional and mental health partners. And though I’ve seen plenty of it clinically, bipolar disorder and I haven’t shared a dance floor.

Now, if we’re going to discuss the use of antidepressants (ADs) for bipolar 2 (BP2), seems to me we ought to review just what it is. But before we get busy, I want to point-out that I prefer the term “bipolarity” over bipolar disorder. And that’s because I’m with docs like Jim Phelps who view bipolarity as a mood spectrum phenomenon. When you finish this piece, hit that link and check-out his perspective.

By the way, this is a longie, so get comfy. Heck, why not print it and absorb it in pieces?

Using traditional, DSM-5, diagnostic criteria, someone with BP2 will experience major depressive (one or more) and hypomanic (at least one) episodes.

Most of us know what a major depressive episode looks like, but what about hypomanic? Well, presenting can be manic-like symptoms such as elevated mood, inflated self-esteem, decreased need for sleep, racing thoughts, talkativeness, distractibility, psychomotor agitation, and an increase in pleasure-seeking behavior. Thing is, though, BP2 typically doesn’t destroy life-routines, doesn’t include psychotic features, and way most often doesn’t lead to hospitalization – as does bipolar 1 (BP1).

But make no mistake, untreated, BP2 can be a real troublemaker.

So now that we have a decent idea of what BP2 looks like, let’s get into the AD discussion. For reference, I’m using a very recent article, “Antidepressants in Bipolar II Disorder,” written by psychiatrist Chris Aiken, MD, appearing in Psychiatric Times. Yep, I’ll hit you a link at the end.

Dr. Aiken gets things rolling by acknowledging that ADs are increasingly discouraged in the treatment of BP1. And he rhetorically wonders if such is the case with BP2, given depression plays a more prominent role and the risk of AD-induced mania is smaller.

Aiken confirms that there aren’t bunches of studies on the use of ADs in BP2. That being the case, available knowledge is based upon what’s known about BP1, and that just isn’t apples-to-apples. But he presents a textbook, Bipolar II Disorder: Modelling, Measuring, and Managing, edited by Gordon Parker, that offers some very interesting information…

In the book, Parker surveyed eighteen international experts on the treatment strategies they use for BP2. Aiken clustered the AD-related responses into four categories…

Aiken notes the response variation, but underscores the one thing nearly all agreed upon: ADs can cause hypomania, mixed states, and worsen the overall course of BP2 by triggering more frequent episodes and rapid cycling. Still, nearly all of the experts saw a role for ADs in treating BP2.

Aiken believes the results indicate that most of the experts viewed BP2 as a more varied group than BP1. And within that group are some patients who do respond to ADs. Even the experts who lean toward avoiding ADs admitted that a small minority of BP2 patients could do well with AD monotherapy.

What Meds Are Used for Bipolar 2?

Dr. Aiken tells us the SSRIs (Zoloft, Prozac, Celexa, Lexapro, etc.) and bupropion (Wellbutrin) are the favorites of the experts for BP2 intervention, because they bring the lowest risk of inducing mania.

The experts were split on the SNRIs (Effexor, Pristiq, Cymbalta, etc.), as their mania-inducing profiles are higher. However, Effexor was highlighted for efficacy and safety because of mention in a small, short-term study.

Nearly all of the experts agreed that the tricyclics (Tofranil, Anafranil, Elavil, etc.) and the MAOIs (Nardil, Parnate, etc.) brought the highest mania risk. Still, as a last resort, both classes, especially the MAOIs, had some success in treating BP2.

When Are Antidepressants Used?

According to Aiken, the experts believed each patient’s circumstances guide when ADs are used for BP2. Considered are past treatment response, comorbidities, family history, and patient preference. Though not kept by many patients, something known as a life chart, a visual map of manic and depressive symptoms sketched over a timeline of a patient’s life, is tremendously helpful.

The experts leaned toward using ADs if the patient responded to them in the past or got worse after cessation. They were also seen as a good option when depression was long-standing and hypomanias were mild and restricted to the distant past.

Features that would steer the experts away from ADs included a history of manic symptoms, mixed states, or rapid cycling within a few months of starting ADs. Any at all rapid cycling, as well as hypomanic or mixed symptoms, within the previous six months were a red flag.

Dr. Aiken states that in his experience BP2 patients rarely have classic mania when they use ADs. He doesn’t believe they’re sufficiently powerful to flip depression into euphoria. However, he suggests they can “sprinkle” mixed features onto the depression. If such is the case, the patient typically reports the medication made her/his depression worse.

Aiken emphasizes that hypomania is difficult to measure, both in practice and research (ah, the subjectivity of what we endure). He believes it’s partly to blame for the inconsistencies in Parker’s poll. Aiken states there’s also disagreement over just how dangerous hypomania is.

Aiken reveals that many of his patients would agree that hypomania generates more depression, mixed states, and uncomfortable life circumstances. That’s because these patients feel that during hypomania they’ve lost control over their mind, as it races with an “anxious pressure,” which can’t be turned off when it’s time to sleep.

Dr. Aiken goes on to state that anxiety tends to be even higher in hypomania than during a depressive episode. And the most common chief complaint during manic states? Depression!

All of this said, Aiken remains reluctant to risk high-magnitude pain by prescribing an AD, especially since there are a variety of med options for bipolar depression. He says that when he does use ADs for BP2 he rarely sees recovery, but at least some response in some 25% of cases. However, he has to ask if it’s a placebo effect and if it came with an added cost of rapid cycling.

In an attempt to answer, Dr. Aiken will attempt a taper after the patient’s life and moods have been stable for about six months, slowly lowering the AD dose over a two to four month period to see if it’s necessary.

Man, broke a brain-sweat putting this baby together, so let’s do a quick wrap-up…

If you’re enduring bipolarity, you know just how painful and confounding it is. So continue to do all you can to minimize your misery by considering all intervention angles – especially ones you’ve just come upon.

Hey, bipolar 2 may or may not be what ails you. In fact, if you’re unsure, what you just read may help you connect some dots. But if you know for sure you’re a BP2er, I’m hoping the info we’ve reviewed will bring something immediately positive to your table. And perhaps you’ll want to share it with your doc. No disrespect, but many of them don’t stay as up-to-date as they should.

Thanks for visiting, okay? And please feel free to comment…

I didn’t promise, but you can still peruse hundreds of Chipur mood and anxiety disorder-related titles.

Next Post: You just found out your life is ending in a year. Yikes, what now?

Previous Post: Our Lives Are “Profiles in Courage.” Just Ask This Guy.