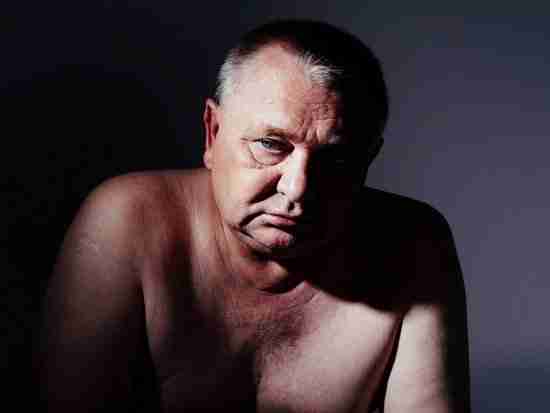 They’re gone. And you hurt everywhere. You never thought it could come to this, not in a million years. Your children cut the ties, they’re out of your life. And you know it’s because of your mental health.

It’s devastating when the reality of being cut loose sinks in. And when it looks as though it’s a long-term arrangement, full body hell breaks loose.

As though an emotional or mental disorder (EMD) doesn’t deliver enough pain, there’s the fallout.

In addition to damaging portions of our being, it can turn the lives of others upside down.

Bringing it to this table, EMD fallout can destroy relationships with immediate family members.

Case in point, the run for cover destruction that occurs when a child cuts ties with a parent. The personal fallout? Take a look at our friend above.

It’s only fair to first take into account the child’s perspective. By the way, I’m using “child” with reference to age, as well as connection to the parent. Of course, more than one child may be involved.

Starting at a very early age, a child typically looks to a parent for sustenance, role modeling, attention, praise, discipline, and love. I believe the bulk of those needs remain intact into adulthood.

We all know an EMD can affect how – if – one functions on any given day. As it pertains to our discussion, if functioning bottoms out, necessary parenting tasks go down with it.

The child, then, is left to wonder what’s gone wrong. And when they can’t figure it out and make things right, they often turn inward for blame.

As the disappointment, frustration, and pain continue, the child looks outward. The only option, then, is cutting ties with the parent and somehow moving on.

Verbal, emotional, and physical violence may present with an EMD. Anyone in the household can be a target.

Whether the child witnesses the brutality or is the victim, the impact is disastrous.

I mean, it’s one thing not being seen off to school because a parent can’t get out of bed. Being exposed to a parent’s violence is something else entirely.

Would you agree that the majority of parents with an EMD know they’re in some way letting their child down?

Name it: not seeing their child off to school, spending most of their time in bed, not taking their child to events and activities, being an embarrassment, distancing themselves because of self-esteem and isolation issues, being under the influence of depression, anxiety, obsessions, compulsions, psychotic features, meds, substances.

In addition to occurring in the child’s formative years, some of the above may have continued into adulthood.

Absolutely, the child suffers. But the vast majority of parents living with an EMD are doing the best they can, hurting as well, and dealing with a tremendous amount of guilt.

Let’s keep in mind, they didn’t choose to be ill.

The message is delivered 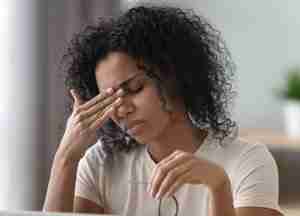 “I looked to you so many times and you always let me down. I have to do this.”

The cutting of ties can happen anytime and notification can be delivered in a variety of ways – directly and implied.

For instance: verbal or written declaration, using a third party, brief and tense visits and communication, ending all forms of contact, exclusion from activities and events, limiting or cutting off access to grandchildren.

It’s frustrating, but reasons for the split often aren’t given. The child simply may not want to get into it. Or they may be so overwhelmed they can’t develop and express reasons just now.

Bottom-line: when a child has decided they’ve had enough, the message gets delivered.

And I’m willing to bet most parents can tell you the date, even time, the news arrived.

It’s devastating when the reality of being cut loose sinks in. And when it looks as though it’s a long-term arrangement, full body hell breaks loose.

Understandably, most parents desperately search for answers: “Why?” “Am I that bad of a person?” “Couldn’t we have worked something out?” “What can I do?”

My recommendation for the first move is objectively assessing the situation. If a reason for cutting ties was given, does it have merit? Posing that question is important, even if a reason wasn’t given.

Is it possible the child’s decision and action may be justified? If so, and the parent is willing to accept what’s happened and work toward resolution, a glimmer of hope penetrates the darkness of the conflict.

Finally, forcing the issue may seem to be the way to go. That could mean ongoing contact with desperate questions and statements, confronting the child in person, sending gifts, or trying to resolve the matter through a third party.

My advice? No way. Turning up the heat is only going to make matters worse. Whether the parent agrees or not, the child believes they have a legitimate reason for turning their back.

Forcing the issue will be received as being disrespectful, as well as “they just don’t get it.”

Taking care of self

So how does a parent survive the calamity and move on with their life? Really, the only option is accepting what’s happened. But nobody said anything about liking it.

Right up there with acceptance is self-care. Diet, exercise, rest, relaxation, recreation, self-kindness, and quality sleep are essential – just as they are in managing the EMD involved.

In my book, acknowledging the truth, an apology if it’s indicated and there’s a way to offer it, and working hard to heal and embrace life makes for a clear conscience.

What more can one do?

Is this wrap for you?

I’ve written for a general audience thus far. But if your child or children have cut the ties, this wrap is for you.

As crushing as it is, I urge you to open-mindedly digest what’s happened and make necessary adjustments. It’s the only way you’re going to be able to maintain forward motion, live a full life – and have a shot at reconciliation.

You never thought it could come to this, not in a million years. Legit or not, temporary or permanent, it did. And my heart goes out to you.

Don’t let it come to being a tortured soul like our friend above.

Be sure to read what I consider to be part-two: “They gotta’ go. And it’s because of their mental health”.

Would you like to read more Chipur mood and anxiety disorder info and inspiration articles? I’d like you to. So head on over to the titles.

Next Post: “They gotta’ go. And it’s because of their mental health.”

Previous Post: 12 things to think about when you want to change your meds