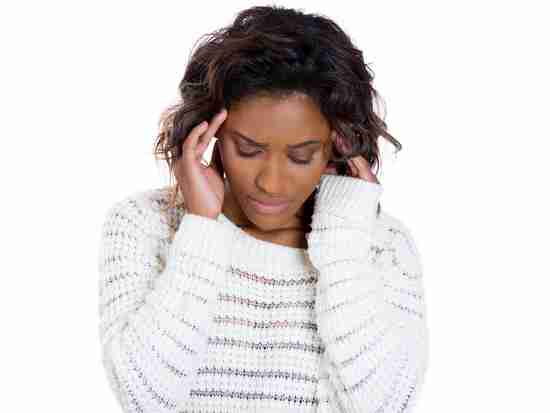 The nonstop ringing, buzzing, and pulsating in your ears. You’re beginning to think you’re going mad. Tinnitus, the gift that keeps on giving. Did you know there are psych connections?

In fact, exposure to high stress has the same incidence of tinnitus as exposure to occupational noise.

I’m guessing three-quarters of those trying to manage a mood or anxiety disorder have had a go with tinnitus.


It’s graced my head for the past two years.

I found an article, Psychopathology of Tinnitus, on Psychiatric Times that provides a ton of valuable information. It was written by neuropsychiatrist Zeina Chemali and psychiatrist Romy Nehme.

As we get into the material, keep in mind the high relief factor of gaining insight into that which ails us.

For me, it’s always been right up there with remedies.

One more thing – the way I handle article recaps. No “Drs. Chemali and Nehme said…” Just know the bulk of what you’re about to read comes from their work.

Tinnitus is the perception of noise in the absence of any corresponding sound source. It typically presents with ringing, roaring, hissing, or pulsating in one or both ears, as well as the head.

There are two types of tinnitus: objective and subjective.

The very rare objective tinnitus consists of a sound heard by the patient and doctor. These can be abnormal sounds of blood flowing through the arteries (bruit), benign humming of blood flowing downward from the brain through the jugular veins (venous hum), or a brief and irregular twitching (myoclonus) of the soft palate or stapes bone in the middle ear. Pretty interesting, don’t you think?

The most common tinnitus, subjective, is only experienced by the patient.

Tens of millions of us are impacted by tinnitus. And .5-2% seek urgent medical assistance for an acute and unbearable presentation or worsening of an existing condition.

The numero uno cause of tinnitus is hearing loss. But, of course, having tinnitus doesn’t necessarily mean you’re losing your hearing.

Beyond the auditory system

Now, things get very interesting from our side of the fence when we come to learn that tinnitus plays with many brain areas beyond the auditory system and pathway.

For instance, electroencephalogram (EEG) studies have shown funny goings on in the anterior and posterior cingulate cortex, orbitofrontal cortex, and insula. 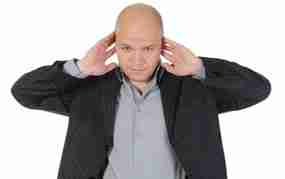 “This tinnitus is driving me nuts!”

But there’s more. PET scans and functional MRI have shown involvement in cortical and subcortical areas of the brain, as well as the amygdala and hippocampus – components of the limbic system.

All of the above are involved with the mood and anxiety disorders. However, the amygdala is likely the biggest player, with its role in processing emotional responses such as fear, anxiety, and aggression.

So it seems tinnitus causes poorer quality of life, especially in those with disabling hearing loss. But on the brighter side, reducing tinnitus intensity has a direct positive impact on quality of life.

How are we going to do that?

As with any other ailment, the best tinnitus treatment outcomes are generated by addressing the underlying cause.

Okay, so if someone is struggling with tinnitus that’s caused by, say, hearing loss, a drug, malformations of blood vessels, stroke, cervical spine and temporomandibular joint (TMJ) issues – they’re to be addressed with appropriate interventions.

When it comes to idiopathic (unknown cause or mechanism of origin) tinnitus, a comprehensive evaluation needs to be conducted to identify issues of relevance. These include depression, anxiety, substance use, and insomnia. Treating these issues, which may require medication, may well reduce the intensity of tinnitus.

Studies have shown that antidepressants such as nortriptyline (Pamelor), sertraline (Zoloft), and duloxetine (Cymbalta) can be helpful in treating tinnitus. Bupropion (Wellbutrin) and mirtazapine (Remeron) have been known to cause problems.

Benzodiazepines such as alprazolam (Xanax), clonazepam (Klonopin), and midazolam (Versed) have been reported to be effective. But you may regret opening that can of worms.

And there are a variety of supplements, as well as herbal and home remedies, touted to be beneficial. Be sure to do your research and check in with your doc.

Well, that’s going to do it. If you don’t know from personal experience, tinnitus can be a real piece of work. And important to us, it has very real connections with the mood and anxiety disorders.

Sorry to say, tinnitus isn’t a quick fixer-upper, but by learning all we can about it, we can manage. Knowledge is power (but useless without action).

Be sure to read the full article in Psychiatric Times: Psychopathology of Tinnitus. Also take the time to check-in with the American Tinnitus Association.

And how could we ever forget those hundreds of Chipur mood and anxiety info and inspiration titles?

Next Post: Great News! Chipur’s Personal Consulting Service Is Up and Running

Previous Post: Why Santa believes this is an especially important holiday season