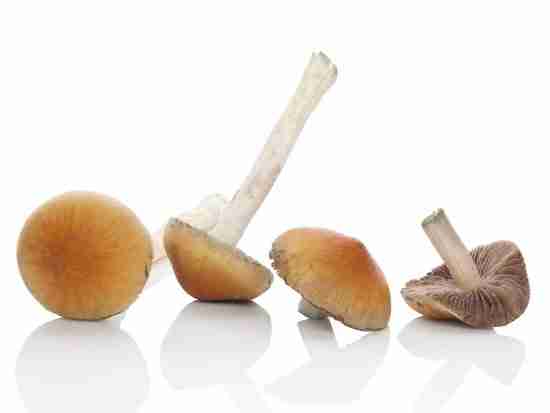 Treating depression with psilocybin. A hot topic for years; however, the medical establishment and government officials haven’t been receptive to the medicinal use of psychedelics. Let’s see if minds are opening…

…psilocybin works faster and better on most measures, and has a different and slightly better side effect profile than current antidepressants.

Those “shrooms” in the image contain psilocybin, a hallucinogenic chemical compound.


Psilocybin has fueled many a spiritual and recreational trip. And now it’s getting renewed attention as a potential treatment for emotional and mental disorders.

Before we get into the goods, some updates…

Update 12.27.22 From Verywell Mind: As Evidence For Treatment Potential Grows, So Has Psychedelic Legality

Update 12.16.22 From a reader’s comment (This is an FYI, not a recommendation. Furthermore, with very few exceptions, it’s illegal.): “After 3 1/2 yrs the ket(amine) didn’t keep working. I had been reading and studying the effects of micro dosing Psilocybin. I found a mycologist who is making mushroom chocolate bars. After adjusting the dose to 100mg 4 days on, then 3 days off I find myself free of my psych meds. Three months now, micro dosing I have little to no side effects and my depression, Anx, and PTSD are in check.”

Update 4.16.22 From the University of California, San Francisco Weill Institute for Neuroscience: Psilocybin rewires the brain for people with depression

Update 3.7.22 From Johns Hopkins University: Psilocybin treatment for major depression effective for up to a year for most patients, study shows

Okay, happened upon a fascinating article in the journal, Nature. In his piece, “Will psychedelics be a ‘revolution in psychiatry’?”, science journalist Asher Mullard interviews neuropsychopharmacologist Dr. David Nutt.

Dr. Nutt is a professor at Imperial College London and the chairman of Drug Science, a non-profit he founded to provide independent, evidence-based information on drugs.

Nutt has been a controversial figure over the years, his views at times ruffling professional and political feathers. Is that a bad thing?

Mr. Mullard opens his article by pointing out that trial design considerations, regulatory hurdles, and economics continue to present barriers for psychedelic-assisted therapies.

He goes on to say that in the 1970s, early in Dr. Nutt’s career, there was evidence that psychedelics could work wonders in mental health. However, the medical establishment was overly concerned about the perceived dangers of mind-altering agents. As a result, government officials made the compounds illegal, and research into potential therapeutic uses came to a halt.

According to Mullard, Nutt and others have continued to advocate for open-mindedness, as a growing body of evidence supports the view that psychedelics could provide a much needed boost for psychiatric medicine.

For instance, phase III trial results for MDMA (Ecstasy) in the treatment of PTSD show the drug, in conjunction with psychotherapy, improved outcomes. And though Dr. Nutts’ phase II trial of psilocybin for the treatment of depression missed its primary end point, progress was made on several fronts and research work continues.

In fact, if you go to ClinicalTrials.gov and enter psilocybin in “Other terms,” you’ll get details on scores of studies, featuring a variety of emotional and mental situations.

By the way, if you’re interested in participating in a psilocybin – any – clinical trail, why not head over to the ClinicalTrials site, pick out a study that fits, and reach out to the contact person?

Okay, what you’re about to read comes from Dr. Nutt in response to Mullard’s questions. No way could I include content from the entire interview. I just want to bring you a quality psilocybin for depression introduction. And you can do some digging if you’d like to learn more.

Medicinal use of psychedelics: Psilocybin and depression

As Dr. Nutt was discussing his dosing of patients with psilocybin in the 2000s, he stated his work with psychedelics was an effort to understand the psychedelic state.

Nutt observed that the brain’s cerebral cortex is full of 5-HT (serotonin) receptors, so it’s important to understand what they’re doing. Why are they there? How will psilocybin effect them?

Through the work, Nutt and his team learned that parts of the brain related to depression can actually be turned off. And it was then that they seriously began to think about the therapeutic uses of psilocybin.

Dr. Nutt continues to believe psychedelics are going to be a revolution in psychiatry. But hear me, psychotherapy has to be a key component of any psychedelic regimen. 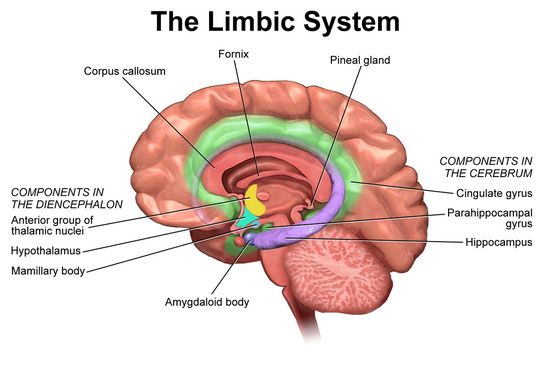 SSRI antidepressants work on 5-HT1A receptors in the limbic system

It’s Dr. Nutt’s opinion that psilocybin works faster and better on most measures, and has a different and slightly better side effect profile than current antidepressants. And that’s because there are fundamental differences in the way the drugs work.

He explained that SSRIs work on 5-HT1A receptors in the limbic system (located beneath the cerebral cortex – the outer layer of the brain). The action allows the brain to heal from the effects of chronic stress. He described it as putting a plaster cast on a broken leg to support the bone until it heals.

He went on to say the psychedelics, including psilocybin, work in the cerebral cortex via 5-HT2A receptors. The action disrupts the repetitive negative thinking that’s so troubling in depression. Nutt referred to it as resetting the brain’s thinking process.

He also mentioned that impacting the 5-HT2A receptor seems to be very powerful in terms of driving neuroplasticity, a miraculous natural healing dynamic.

We can’t rely solely upon the meds development pipeline when it comes to relief for the emotional and mental disorders. That’s why research work has to continue with the psychedelics. There’s way too much at stake.

But as much promising evidence as there’s been over the years pertaining to the psychedelics, questions remain. Dr. Nutt from the article…

How do you sustain wellness after a psychedelic? Okay, so people get better. But do they stay well? And how do you maximize staying well? Do you keep giving psychedelics or do you put people on an SSRI, or in psychotherapy?

Be sure to read the entire interview with Dr. Nutt in Nature: Will psychedelics be ‘a revolution in psychiatry’?

All those Chipur mood and anxiety info and inspiration articles. Gotta’ hit the titles.

Next Post: The mood and anxiety disorders: A helpful Q&A