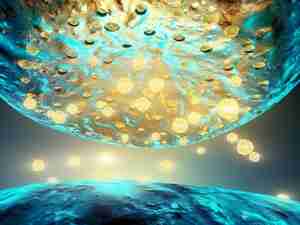 Neurotransmitters! We hear all about them as we ponder “What causes depression?” and “What causes anxiety?” But just what are they – and what do they do? (And why should we care?)


In the midst of my anxiety and mood nightmare, it was important to me to understand the in’s-and-out’s of my ailments. As a counselor, keeping current on the biology of the mood and anxiety disorders remains a top priority. How else could I provide much needed explanations to my clients?

Yep, I’ll say it again – “Knowledge is power!” It also happens to be relief and healing. That said, let’s dig-in to the biological foundation of the mood and anxiety disorders, as we learn about neurotransmitters.

Our brains consist of some 100 billion neurons (nerve cells). Each and every one of them generates between one and 10,000 synapses (connections between neurons). So that would mean the number of potential synaptic connections in the brain is right at 40,000,000,000,000,000. That’s an astounding forty quadrillion!

Messages travel from neuron to neuron in the form of electrical potential. And to maintain this interconnectivity, during synapse such a message takes a one-millionth of a centimeter jump at speeds up to 260 miles-per-hour. Without neurotransmitters the jump can’t occur – or, perhaps, not as efficiently.

Neurotransmitters are stored in tiny vesicles gathered at the tip of a neuron’s axon, and they’re activated upon the arrival of electrical action potential. When activated, neurotransmitters pour out and spread across the synapse area (the cleft).

Once there, they’re active for between .5 and 1 millisecond. In this incredibly brief time-frame the neurotransmitters cross the cleft, binding to receptor molecules on the dendrite of the receiving neuron. The dendrite then conducts the electrical signal into the body of the neuron. Message sent and received!

So they’ve done their job. Neurotransmitters now have several potential fates, one of which is re-absorption by the molecular transporter of a pre-synaptic neuron – a process known as reuptake. Sound familiar? It ought to, as virtually all modern antidepressants inhibit neurotransmitter reuptake. And at least in theory, it’s all about maximizing the presence of neurotransmitter in a synapse, ensuring all is going according to design.

Neurotransmitters come in assorted types, with many variations within. Let’s take a peek at two classifications that loom large in the mood and anxiety disorders. Oh! When you read the physiological and cognitive functions these neurotransmitters impact, you’ll understand why side-effects are an issue with psychotropic medications.

So there you have it – a thumbnail on neurotransmitters. I know I tossed bunches of information at you; however, when it comes to “What causes depression?” and “What causes anxiety?” we need to be exposed to it. And it’s also important to understand the targets of the medications being used for the relief of the mood and anxiety disorders. For now, anyway, they’re neurotransmitters.

Knowledge is power? I sure think so…

Previous Post: Are You Depressed? Anxiety and Fear? It’s Time to Heal