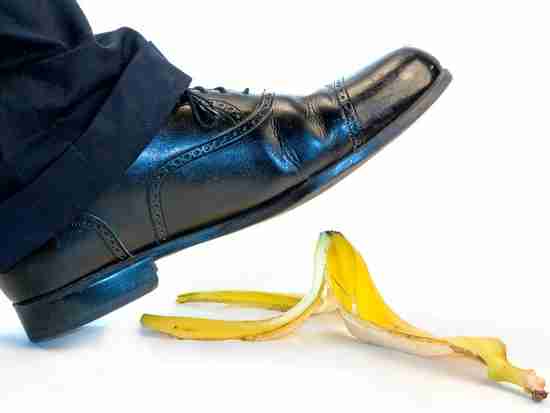 Fifty years of emotional and mental adventure. And for what are now constructive reasons the whys still matter. Here’s one thing I know for sure: my banana peel tumble was an accident waiting to happen.

And when the combo exceeds our personal threshold, the accident waiting to happen – happens.

Sometimes you just feel like talking things over. I mean, you have a pretty good idea where you want to go, but the exact destination isn’t clear.

That’s where I am as I approach this piece. So let’s get after it and see where we end up…

And so it begins

I remember it like it was yesterday. Twenty-years-old and starting my junior year at college. And then bam! The symptoms of panic disorder with agoraphobia sent me tumbling downward. It was as though I was running on hundreds of banana peels.

Looking back, there were hints throughout the previous three years that something terribly unpleasant was coming. But when I went down, I had no idea what hit me, much less what to do about it.

The very sad – wasteful – thing is, I wasn’t assessed, diagnosed, and treated until fourteen years later. But emotional and mental health discussion and resources were limited in those days.


So what could I do? I buddied up with alcohol and worked hard to keep moving forward.

Be it anxiety, depression, mania, stress, whatever – why us? (Of course, there’s why not us?)

The frustrating answer is for all sorts of reasons, known and unknown. And what we’re wrestling with figures into the equation.

So here’s what we’re going to do. Let’s take a big picture approach and discuss something known as the diathesis-stress model (DSM). I think you’ll find it interesting and relevant.

First, the Merriam-Webster definition of diathesis…

A constitutional predisposition toward a particular state or condition and especially one that is abnormal or diseased.

The DSM suggests that predispositional vulnerabilities (diatheses) combine with stress from life experiences to generate, in our case, mood and/or anxiety symptoms and disorders.

Those predispositional vulnerabilities are genetic, psychological, biological, and situational factors. Life experiences? They can range from seemingly minor misunderstandings to full-blown trauma throughout our life span. 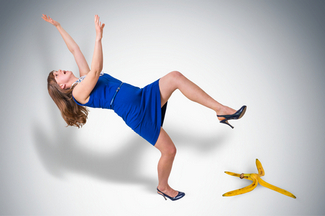 “When I pick myself up, at least I’ll know it isn’t my fault. It was bound to happen sooner or later.”

Let’s work through a simple example. Melissa and Brian (not related) have a family history of depression and anxiety. That diathesis makes them more likely to present with mood and/or anxiety symptoms or a disorder.

Now, Melissa had a very stable childhood and adolescence environment, and she maintains a supportive social network as an adult. Her self-esteem is strong.

Brian, on the other hand, was emotionally and physically abused as a child and teen. Now in adulthood, he doesn’t think much of himself and prefers to be alone.

The DSM would submit that Brian has a much greater chance of developing mood and/or anxiety symptoms or a disorder than Melissa, even though they have the same diathesis.

Now, keep in mind, the DSM allows for protective factors. So Melissa’s nurturing social network and strong self-esteem work to counteract the impact of the life stressors she may have experienced. As a result, expression of her predispositional vulnerabilities is curbed or even prevented.

There are other factors to take into account. What about the strength of the diathesis – their genetic predisposition for depression and anxiety? I mean, is the history about parents and siblings or a few distant cousins?

And then there’s the presence of other diatheses. Perhaps conditions such as a thyroid or seizure disorder are involved.

I’ve used the DSM as a guide for coming to understand my decades of emotional and mental adventure. Actually, I arrived at its bottom-line before I knew it existed.

There’s no doubt in my mind that diatheses loom large in my disorder presentation. Genetics, situational factors, biology, and who knows what else – for me, they’re major players.

Then you add an unsettled childhood and adolescence – and boom. Here I am decades later with a mood and anxiety disorder, not to mention a nasty alcohol problem I handled going on thirty-eight years ago.

Making the DSM personal to me means relief when I feel guilt or shame about my emotional and mental circumstances. And that’s because it assures me that even though I’m responsible for management, it just isn’t my fault.

So what about your emotional and mental situation? Do you think it’s your fault? Aside from doing nothing about it, I really don’t see how it could be.

But if you aren’t buying that, let the diathesis-stress model help you connect the dots. Perhaps then you’ll be able to understand and accept your banana peel tumble – with no guilt or shame in the present.

Fifty years later and for all the right reasons, the whys still matter.

I’m perfectly fine with having been an accident waiting to happen. Shoot, if it was bound to go down, let’s roll so we can get on with recovery.

Were you an accident waiting to happen? No? What’s your explanation for what you’re dealing with? Yes? How will you make it work for you?

Inviting you to access hundreds of Chipur mood and anxiety disorder info and inspiration articles.

Previous Post: “But what if my ’season of life’ doesn’t change? Then what?”