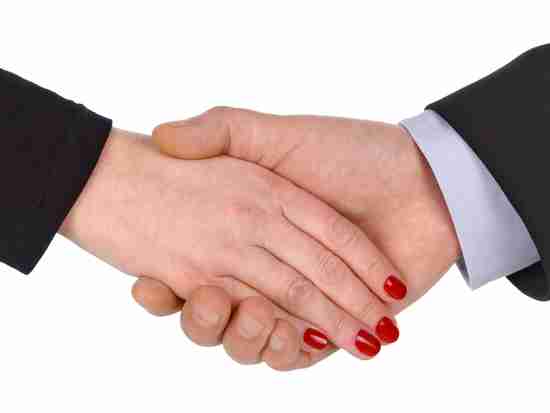 We’re human beings, and we have basic needs. I believe one of them is social interaction, which often includes touch. We have a major problem: we’re living in separated times. Seriously, how long has it been since you touched someone? Do you miss it?

Oh, I suppose one could satisfy a deep-seated need by venturing a handshake or hug with an unsuspecting someone. But I’m not liking how that might turn-out.

Walked into a Walgreens last week. Deciding which aisles I needed to hit, I did a quick panorama. All I could absorb was people wearing masks and gloves, and keeping their estimated six-feet of distance from each other.

I’m telling you, a shopper may as well have slapped me with a gloved hand. Yeah, the mega-dose of actuality was that powerful. And for a couple of hours, I kept saying to myself, “Is this what they’re calling the ‘new normal?’ If it is, I’m out.”

Shockingly, I haven’t touched someone since hugging my son on March 13. Think about that! “That” is just about seven weeks since I’ve laid even a fingertip on someone, or they me.

“That” is absolutely absurd.

Okay, to paint the entire picture, I live alone. And that certainly is a difference-maker. Still, almost 50 days sans human touch ain’t healthy – for me, anyway.

Make no mistake about it, I’m fully aware as to why social-distancing, excommunicating, holing-up, or whatever you want to call it has been a necessity. Yes, I know we’re in the midst of a pandemic. No wake-up calls or splashing of cold water required. And in spite of being a contrarian, I’ve been a darned fine rule-follower.

I’m simply stating what so many darned fine rule-followers may be thinking: I don’t like our separated reality even a little. And I’m beginning to wonder if the “fix” is really worth its emotional and mental torment.

There, I said it.

The other day, I asked members of the Chipur Facebook group what part of pandemic-coping practices – social-distancing, wearing masks/gloves, etc. – is most bothersome. Here are three responses…

I can relate to all of the responses. But not being able to shake someone’s hand hits me the hardest. For me, there’s just something about the connection. I suppose hugging – a soft one-armer, anyway – is the same. Still, it’s the look ’em in the eye handshake that does it for me.

And thinking, as it’s been proposed, that handshaking is a thing of the past hurts my heart. That bonding is a basic human need to which I’m very sensitive.

Perhaps you feel the same. 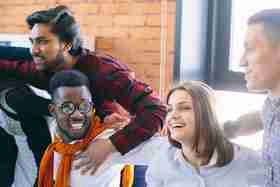 So what do we do now?

Well, we can’t ignore or deny the facts. We’re in a tough spot with this pandemic business and it isn’t going away tomorrow.

Oh, I suppose one could satisfy a deep-seated need by venturing a handshake or hug with an unsuspecting someone. But I’m not liking how that might turn-out.

“So what now?” really becomes a tough question.

I mean, we’re dealing with varied sets of circumstances. Sure, many of us live alone, so touching isn’t really possible. Yet many live with spouses, partners, family members, and friends. If it’s been determined that the home is virus-secure, a measure of touch may frequently occur.

And, you know, there are a good number of folk who have been deemed “essential” workers (poor choice of words, I think). So they spend time in workplaces, in most cases with other employees. But now that I think about it, the touch thing is likely off-limits.

Is the Problem Touch or Isolation?

Maybe my “So what now?” ponderings have led to an even more important question: should our discussion be limited to touch or is isolation a factor, as well? Actually, I think it’s both – individually and together.

Yeah, that makes sense. Look, there are plenty of people who have no issue with zero touching, but can’t stand isolation. And vice-versa. Of course, there are scads of people who can’t tolerate either.

So Really, Really What Now?

Can you tell I’m blowin’ as I’m goin’? There’s a lot of that floating-about these days, much like a certain virus.

It’s like I know for sure what I’m thinking and feeling, but when it comes to expressing it, so much more comes to mind. I’ve said before that articles like this are so much harder to write than scientific ones. Funny how it goes with personal stuff, right?

We’re living in extraordinary times during which anyone’s hot-button basic human needs will be revealed and tested. I don’t care who you are, there’s just no running from it. But it can be a really good thing. I mean, how often are we presented with an opportunity of this magnitude to learn and grow?

Oh yeah, the touching and isolation issue. Even an old contrarian like me can’t deny the times – the dilemma. So I’m going to continue to miss touching like a big boy, though I have to tell you the isolation piece doesn’t hit me as hard.

How will I do it? I’ll find ways to suit each moment. But the overall strategy is to firmly believe these separated times will, indeed, pass. And so much of all we’ve missed will return to a tolerable “normal.”

In the face of naysayers, I’m betting on human nature.

Hey! For a ton of perspective, be sure to read Chipur article Opportunity Is Knocking: Will We Open the Door?

Looking for a good read? How ’bout my eBook? Feelings & Rhymes Through Treacherous Times: Poetry, Commentary, Perspective and Relief for Anyone Struggling with Emotional or Mental Distress

And I’ll bet you want to read more Chipur articles while you’re hanging at home. Well, don’t let me stop you.

Next Post: Me, Myself, and I: How to Become Darned Good Company