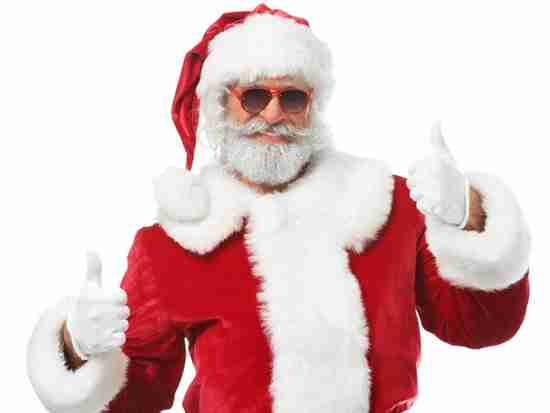 People are feeling the strain. COVID-19 is pounding its chest, as though we haven’t had enough, and the holidays are here. One tough combo, but, really, it’s the holiday season that can bring us light. And that’s why Santa believes this one’s especially important…

And it’s my opinion that one can build something special and satisfying upon an existing foundation of goodwill and light.

Look at Old St. Nick up there. Think he’s feeling the strain? Doesn’t appear to be. In fact, he seems to be on top of his game. I’m thinking he knows something we don’t. Like everything’s gonna’ be alright?

Last week, in Enough already: How to wrap-up a very trying year, I talked about the importance of not blowing-off the remainder of 2020, giving it a proper wrap-up. To that end, the first order of business is the holidays. News flash: though they may look different this year, they’re definitely on.

Well, we just handled Thanksgiving. And Christmas, with its lead-up, is here. In last week’s piece I said…

“In my book, you just don’t mess with Christmas. There are way too many memories and traditions involved – so much spirit and love. I mean, what do we have left if it all falls by the wayside?”

I don’t know, maybe that’s one of the things Old St. Nick seems to know.

When posting an article, I do my very best to present mood and anxiety disorder relevant, helpful, and hopeful material. Each week I think long and hard about what I’ll bring your way – looking at what I’ve presented recently, as well as what’s going-on in the world.

Even though I went with a trying times theme last week, I have to go with it again. I know it may come off as repetitive, but my gut tells me I have to continue the words of encouragement, motivation, and inspiration.

It’s just the right thing to do.

Look, I can’t think of anyone – personally and professionally – who hasn’t mentioned something about the tension of the times during an encounter. Just this morning I received a text from a client about a troubling situation. She began with…

“I am at home and obviously everyone is stressed like the rest of the world.”

That says it all, doesn’t it? 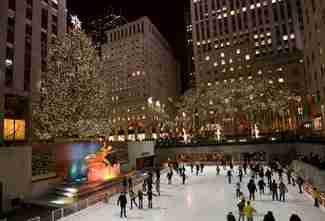 Perhaps I’m taking liberties by stating Santa knows something we don’t, like everything’s gonna’ be alright. And then there’s the part about his belief that this is an especially important holiday season.

It’s not as though he came down the chimney last night and told me. Funny, it could well be a transference of my very personal feelings and wishes onto Old St. Nick.

No matter. The point is, perhaps we can use the freshness and light – spirit and love – of the holiday season to get us through our trying circumstances.

And don’t think I’m insensitive to the possibility that the holiday season, with its memories and traditions, may make one bummed and nauseous. I get it, I really do.

But for those who struggle with holiday seasons past, I deeply believe in new beginnings. And it’s my opinion that one can build something special and satisfying upon an existing foundation of goodwill and light.

That can go a long way toward relieving a whole lot of misery.

No doubt, between COVID-19 and the holidays, people are feeling the strain. But maybe we can separate the two, blocking a staggering combo-punch. And that’ll also allow us to use the holiday season to pull through a tough bout.

I really do believe that’s why Santa believes this one is especially important. I mean, look at him. Seems pretty jolly to me.

If you’re looking for some holiday reading material, and a little help, be sure to peruse the Chipur titles. Plenty going-on.

Next Post: Tinnitus: What you need to know about the psych connection