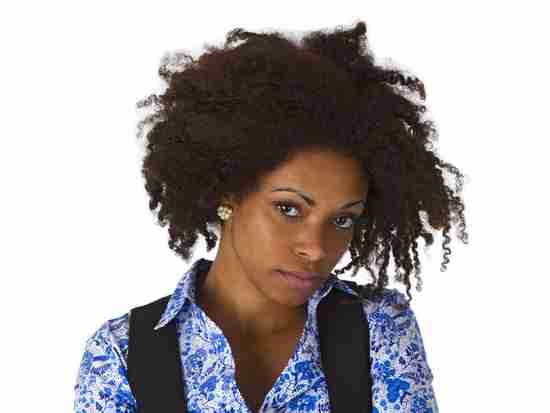 Suffering gets old, doesn’t it? Still, most days we somehow muster the inspiration and drive to grab some more. And then there’s the rut-factor, stripping us of the will to creatively challenge our demons. If you’ve had enough, you need hope. Perhaps you’ll find it in “Why We Suffer”…

Learning from readers is a wonderful by-product of producing a blog. Often, a reader will drop me a line, sharing a strategy or technique that really hit home. And the circle becomes complete when I bring the information to you.

Recently, a struggling reader directed me to a website with content that nailed him right between the eyes. The name of the site is “Why We Suffer: Transformative Insights from Depth Psychology,” and it features the work of author and psychotherapist Peter Michaelson.

Obviously, the reader found the content powerful. So did I.

Basic Principle of Why We Suffer

When you hop on “Why We Suffer,” Michaelson offers several links at the header. The first one is “Basic Principle,” and since it tells the tale, I’d like to present it to you, in summary.

Most Suffering is Due to Lingering Attachments to Unresolved Negative Emotions

Now, before we “dig deeper,” we need to address the notion of an unconscious mind. Does it exist? If so, what is it?

According to Dr. Timothy D. Wilson, “…the unconscious mind comprises mental processes that are inaccessible to consciousness, but that influence judgments, feelings, or behavior.” Sigmund Freud viewed the unconscious mind as the primary source of human behavior, and like an iceberg – the most important part of the mind is the part you can’t see.

(For what it’s worth, I strongly believe in an unconscious mind, and its power.)

Peter Michaelson supposes we can feel just fine much of the time; however, our psyche can remain bound to negative attachments that generate our haunting feelings of unhappiness. And we’re most often making unconscious inner choices that generate that unhappiness.

Michaelson challenges us to gain insight into the “bittersweet appeal of negative emotions.” That’s a heady bit of thought, isn’t it? Again, he believes, at an unconscious level, we actually choose to feel – you name it – deprived, refused, helpless, criticized, rejected, betrayed, abandoned.

And the pool from which these inner choices are pulled? Unresolved negative emotions from our past.

Yep, beyond conscious awareness, we recreate and recycle these familiar and painful feelings through the events and situations of our present everyday lives.

Fooling Ourselves with Emotional Attachments

In an effort to describe our inner conflict, Michaelson runs with the term “emotional attachments.” He accepts that, consciously, we detest our suffering. Still, unconsciously, we’re often willing – determined – to experience the unresolved negative emotions that, in fact, produce our suffering.

Tens of millions of us possess these emotional attachments; however, the problem usually goes unnoticed and untreated because it isn’t well understood.

At this point, you may be thinking, “Um, Bill, you seem to be a good enough guy, but you’re getting goofy on me here.” Michaelson wouldn’t be the least bit surprised by that observation. And that’s because he believes all of us are highly reluctant to see our emotional attachments and own our participation in our suffering.

According to Michaelson, “Fooling ourselves comes naturally.”

For example, it’s not uncommon for us to blame others for our unhappiness. We may say inwardly, “That boss of mine has a cocky attitude, and she’s making me feel angry as heck.” With some acquired awareness, we might go with, “My boss’s cocky attitude has triggered my willingness to experience an unresolved emotion within, which produces anger.”

In addition to blaming others for our misery, we often turn to blaming life circumstances. So maybe it’s, “I would really be happy if I was better looking and had a great body.”

But, ultimately, it almost always comes down to blaming ourselves for our unhappiness. And Michaelson believes for the wrong reason.

For example, we might say to ourselves, “The problem is I’m too lazy,” or, “I’m just an angry person – that’s the problem!” Thing is, though, the laziness and anger aren’t the points of intervention. They’re just surface symptoms of much deeper issues.

And Now the Insight and Work Begins

As we work through insight and adjustments, we’re going to use the statement from just above, “I would really be happy if I was better looking and had a great body.”

Michaelson submits if we’re convinced we’re unhappy because we’re not attractive enough, we’re likely, deep in our psyche, emotionally attached to the feeling of rejection. Heck, we’re actually rejecting ourselves.

The problem really isn’t our alleged lack of physical attractiveness, but our determination to experience rejection. And that could come from others, as well as through our relationship with self.

So, yes, Michaelson is saying we’ve made an unconscious choice to suffer in this manner, and it’s caused by an emotional attachment to rejection. He would suppose we have a history of feeling rejected that goes back to our childhood.

To bang the point home, Michaelson observes we suffer when we feel rejected by others, even though, inwardly, we’re the first ones in line to reject ourselves. That being the case, we have to become aware – conscious – of our emotional attachment to rejection. And then it’s on to tracing our surface symptoms (anger, laziness, anxiety, depression, resentment, bitterness, etc.) back to the attachment.

Again, it’s very likely we aren’t even aware that rejection is the deeper issue because we’re fooled by our (very sophisticated) defenses – and entangled in those surface symptoms.

Michaelson emphasizes that we have the power to change our attachments to unresolved negative emotions. But it’s not going to happen unless, and until, we see them clearly. Then, with insight, we can trace the painful and self-defeating symptoms that pound us day-in and day-out to our underlying emotional attachments.

By the way, rejection is just one of a handful of negative emotions to which we can be attached. We can also “experience ourselves” (I love that expression) through feelings of criticism, deprivation, refusal, helplessness, control, betrayal, abandonment, and more.

But in spite of it all, Michaelson reminds us our suffering can become a distant memory when we come to grips with how our psyche works.

Yeah, suffering gets old. Is that how it is with you? Are you just flat-out tired? Well, there’s often hope in a change of direction.

Please check-out Peter Michaelson’s work on Why We Suffer. You’ll have access to his insightful articles, as well as his books – and professional services. Oh, and be sure to watch his video, “Berglerian Analysis.” 20th century psychoanalyst Edmund Bergler is worthy of notice and study.

Hey, speaking of articles (he clears his throat). 681 of ’em are waiting for you.

Previous Post: Chips Off the Old Block | More Informative Yummies from the Inbox