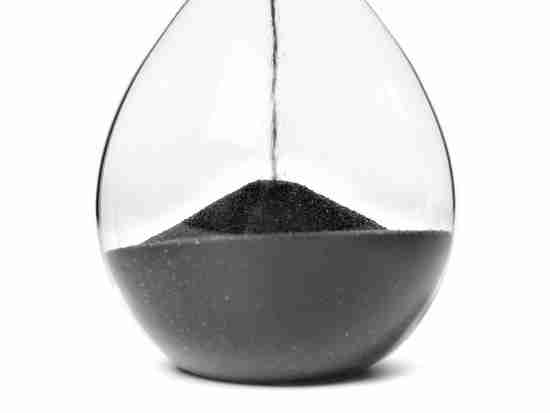 Playing the role of the doomed, questions came from all angles. And as I mentioned earlier, the inquiries, and their answers, provided a great measure of peace, as well as tons of insight…

When my anxiety disorders surfaced in 1973, at nineteen-years-old, I had no idea what hit me. And it wasn’t until sixteen years later that I caught my first diagnosis and gave meds a go. I remember them well: the tricyclic antidepressant imipramine (Tofranil) and the beta blocker propranolol (Inderal). And they helped. Now, keep in mind this was 1989 and the first SSRI, fluoxetine (Prozac), had been on the market for just shy of two years.

I don’t have to tell you how long those sixteen years were. But like any of us would, I dug deep and found ways to cope and continue forward motion.

Taking It to the Extreme

One of the coping mechanisms I came up with was the concept of taking immediate troubles to the ultimate extreme, judging my circumstances at that later moment in time.

So let’s say I was experiencing concerns over chest pain, and catastrophizing was leading me to believe I may be having a heart attack. I learned to ask myself what would happen if, indeed, I was – taking the matter to the ultimate extreme. After a few rehearsals I was able to come to the very reasonable conclusion that I’d, well, hit the ER or call 911. And I allowed as how I’d likely be just fine.

Though I don’t have to turn to it nearly as often, the technique continues to work well. And in addition to getting me out of a jam, it provides quite a bit of insight into my psyche and my reactions to what it produces.

That’s where I’m going with the ultimate extreme of your life coming to an end in a year, suggesting you seriously consider it and see where it takes you. And along the way you’ll be rehearsing an effective coping technique.

Where Did That Come from, Bill?

So how in the heck did I come up with this particular end of life extreme (aside from the existential dynamics of one in their mid-sixties)? Two things, actually. First the dreams, all of the same theme. And I’m wondering if you’ve experienced the same or similar.

I have no clue where I am and there are people around, but I don’t know them. Suddenly I somehow find out I’m going to die in five minutes and have no idea how it’s going to go down. And so there’s this deep and dark feeling of desperate and empty finality. Well, thank God I awaken before it happens. And, of course, the joy and relief knowing it was all a dream are intense.

Okay, even more significant, the other set-up. My primary care doc and I agreed there were a handful of tests I ought to have going into my “Happy Trails” years. Fact is, like many mood and anxiety disorder vets I’ve asked a lot from my body over the decades.

Well, the potential results of an imaging procedure, really got in my head. And, naturally, my at times cognitively-distorted thinking convinced me I would soon have confirmation of my coming death.

The “What Now?” Part

Thing is, though, I had the test last Thursday and didn’t see the results online until the following Sunday morning. So there were three days of mystery and my highest quality catastrophizing.

Man, I was good. And, of course, my fear was the results would show the most awful cancer ever discovered and I’d have but one year to live (if I played my cards right).

So as my three-day cognitive distortion fest began, what do you suppose I turned to for relief? That’s right, the ultimate extreme technique. I said to myself, “It’s true, Bill, you will be diagnosed with cancer and will be told you have one year to live.” And then came the “What now’s?”

So Many Questions, So Much Insight

Playing the role of the doomed, questions came from all angles. And as I mentioned earlier, the inquiries, and their answers, provided a great measure of peace, as well as tons of insight into how my mind works and my reactions to its output. Just a sampling…

Wild, isn’t it? So the whole point was to convince myself that the ultimate extreme would be okay by me, thereby negating the bulk of the immediate fear and icky mood. And it really worked. Not that I wanted to die, but it worked. And think about the power behind the questions and their answers. What a lesson in self.

Oh, everything turned-out just fine. But I guess given what I convinced myself was fact, I’d have to clarify that the test was negative.

So what do you think of the ultimate extreme technique as it may apply to working with your catastrophizing or other cognitive distortions? Think it’s a player for you?

And then there’s this whole concept of what would go through your mind, and what you would do, if you found out your life is ending in a year. Seriously, what would be your questions and answers? And what would you learn about your psyche and your reactions to what it produces?

The most important question of all: Is it worth giving the exercise a go?

Hmmm, kind of a straight off the top, “out there” article this week. Maybe? So thanks for indulging me.

Hey, I’d sure love for you to read any of the hundreds of Chipur mood and anxiety disorder-related articles. Thinking you’d love it too.

Next Post: “In a Perfect World”: What Would Yours Tell You About…You?

Previous Post: “They tell me I have bipolar 2. So, antidepressants…yes, no?”